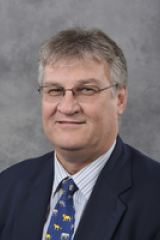 Nick Smit is vice president of Africa for Alltech. He grew up on a dairy and crop farm on the west coast of South Africa, and he attended Stellenbosch University in South Africa, from which he received his bachelor’s degree in agriculture, and the University of Guelph in Canada. Smit then went on to work for Ralston Purina in Canada and joined Alltech in 1991 to head up Alltech Canada while at the same time taking a lead role in developing Alltech’s ethanol division in North America.