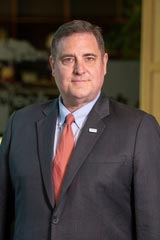 Based in Beijing, China, Jonathan Forrest Wilson, president of Asia, is responsible for leading Alltech’s strategy within the world’s largest feed market.

With more than 25 years of experience living and working throughout the Asia-Pacific and Oceania region, Wilson’s career has focused on leading industrial businesses and agribusinesses to help them reach their full potential. He has led businesses with operations on every continent, developing and executing growth-focused transformation strategies, including cross-border mergers and acquisitions, sales, product development, capital projects and technology initiatives in both emerging and developed markets.

Prior to joining Alltech, Wilson was chief operating officer and an executive director of GODACO Seafood in Ho Chi Minh City, Vietnam. He was also senior advisor to Navis Capital Partners Private Equity in Kuala Lumpur, Malaysia. Previously, he was group CEO and a board member of Hong Leong Industries, a
Malaysia-based, publicly traded industrial conglomerate with $1.4 billion in sales.

Wilson joined Gold Coin Group in 2009 as chief operating officer and a member of the board, later rising to acting CEO. Gold Coin is one of the largest family-owned feed, premix, animal nutrition, shrimp genetics and poultry integrators in Asia, with sales of over $1 billion. His experience growing Gold Coin Group’s business ignited Wilson’s passion for advancing innovation in agribusiness and aquaculture. Before working at Gold Coin, he held top management positions as vice president and managing director of Asia at IMERYS and managing director of Asia at Great Lakes Chemical Corporation. He joined Unilever’s National Starch and Chemical Company in 1987.

He sits on the advisory board of Saigon A.I., a technology startup that aims to increase the participation of women in STEM fields, specifically data science and artificial intelligence. He also sits on the advisory board of Zero Waste Saigon, a startup dedicated to finding natural and innovative solutions to combat the problem of single-use waste and its impact on our environment using community engagement. Wilson is an active member of the Young Presidents’ Organization (YPO) and the American Chamber of Commerce (AmCham) Vietnam. He speaks French and Bahasa Malaysia, and he is a student of Mandarin Chinese.

He received a bachelor’s degree in chemical engineering from The Catholic University of America in Washington, D.C. He also holds a master’s degree in business administration with an emphasis on finance from Rutgers University. Wilson has been married for nearly 30 years and has two daughters, both of whom are working in agriculture and natural resources.