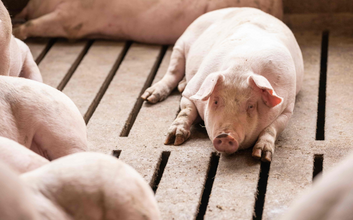 How does heat stress impact pigs?

Pigs are more sensitive to hot weather than other livestock animals and can easily be negatively impacted by heat. Heat stress can begin in sows, boars and finishing pigs in temperatures as low as 70°F. Pigs do not have functional sweat glands and, therefore, do not have a way of efficiently cooling themselves. Pigs also have relatively small lungs for their body size, making it difficult for them to remove excess internal heat through respiration.

Heat stress can take a serious toll on pig performance, especially in breeding herds and finishing pigs. Wide fluctuations in temperature are often immensely stressful, resulting in reduced performance, health problems and economic loss. Pigs exhibit heat stress in many ways, and the impact can be seen in both the short and long term. 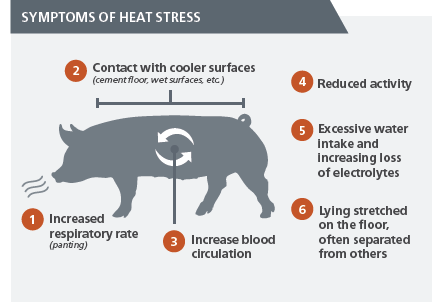 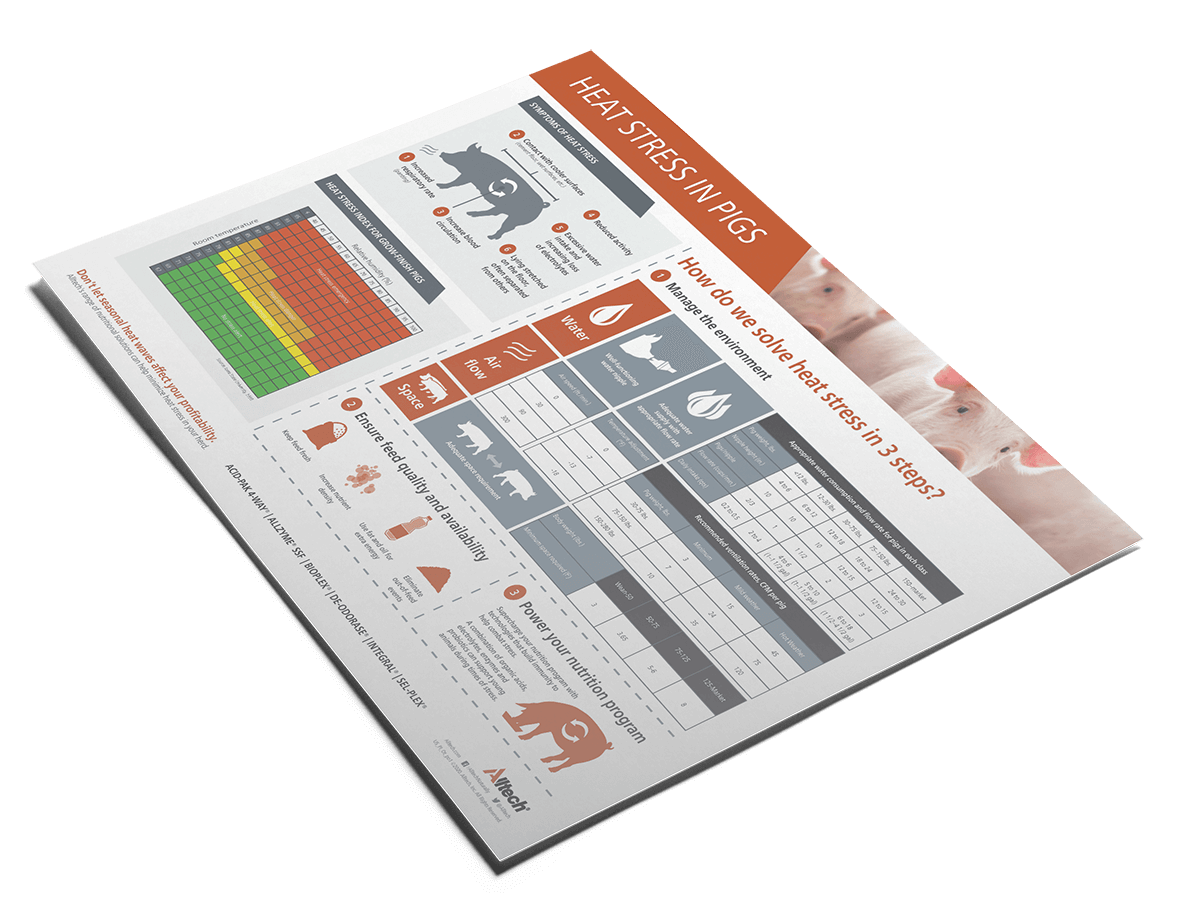 Acid-Pak 4-Way 2X® is a unique technology designed to help “feed the gut” and equip animals with the best foundation for healthy growth and natural defenses.

Allzyme SSF® is a feed enzyme that maximizes feed efficiency by targeting different substrates in the diet while also reducing its environmental footprint.

Bioplex® minerals are trace minerals that are bound to amino acids and a range of peptides. They are easily absorbed and readily metabolized, optimizing animal performance.

We'd love to hear from you!

Are you experiencing issues with heat stress? Our team of advisors is ready to help.