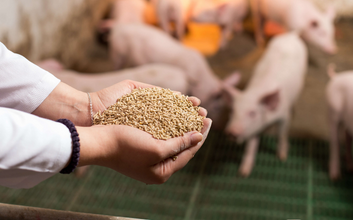 Mycotoxins are harmful, naturally occurring substances produced by molds and fungi. These fungi commonly grow on feedstuffs and tend to multiply during adverse weather conditions. More than 500 mycotoxins have been identified to date, and this number is steadily increasing. Mycotoxins are invisible, stable and toxic chemical compounds. They are common in the farm environment, surviving in multiple places and on many different types of feed sources.

Pigs are extremely sensitive to mycotoxins. Both the type and concentration of mycotoxin(s) the in feed, as well as the age and phase of production of the pig, will determine the degree to which the animal is affected. Young pigs and breeding sows/boars are generally the most adversely affected by mycotoxins, but it is important to note that grow-finish pigs can also be adversely affected by these harmful substances.

Even at low levels in feed, mycotoxin contamination reduces pig performance, affects health status and can contribute to increased mortality rates. In addition, irreversible tissue damage can occur, which can compromise performance long after mycotoxins have been removed from the feed. 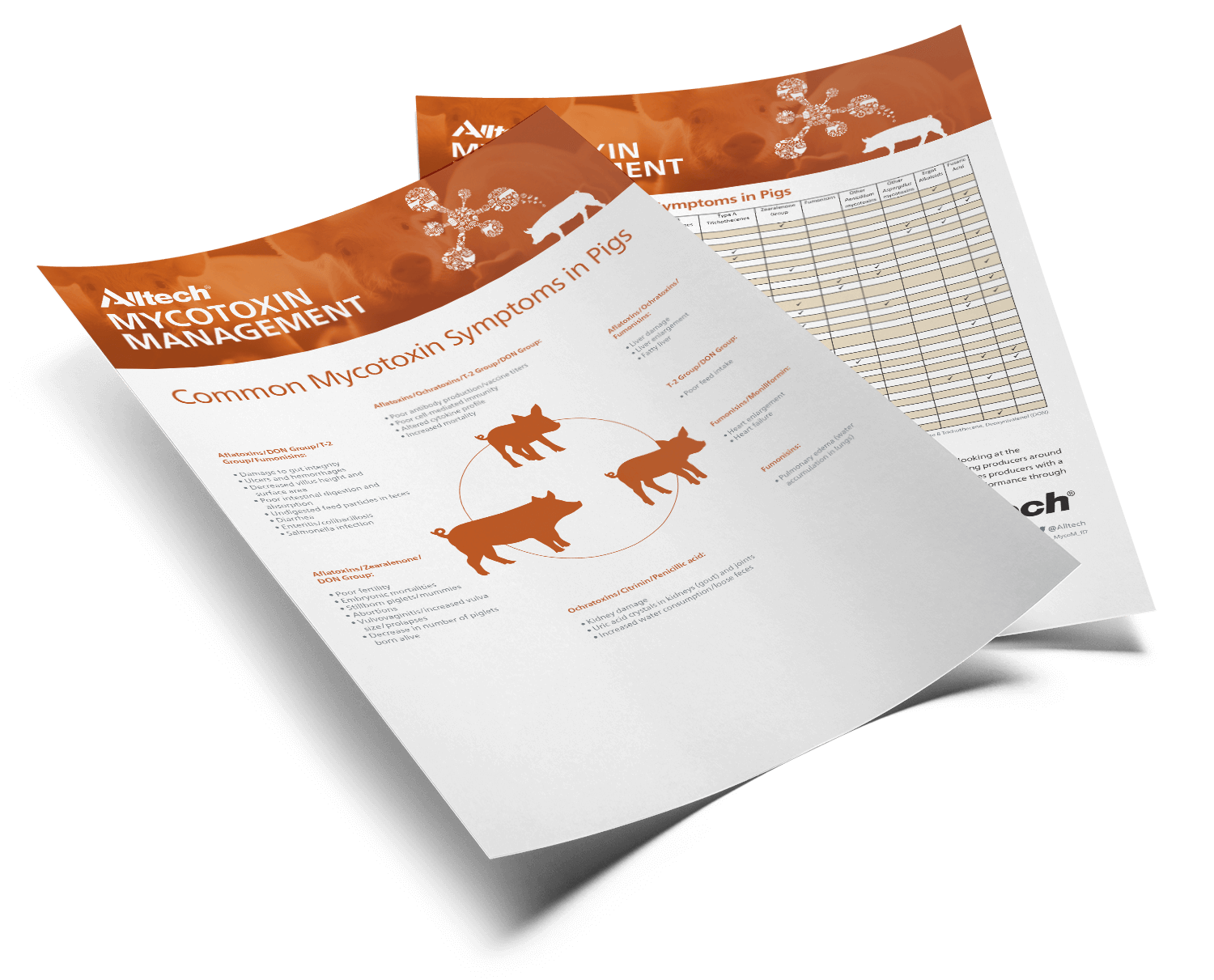 Signs of mycotoxin contamination in pigs

The signs may vary depending on the specific type of mycotoxin, the dose ingested and the period of exposure, but they can include:

Many mycotoxins cause significant health and performance challenges in pigs. These include aflatoxin, ochratoxin, deoxynivalenol, zearalenone, fumonisins, ergot and T-2 toxins. Some of the most severe symptoms develop following exposure to Aspergillus (and Penicillium), Fusarium spp. and Claviceps toxins.

Mycotoxins rarely occur in isolation. It is not uncommon to find multiple mycotoxins in finished feed, which can lead to synergistic activity and, ultimately, to an additive negative effect on the health and productivity of the animal.

For more information on specific types of mycotoxins and related complications, visit knowmycotoxins.com.

Preventing and managing mycotoxins in pigs

Regular analysis of feedstuffs can help uncover potential hidden threats from mycotoxins. It is worth noting that a highly contaminated sample does not mean that the entire crop is bad. Similarly, a “clean” sample does not guarantee that all of your feed is mycotoxin-free. Proper mycotoxin management is essential in order to avoid unpredictable losses and maintain herd performance.

The Alltech 37+® mycotoxin analysis test can help to provide a realistic picture of feed contaminants, which can speed up diagnosis, determine effective remediation and help producers form a more effective mycotoxin control plan.

We'd love to hear from you!

Are you experiencing issues with mycotoxins? Our team of advisors is ready to help.