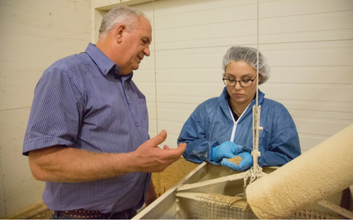 All poultry species are affected by mycotoxins, and mycotoxicosis can be very detrimental for poultry, so it is vital that commercial producers regularly assess and mitigate the threat to their production units. Because various poultry species respond differently to mycotoxin challenges, the clinical signs of mycotoxicosis can be difficult to detect. Careful monitoring, recognition of symptoms and postmortem diagnoses— combined with adequate feed analysis — will provide the most accurate means of diagnosing mycotoxicosis in large flocks.

Poultry species have varying risk levels related to mycotoxin exposure depending on the type of bird. Turkeys, layers and breeders are in a higher risk category than chickens and ducks, mainly because they live longer and are more sensitive to mycotoxicosis. Younger birds are also in a higher risk category because their immune systems are not as well-developed, which makes them more sensitive to contaminated feed. The mycotoxin risk level also depends on which mycotoxins are present in the feed and the number of mycotoxins in the feed, since mycotoxins have a greater impact at higher quantities and can have negative, synergistic effects when interacting with other mycotoxins. 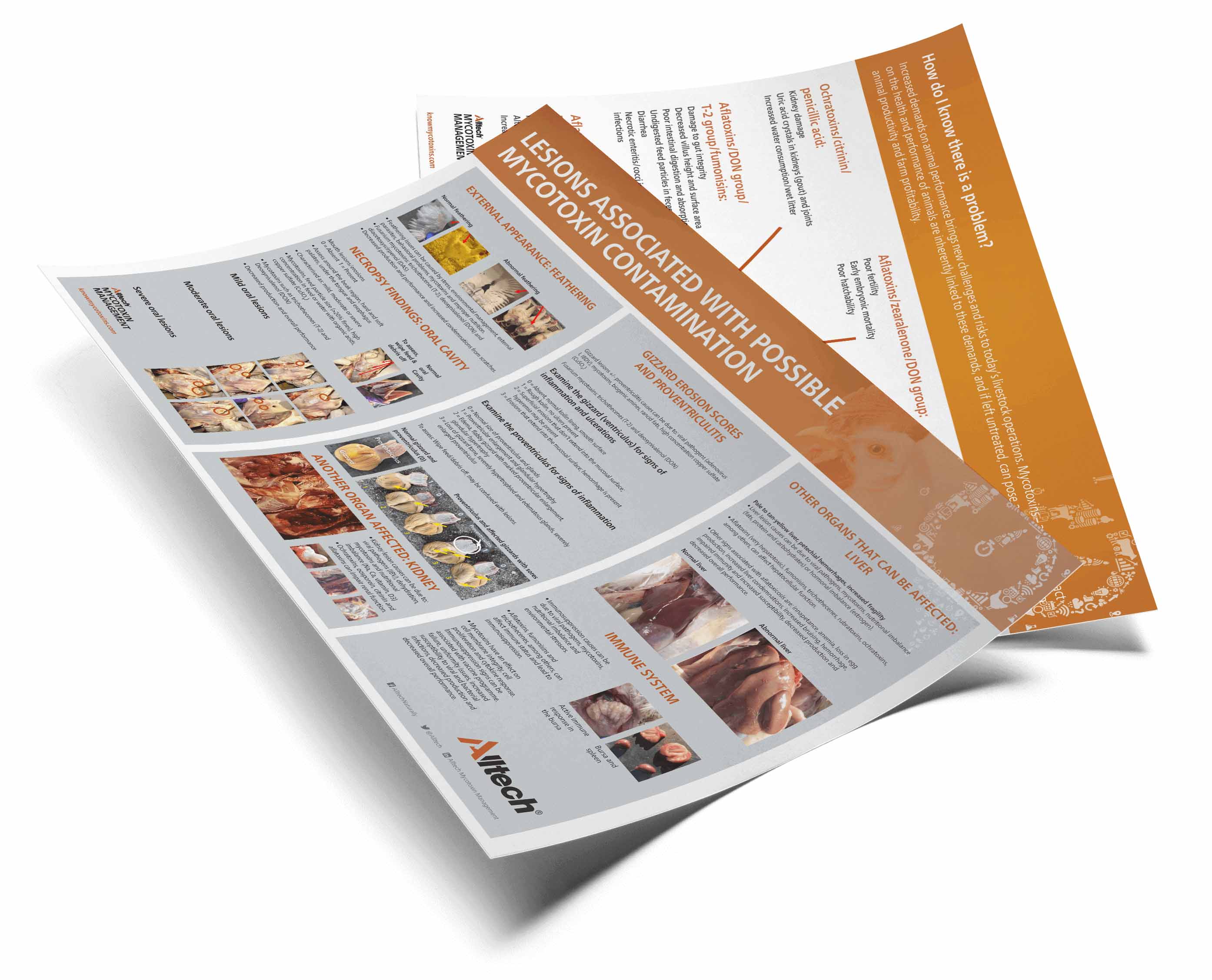 Grains make up about 60–70% of all poultry feed. Corn, wheat, soybean meal and barley are the four major grain sources used, but they are also considered to present the biggest risk of mycotoxin contamination. Mycotoxins thrive in warm, moist environments, so climate can also significantly impact the threat of exposure.

Mycotoxins rarely occur in isolation. It is fairly common to find multiple mycotoxins coexisting in finished feeds, which allows these mycotoxins to interact, thereby leading to synergistic or additional effects.

For more information on specific types of mycotoxins and their related complications, visit knowmycotoxins.com.

Effective mycotoxin management involves assessing the whole challenge, from the farm to the feed mill, and from risk assessment to feed management. The symptoms of mycotoxin contamination can be many and varied, but the outcome, in all cases, is reduced performance and lost profits.

Regularly analyzing feedstuffs can help uncover the potential hidden threats from mycotoxins. It is worth noting that a highly contaminated sample does not mean that the entire crop is bad. Similarly, a “clean” sample does not guarantee that all of the feed is mycotoxin-free.

Proper mycotoxin management is essential for avoiding unpredictable losses and maintaining a healthy and high-performing flock.

Are you looking to prevent mycotoxins on your farm? Drop us a line!