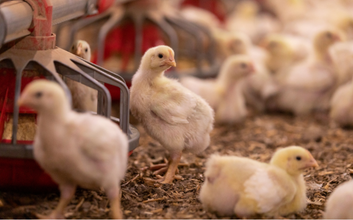 Coccidiosis or intestinal coccidiosis in poultry is the clinical disease and accompanying array of symptoms caused by the infection of coccidian protozoa in the genus Eimeria. Depending on the level of infection and type of coccidia species, coccidiosis can be characterized by varying levels of morbidity, mortality, enteritis and a decrease in performance parameters.

How does coccidiosis impact the global poultry industry?

Coccidiosis is a major concern in poultry worldwide due to its effects on enteric health and overall flock performance. In the U.S., coccidiosis is estimated to contribute to $127 million in economic losses. Additionally, interactions from other disease pathogens, nutritional imbalances and coccidiosis can lead to further stress in birds and, as a result, an increase in the severity of other clinical disease symptoms. Therefore, due to the cost of prevention, treatment of coccidiosis and production losses, it is recognized as the disease with the greatest economic impact in poultry.

What causes coccidiosis in poultry?

Coccidiosis is caused by the apicomplexan protozoan parasite in the genus Eimeria. Eimeria are host-specific, and distinctive different forms of intestinal coccidiosis manifest in different species. In chickens, depending on the source, seven to nine species of Eimeria that can cause coccidiosis have been described. The main identified species of Eimeria are E. acervulina, E. maxima, E. tenella, E. necatrix, E. brunetti, E. preacox, E. mitis and, depending on the source, E. mivati.

The most common intestinal infections in chickens are often associated with E. acervulina, E. maxima, E. tenella, E. necatrix and E. brunetti. In turkeys, there are at least nine species of Eimeria that have been described; however, there are four recognizable species that produce disease — namely, E. adenoides, E. meleagrimitis, E. gallopavonis and E. meleagridis. Concurrent infections with two or more coccidia are common and can cause lesions and different levels of disease.

Coccidiosis infections are self-limiting, and their severity correlates to the number of oocysts ingested, as well as the type of Eimeria species. Eimeria oocysts are ubiquitous in poultry environments and can be introduced to new farms via paratenic hosts, infected equipment, litter, vermin, personnel, equipment and through other methods.

Signs and symptoms of coccidiosis

Coccidiosis symptoms can vary from mild to severe, but most infections are considered mild. However, due to the disease’s invasion and destruction of host cells, even mild infections can negatively impact the conversion of feed nutrients into meat. Clinical signs associated with coccidiosis are species-distinctive, and the severity of the infection is based on gross lesions, in addition to microscopic intestinal lesions.

Typical signs of coccidiosis in turkeys include depressed birds with ruffled feathers, increased watery or mucoid diarrhea, loss of appetite, bloody feces and general morbidity. Recovery is often quick, and lesions may not be as easily identifiable in turkeys as in chickens. All ages can be affected; however, mortality rates tend to be lower for older birds than younger birds.

The prevention of coccidiosis in poultry is key to avoid damage from infection and to mitigate any associated production losses and welfare issues.

A recommended integrated approach would be to use a combination of:

Additionally, as many in the industry decrease their use of antibiotics for management and prevention, naturally derived feed additives have become more popular — especially those derived from:

These additives are most successful when used in addition to good bird-rearing management practices.

Additional tips and recommendations to help reduce the risk of coccidiosis:

Coccidia control programs should be tailored to each operation’s unique circumstances. Therefore, the plan for controlling coccidia long-term should include routine monitoring and testing to evaluate the effectiveness of each program, along with the implementation of sustainable practices.

Are you looking to prevent coccidiosis on your farm? Drop us a line!