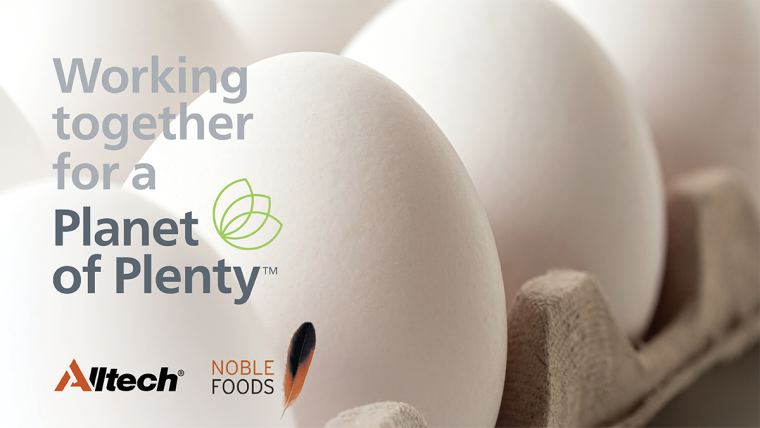 Sustainability — unarguably one the most used words in the agricultural sector both now and probably for the next decade. Every facet of the agri-food industry is working hard toward sustainability, and it is especially high on the agendas of all players across the egg supply chain.

Noble Foods is the U.K.’s leading vertically integrated company striving to serve the egg industry sustainably, from care and welfare to carbon and waste.

Noble Foods entered the world of eggs over 100 years ago, under the name ‘Deans Foods.’ Way back in 1920, William Dean took the rather rustic and entrepreneurial approach of door-to-door egg sales by a horse and cart.

Today, Noble Foods is still under the ownership of the third and fourth generation of the Dean family, producing 400 metric tons of egg products every week, 58% of which are free-range.

Noble Foods is a leader in vertical integration of the poultry industry in the U.K.

Noble Foods has proven and is proud of its forerunning proactiveness, from being the first to trial Salmonella vaccines back in the 1990s to sitting at tier 1 within the BB4 model (a regulated welfare program).

Developing a vision and an approach

Noble Foods has set some ambitious sustainability goals in recent months, making it the main company driver. Graham Atkinson, Agriculture Director for Producers at Noble Foods, was tasked with making it happen.

In Graham’s opinion, sustainability means different things to different people and different businesses. There is no clear right or wrong way of “doing it.” He was not sure how or where to start. However, he had a fair idea of what Noble Foods was trying to achieve and where Alltech could help. So, he asked the question: Could we partner together to make the sustainability challenge an opportunity via the Planet of Plenty partnership program?

While Graham and the leadership team accept that the journey will change direction and they will be thrown some curveballs along the way, they have now clearly and proactively defined their vision and focus into four areas:

Now, the hard part: doing it! Putting some meat on those bones. To do this, Graham is busy building a collaborative council of key players to come together and share expertise.

A journey joined by others

For a while now, Graham has been hunting for partners who share the same vision and who can act as consultants and facilitators. Partners who can deliver the required infrastructure, skill base, science and knowledge to travel fast. Partners who can safeguard their leadership status.

Alltech, like Noble Foods, is a family-owned and operated business, sharing similar sustainability ambitions and values. These shared common values and ways of working are really what sparked and solidified the partnership — the idea of making a bigger and quicker difference by working together.

Through the power of science and nutrition, Alltech is now working very closely with Noble Foods’ supply chain, from start to finish, to help produce more quality eggs from happier birds and with less environmental impact.

The Planet of Plenty partnership between Noble Foods and Alltech is still in its infancy. The first pilot project has just begun, and the excitement of the partnership’s impact on future egg production is radiating from within the supply chain. 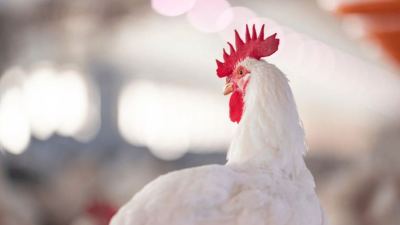 “Organic chicken,” “free-range chicken” and “antibiotic-free chicken” are now popular terms in the food supply chain. As consumers become more conscious about their health and animal welfare, the poultry industry has been working hard to address their concerns.... 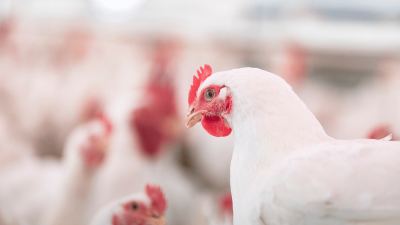