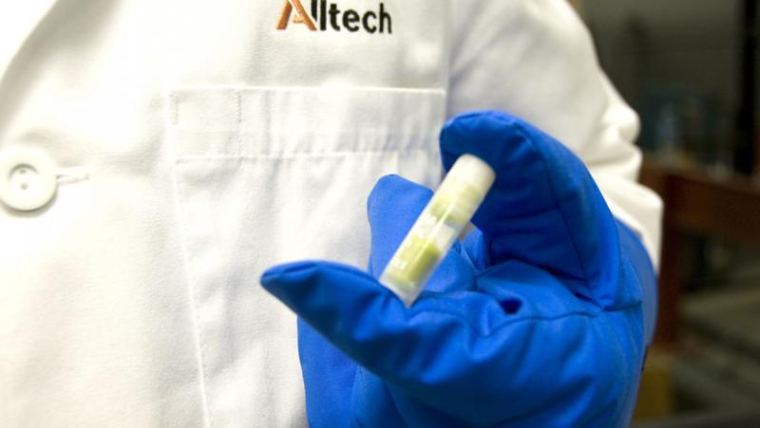 In just over one year since being acquired by Alltech, fish feed specialist Coppens International is on its way to achieving one of its primary objectives: to replace fish oil DHA with algae.

Over the course of the last 12 months, Alltech Coppens has progressively replaced the fish oil source of DHA in its diets with Alltech’s innovative, DHA-rich algae technology, ForPlus™.

“Aquaculture is the fastest-growing food sector in the world,” said Patrick Charlton, CEO of Alltech Coppens. “People are consuming more fish, but they want that fish to be produced sustainably, so the goal of many companies, including our own, has been to significantly reduce reliance on fish-derived products such as fish oil and fish meal.

“Research done in multiple species with Alltech’s ForPlus has enabled us to reformulate our diets,” continued Charlton. “Our aim is to replace all of our DHA requirements in our fish feeds with ForPlus by the end of this year. In fact, we are already marketing a range of trout feeds under the Neogreen brand that include Alltech’s revolutionary ForPlus and have absolutely no fish-based raw materials in them, and these have been very well-received by the market. We expect to expand this technology into other fish species based on the success we have seen with trout.”

This positions Alltech Coppens well to weather increasing pressures on the aquaculture industry from consumers and limited resources.

“These are exactly the steps the aquafeed industry needs to be taking to ensure our fish supplies remain sustainable and financially viable,” stated Dr. Patrick Wall, professor of public health at University College Dublin’s School of Public Health and Population Sciences, which hosts Ireland’s National Nutrition Surveillance Centre. “We cannot keep feeding fish back to fish and expect the consumer to turn a blind eye. The goal of all fish feed companies should be to minimize and ultimately remove all fish-based ingredients in their diets, and Alltech Coppens has clearly shown this can be done.”

ForPlus is a completely traceable and sustainable source of high-DHA omega-3. By incorporating the algae technology into aquatic feeds, producers have an opportunity to offset the trend of declining DHA omega-3 levels in farmed fish and offer consumers a distinct, value-added functional food.

Alltech Coppens gained compliance with the Aquaculture Stewardship Council in 2016, a confirmation of its reputation as an innovative, high-quality aquatic feed producer for almost a quarter century. With a strong production infrastructure in the heart of Europe, Alltech Coppens’ specialties include temperate and tropical marine and freshwater diets for a variety of juvenile and adult species, as well as top-quality ornamental, specialty and bait feeds, which are distributed to more than 60 countries.

Nick Lykiardopulo - Adversity in aquaculture: Fish farming during the crisi

While the spread of COVID-19 has affected the food supply chain and consumer demands, how has aquaculture handled all the changes? Nick Lykiardopulo of Philosofish, located in Greece, shares challenges that are currently impacting the aquaculture industry and what he expects for the future of fish farming....