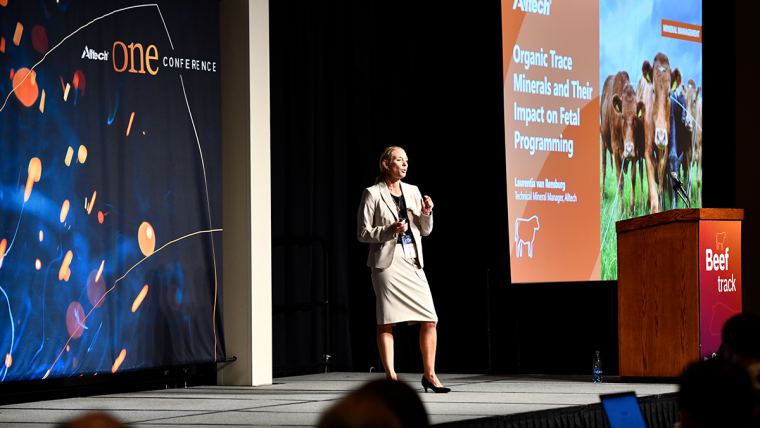 Laurentia Van Rensburg has more than 15 years of experience in the livestock and animal science industries, having served in positions in South Africa, the Netherlands, Latin America and the North American market.

The following is an edited transcript of the Ag Future podcast episode with Laurentia van Rensburg hosted by Tom Martin. Click below to hear the full audio or listen to the episode on Apple Podcasts, Spotify or Google Podcasts.

Tom:            Welcome to Ag Future, presented by Alltech. Join us from the 2022 Alltech ONE Conference as we explore our opportunities within agri-food, business and beyond.

I'm Tom Martin for the Alltech Ag Future podcast series, and here with us is Laurentia Van Rensburg, technical mineral manager at Alltech. With a master's degree in animal science from the University of Kentucky, Laurentia has more than 15 years of experience in livestock and animal science, serving the industry in South Africa, the Netherlands, Latin America and the North American market. She joins us to talk about the impact of organic trace minerals on cow-calf nutrition or fetal programming. Welcome, Laurentia.

Laurentia:      Trace minerals are essential nutrients, so even though they're required in very small amounts, they have, actually, a wide range of functions involved in many metabolical and physiological processes that can influence growth. It can influence reproductive efficiency. Therefore, maternal nutrition is especially important because it can have a direct impact on the fetus or the developing calf in utero as well.

Laurentia:      Well, Tom, that's a really interesting question, because we know that nutritional requirements can differ among breeds, among different gestational phases, and even growth requirements can be different, too, from regular maintenance requirements. Then we have much different requirements for optimized immunity, health and reproductive efficiency as well, so definitely, life stage plays a very important role in nutrition — especially trace mineral requirements.

Tom:            Under what conditions do you most often find a nutrient deficiency in cows?

Laurentia:      Nutrient deficiencies can actually be due to a couple of factors. First of all, it's when the animals don't have access to the nutrient. But for the most cases, when we see nutrient deficiencies in cattle, most of the time, it's actually due to mineral-to-mineral antagonisms that can actually have a negative effect on (the) absorption of certain essential nutrients. I think, with today's modern cattle production, we see a lot of people (who) do supplement their cattle, and we still see suboptimal performance due to marginal deficiencies. In this case, it's definitely due to mineral-to-mineral (interactions) or interactions between (the) mineral and other essential nutrients, including vitamins.

Tom:            Thinking about the various stages of gestation, what are the roles of maternal nutrition in those stages?

Laurentia:      There has been a lot of work that looks at the negative impact of nutrient restriction, especially focusing on that last trimester of gestation. The reason being is we know that during the last 90 to 60 days is when the calf really grows very rapidly and, therefore, (can) put a drain on the cow's mineral or nutritional status. However, it's also very important to keep in mind that maternal nutrition is important from conception and (the) early developmental stages during gestation, because nutrient status can have a direct impact on the developing placenta and the development of the fetus as well.

Tom:            How can (the) proper management of cow nutrition during gestation make a difference in progeny, performance and health?

Laurentia:      There has been a lot of research that shows trace mineral supplementation during gestation can have a positive impact not just on short-term outcomes such as (the) birth weight and weaning weight of the calf, but we can also see that maternal nutrition can have a significant impact on, for example, reproductive efficiency of the calf later on in life. Yes, there is a big impact (of) maternal nutrition on future performance, not just in terms of reproductive efficiency but even carcass weight as well.

Tom:            What kind of changes in the dairy heifers can a producer expect to see after they make the switch from inorganic to organic trace minerals?

Laurentia:      When it comes to dairy heifers, we've actually seen a study done by Dr. Heinrichs out of Penn State where maternal nutrition has not only impacted (the) reproductive efficiency of the heifer calves, but we've also seen milk response as well.

Tom:            Is there a carryover effect when you improve trace mineral status in cows? Does it carry over?

Laurentia:      Oh, absolutely. We have seen several studies that show that calves from cows that were subjected to organic trace minerals, and specifically Bioplex and Sel-Plex, have actually had — they reached estrus earlier. They cycled earlier. They got bred earlier and had higher pregnancy rates as well, so there is definitely a carryover effect.

Tom:            What are the long-term effects of organic trace minerals on growth and reproductive performance and first lactation in dairy heifers?

Laurentia:      Tom, with the work done in dairy, we have actually seen that trace mineral supplementation — specifically with Bioplex and Sel-Plex — can have a profound impact on these heifer calves reaching puberty earlier. Also, this resulted in them getting bred earlier. They calved earlier compared to their inorganic counterparts, and actually, that can have a direct impact on lifetime performance as well.

Laurentia:      We have seen very consistent and similar responses in beef animals as well. For example, (in) a study that was done at the University of Florida, not only have we seen that maternal supplementation increased weaning and birth weight, but we've also seen that heifers from cows supplemented with Bioplex and Sel-Plex once again had better pelvic measurements. They had better reproductive track scores. That did result in them getting bred. They reached puberty earlier and they got bred earlier as well.

Tom:            What are the consequences of an unbalanced nutrient supply during gestation?

Laurentia:      When we're talking about “unbalanced,” it's very important to realize that oversupply can be just as detrimental as undersupply of certain nutrients as well. There is a lot of research showing us that nutrient restrictions can actually have a negative impact on pre-wean mortalities. It can also have a negative impact on birth and weaning weights as well.

Tom:            Has there been an increase in the bioavailability of organic trace minerals? If so, is this increased availability having a positive effect on reproductive efficiency?

Tom:            Should we be sure to know where our trace minerals are coming from and (their) form and source?

Now, where do your minerals come from? We have to keep in mind that inorganic trace minerals are typically byproducts from other industrial processes. This means that they're relatively inexpensive, but there is not a lot of quality control associated with this type of product. They also have very low bioavailability, which just means our animals really are not equipped to maximize (the) utilization of trace minerals in this specific form.

Tom:            Everybody's concerned about sustainability in whatever endeavor they're involved in. It's a huge concern these days. I'm wondering: How do the benefits of organic trace minerals — using them in a nutrition program for our livestock — how does that contribute to sustainability?

Laurentia:      I think trace minerals — and, specifically, organic trace minerals, such as Bioplex and Sel-Plex — can contribute to sustainability in a few different ways. For example, we know if you can improve production efficiency, then, ultimately, that will mean you are a more sustainable producer as well. Secondly, trace minerals in the inorganic form — since they are not as bioavailable — typically, they get excreted at high concentrations back into soil and water sources. In Europe, for example, that is why certain trace minerals in certain species are being regulated. With organic trace minerals, such as Bioplex and Sel-Plex, we know we can actually feed much lower inclusion rates and get the same or even better performance and, at the same time, have less excretion of these trace minerals into soil and water as well.

Tom:            For the Alltech Ag Future podcast, I'm Tom Martin. Thank you for joining us. Be sure to subscribe to Ag Future wherever you listen to podcasts. 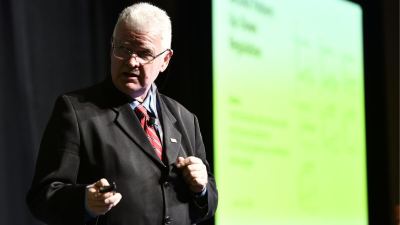 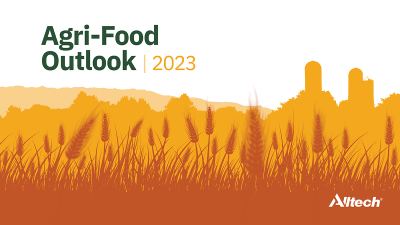 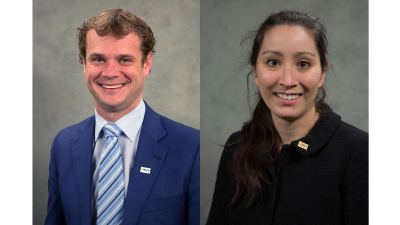