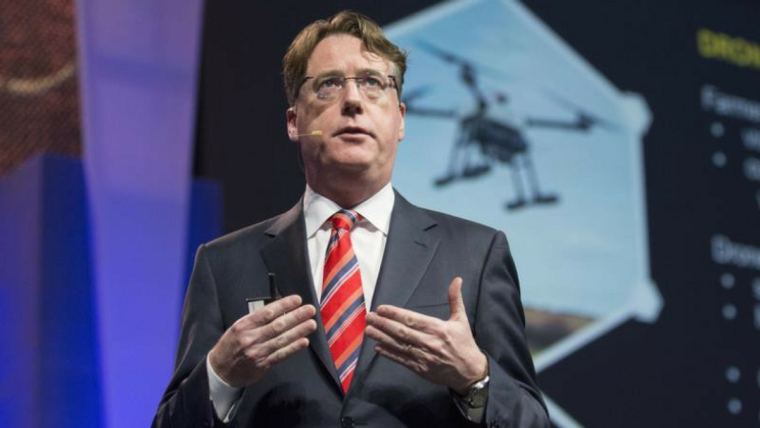 The SoundCloud content at https://soundcloud.com/alltech-1/alltech-chief-innovation-officer-and-vice-president-aiden-connolly-talks-disruption-with-tom-martin is not available, or it is set to private.

To listen to our entire conversation with Aidan, click on the player.

Tom:                As Alltech's chief innovation officer, Aidan Connolly is responsible for the commercialization of Alltech's global research efforts. And as a company vice president, he oversees corporate account strategy. He led the implementation of The Pearse Lyons Accelerator, a late-stage agri-tech accelerator, and he joins us to talk about it. Thanks for being with us.

Behind the scenes of the first Pearse Lyons Accelerator program

Aidan:              I think it's actually hard to remember exactly where it starts. I know the genesis, as always, came from Dr. Lyons himself. He has tasked us with trying to make the ONE conference the biggest, the greatest, the reason to come to Lexington in May, and obviously 4,000 people have responded to that. But this accelerator was to help people like himself, back 20, 35 years ago, starting their own businesses to have the help that they need to be successful.

Tom:                Okay. And we'll get into what you're looking for in just a minute. First of all, Alltech has partnered for this program with Dogpatch Labs of Dublin. What does each company bring to the project?

Aidan:              Well, Alltech, for those not familiar, is headquartered here in Lexington, Kentucky. We employ (approx.) 5,500 people, and we're in (approx.) 130 countries. So, clearly, from an agricultural perspective, from a food production perspective, we've got a very big footprint.

Conversely, Dogpatch is all about startups. It's all about people with ideas. Usually, they start on their own. Maybe a couple of people decide they're going to form a company, and they have been very good about helping those companies get started. We felt they would help us with the companies we selected, typically who are a little bit further down the process, but would provide some of that mentoring and help that we were looking for.

Aidan:              To put it in context, we got 183 applicants from 38 countries. In the agricultural technology field, that would already make it the number one program in the world. So just overnight, it became the number one program. And Dogpatch has connections with Google, and they have connections with many of the top organizations in the world as well. So, clearly, they brought something to the table. But I think there's a lot of attraction for these startups and partnering with Alltech and seeing that as part of their successful future.

Aidan:              We did. It was a big task, and I think some dropped off fairly quickly, as can be the case. But I still think we had about 150 really good applications, which is remarkable. And when you're looking at them, you are looking to think, “Is this the next Alltech?” It was very exciting to be part of that, and I know that's a big thing to think about, but I think from their side as well. They were very happy to be evaluated on that basis. They were very excited about what they are doing.

Tom:                And we have potential investors coming to town to listen to their pitches. Any estimate of how many?

Aidan:              Well, the part of the conference that's specific to investors will be attended by almost 200 people who are uniquely coming to the investor part. Of course, there's a further 3,500, close to 4,000 people, who are coming to the conference for the overall conference. But, yeah, those 200 people would represent some of the bigger investors in agriculture and indeed in startups. They're not just coming from overseas, not just coming from California, of course, but even from Louisville and Cincinnati and Nashville. There are quite a lot of these startup hubs and investors who are both angel investors and venture capitalists really excited about the idea of being here.

Aidan:              He does indeed. In fact, he got involved with the program at every stage of it. Of course, he remembers starting Alltech in 1980 with $10,000. When you have somebody, a live person who actually built their own business, who has created something the size of Alltech, it's exciting, I think, if you're an entrepreneur, to imagine yourself being that person in the future.

Tom:                You touched on this earlier, but maybe you could expand on the benefits of this accelerator program?

Aidan:              Everybody sees things through their own eyes. But what I could say is, the 10 companies came back and said they had all raised an excess of $3 million each already, from finance rounds. So $30 million over 10 companies; they didn't really need more money. What they did need was help with sales and marketing strategy to find customers. So this was a very big deliverable for them. Frankly, being in front of 4,000 people in Lexington is a very big deal for them. What's better than when you have a great idea to get that level of exposure?

At Alltech's global footprint…that is something that if you're starting out with two people, 10 people, or 15 people, you just don't readily get access to. I'd say those are the three deliverables that they highlighted primarily that they saw coming from the program.

Finding a home for agri-tech and food innovation

Tom:                Dr. Lyons has suggested that Lexington should become a hub of agricultural technology innovation. Do you agree with that? Tell us what you envision.

Aidan:              I think Kentucky can sometimes underplay Kentucky's role in terms of agriculture. It obviously has a tradition of tobacco. It has a tradition of beef cattle. It recently has become a pretty big producer of chickens, soybeans, corn. From that aspect, there's a lot going on in Kentucky with some of the larger farms. But Kentucky is also very much focused, or has a tradition of small farms as well. And I think you see consumers looking increasingly for local, fresh, to know the name of the producer, the farmer, to be able to go and visit them. So I think opportunities for cheeses, et cetera.

What we're looking at in farming is basically 12,000 years of doing the same thing. And this digital disruption, this explosion in using sensors and using robots and using drones. It's changing every aspect of our life. But it's changing agriculture even more than it does the rest of life.

Lexington, and Kentucky in particular, has an opportunity to be front and center in this, as it wants to be. Alltech is doing its best to make sure that that happens. We would love for more people to join us. We're hoping to see people there at the conference. And if they come up and say, "How are we going to help make this happen together?” we're all ears; that's our goal.

Tom:                From what I gather talking to various folks from Alltech, there's a great deal of enthusiasm about the work at hand. And I'm asking everybody, "What is it about what you do that you enjoy most?"

Aidan:              Well, if you didn't have fun, then you weren't enjoying it, you shouldn't work for whoever you're working for, but you will find that Alltech people have a disproportionate level of enjoyment in their company.

Clearly, we as locals will know here, we do make our beer, our own whiskey and bourbon, and that does help of course, as well. But the food business has become a very exciting business to be in. Some people call it a sexy business, which it traditionally was not. For the last whatever number of years, certainly in my career, it never seemed as though my mom was proud of what I did. Now, when you ask her, she's very proud that I don't work for the traditional industries of banking or real estate or whatever else, because food is critical. And people understand, and have a relationship with what they're consuming. They want to understand more about it. They want to be healthy. They want to be natural. And they want to do good for their body and for the bodies of their children. So yeah, it seems to be really the right time to be in this business.

Aidan Connolly spoke at ONE: The Alltech Ideas Conference (ONE17). To hear more talks from the conference, sign up for the Alltech Idea Lab. For access, click on the button below.