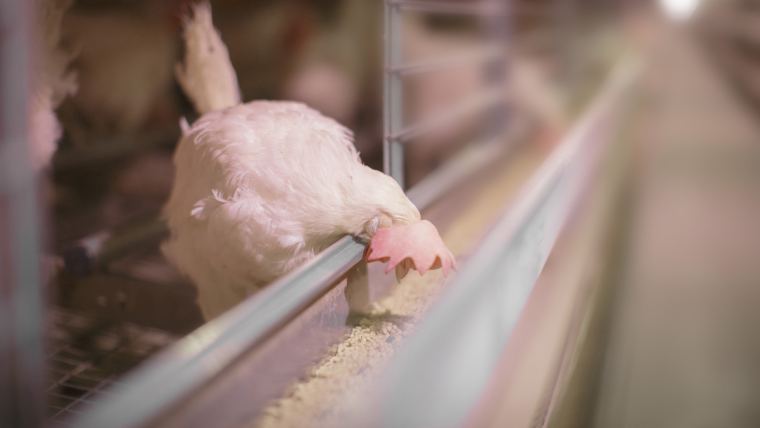 The following is an edited transcript of Tom Martin's interview with Dr. Kyle McKinney. Click below to hear the full interview.

Tom:              The food industry has a four-quadrillion-dollar problem. You heard that right. This number represents the losses due to unused or misused nutrients in animals. With hundreds of thousands of acres being dedicated to farmland each year, agriculture is an important force that is continually shaping our world. But could a new enzyme begin to unlock this four-quadrillion-dollar opportunity? Is this the real key to creating a Planet of Plenty™?

As the global director of Alltech's Alternative Raw Materials and Feed Efficiency platform, Dr. Kyle McKinney is focused on feed efficiency. He earned a Ph.D. in agricultural biotechnology, focusing on the development of microbial fermentation systems to produce complex enzymes that improve feed and nutrition. Dr. McKinney joins us to talk about new opportunities for food and our future. Thanks for joining us, Kyle.

Tom:             Before we talk about the future, where are we today? Where is the state-of-the-art in feed efficiency right now?

When we read about the future of food, we see the positives and we see the challenges, the opportunities and some downright scary aspects, such as not having enough calories — not having enough food. So, we look at this as an opportunity — an opportunity to utilize technology, specifically an enzyme, to help the animal digest more available nutrients from our fields. I don't look at the doom and gloom. I believe that we will have plenty of food, and I believe that, when we look at our feedstuffs and you look at how much we lose in terms of nutrients and calories now when we're feeding our animals, it's an enormous opportunity — a four-quadrillion-dollar opportunity.

Tom:             We're tossing around some enormous numbers here. I mentioned that number: quadrillion. For perspective's sake, that's 1,000-trillion dollars. If you place one quadrillion British pound coins on top of each other, they reach beyond our solar system. That's how much we're talking about. We're talking about four quadrillion dollars in losses due to unused or misused feed in animals. So, the scope and the proportion of this is beyond imagination. When we hear about unused or misused feed, what does that mean, and how does this happen?

Kyle:               If you put some context behind that number, we produce about 3 billion tons of grains per year. Much of that goes into feedstuffs to feed our animals. The problem is that we lose about 25 percent, on average, of the available nutrients because of fibrous components in the feeds. I use the terminology of a bird nest that traps nutrients and the animal can't digest.

So, when we look at and consider 3 billion tons of feed, of grain, and we consider the 25-percent losses, and you look at the calorie levels of all those grains, that's really where we get to in terms of this four quadrillion, which is an enormous number to even consider.

Tom:              It is, it is. We hear that there's a new enzyme that could transform this problem into something of an opportunity. What is the new enzyme and how was it identified?

Kyle:               Our focus has always been on getting the most out of our diets. To do that, you have to consider that there are lots of components in a diet that trap nutrients — lots of variations of fiber, if we want to go that simple. To break all those fibrous components down, we believe it takes many enzymes.

We focused on a technology called solid state fermentation. Solid state fermentation is an ancient technology. What we are able to do is utilize a non-GMO organism, a fungus. We grow that fungus on a high-fiber feedstuff, and it produces a whole host of natural enzymes that are designed to break down grains and feedstuffs because we start with that.

So, our approach is utilizing solid state fermentation to produce an enzyme complex, many enzymes, to work on the many fiber substrates that we have in a diet. We don't focus on just one or two. We're focusing on a dozen or more of these substrates that are trapping nutrients. We can break those down. We see the most benefit in terms of nutrient availability for the animal.

Kyle:               This technology is being applied. We've been pioneers in this solid state fermentation system. We have a facility in Serdan, Mexico, that produces for Alltech globally. We do research in terms of looking at how we can improve that system. We do research looking at new microorganisms that may give us even better enzyme complexes to focus on and get more and more out of the diet. That's the challenge the industry has, and that's the challenge we pose for ourselves: how do we continue improving the efficiency of those diets? Which means, as we feed more animals to feed the growing public, we've got more grain sources, because we're getting more efficient. That's one way we're approaching this Planet of PlentyTM concept, using this solid state fermentation enzyme technology.

Kyle:               Absolutely. We see it with our enzyme system. For example, we can improve the digestibility of this grain feedstuff 7 to 8 percent. So, if you take 7 to 8 percent of the amount of calories that we're losing in all of our grains in feedstuff, it's an enormous number. It's going to allow us to feed more animals in the future.

Tom:              I know that you spent some time working for Alltech in Costa Rica on a project focused on using the Alltech Crop Science portfolio to control disease and reduce chemical applications. It also allows your team to set up a fermentation lab to evaluate more sustainable microbial solutions for disease control. How has the knowledge gained from that work informed what you're doing now?

Kyle:               The tie between those two projects is simply our expertise in fermentation, in microbial fermentation. We learned a lot about producing microorganisms in our systems in Costa Rica that we were able to take to our facilities in Kentucky and our facilities in Mexico and others and be more efficient in how we produce our products. So, the tie there was simply the fact that we went to Costa Rica, we set up a fermentation system, we're very successful in utilizing this type of technology to reduce chemical input. What we gained is knowledge of how to become more efficient in our production models that allowed us to move to different locations that we have production locations in globally.

Tom:              Earlier, you referenced population growth in the world. I'm wondering how this new enzyme will factor in supporting a Planet of Plenty.

In the last 60 years, we haven't had additional acres of land growing grains, so we've accomplished amazing feats in agriculture; with less land, we produced more meat. Moving into the next 30 years, who knows how much more additional land we'll free up for grain production to produce more protein? This SSF enzyme technology and enzyme complex is going to be critical for the simple fact that we don't know that we'll have more acres of land. We probably will find it somewhere. But we've got to get more efficient because we do know one thing: we're going to have to produce more meat and protein to feed the population.

Tom:              Kyle, what else are you keeping an eye on in terms of alternative raw materials? In a traditional industry like farming, why is it important to look for new ways of doing things?

Kyle:               The hot topics in alternative materials right now are insect proteins. In Kentucky, it's hemp. [Kentucky is] the number one hemp-producing state in the United States. How is that going to play into how we're feeding animals in the future is a key question, and it's our duty to keep an eye on and understand how some of these alternative materials will play a role as we feed animals. At the moment, we're still very traditional corn and soy. But the new technologies, specifically in terms of insect protein and insect meals, are going to be probably the fastest-growing segment in the next five to ten years.

Tom:              That's fascinating. I've been wondering if Alltech had an interest in hemp because it's so popular in Kentucky (where Alltech is headquartered) and it grows all over the state. Is there actual activity in this area?

Kyle:               Our activity began with Alltech Crop Science looking at some of our technologies for improving efficiency. That is a project that's ongoing. But in terms of animal feed and animal nutrition, our researchers are digging into how hemp will play a role. Right now, it's not going into diets, but we have to keep an eye on this and see how that changes and see how it fits into feeding strategies.

Tom:              Getting back to insects — also fascinating, and there certainly are plenty of them. But are there particular species that are of interest?

Kyle:               I think the trends that we're looking at in Alltech really revolve around technology and agriculture. How are we getting more efficient in monitoring animals, feeding animals, observing the nutritional needs of the animals, and what new technologies are going to allow us to do that? So, I think we, internally, have some programs where we're looking at innovation for sensors, for example. But it all gets back to us focusing on how we are improving the nutritional component of that animal and improving profits for our farmers and our growers.

Dr. Kyle McKinney spoke at ONE: The Alltech Ideas Conference (ONE). Click here to learn about ONE and how you can access innovation on demand.