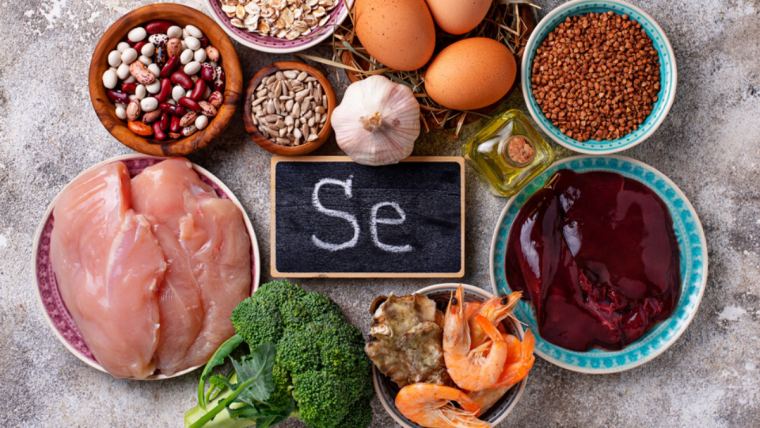 Can adequate selenium nutrition be considered a defense against viral infections? New research has shed light on the relationship between human selenium status and COVID-19 outcomes in populations across China.

An international research team at the University of Surrey in the United Kingdom has established a link between the outcome of COVID-19 cases and the regional selenium status of people in China. The data was based on the real-time numbers of confirmed cases, recovery rates and mortality rates in each province or city. When analyzing these populations, researchers observed an association between the population’s selenium status (based on hair samples) and the rates of recovery (Figure 1).

In the Hubei province, whose capital is Wuhan, it was found that Enshi City had recovery rates that were 36.4% higher than other cities within the region, where the overall recovery rate was 13.1%. Enshi City is known for its high selenium status. Outside of Hubei, in the Heilongjian province of north-eastern China, where the selenium status is notoriously low, a 2.4% increase in mortality rates was observed.

China is home to people with both the lowest and highest selenium statuses in the world. Geographical differences across the country result in varied soil compositions, which can alter selenium levels. It is these differences in soil selenium levels that influence how much of the trace mineral enters the food chain from livestock feed, meat, milk and eggs, and the end consumer. Therefore, human selenium intake is very much dependent on the environment in which the crops, plants and livestock are raised. 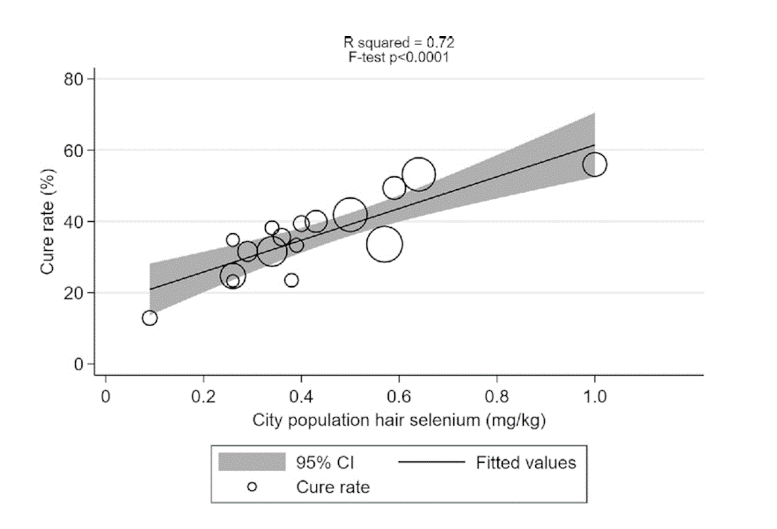 Selenium and its role in immune defense

Selenium is an essential trace element for both humans and animals and is required in small amounts for normal health, growth, reproduction and immune defense. It also provides a source of antioxidants, which help to address diseases related to oxidative stress.

Previous studies have shown the antiviral effects of selenium and have linked the evolution and spread of viral infectious diseases, such as swine flu and bird flu, to areas where soil selenium levels are lower (Harthill, 2011). Other studies have observed more severe viral symptoms and infection rates when dietary selenium is low (Beck et al., 2001).

Viruses produce reactive oxygen species (ROS) as part of their biological makeup. These ROS are believed to be combated by glutathione peroxidase, an important antioxidant for cellular defense in which selenium plays a major role. As such, it is believed that several cellular and viral mechanisms involving selenium and selenium-containing proteins can influence the outcome of viral infections.

Selenium and functional food: What do these findings mean for human health?

It is important that we consume a well-balanced diet that incorporates adequate amounts of selenium to maintain our antioxidant capacity and immune defense. According to U.S. standards, the recommended dietary allowance (RDA) for selenium in humans is 55 micrograms a day.

Dietary sources of selenium include nuts, grains and vegetables, with Brazil nuts being the richest source of selenium. However, their content is highly variable and can range from 0.03 to 512 micrograms, the latter level being potentially harmful. In vegetables, up to 40% of selenium can be lost through cooking.

As we can see from this population study, organic selenium-enriched yeast could provide a promising development in functional food for human immunity and general health.