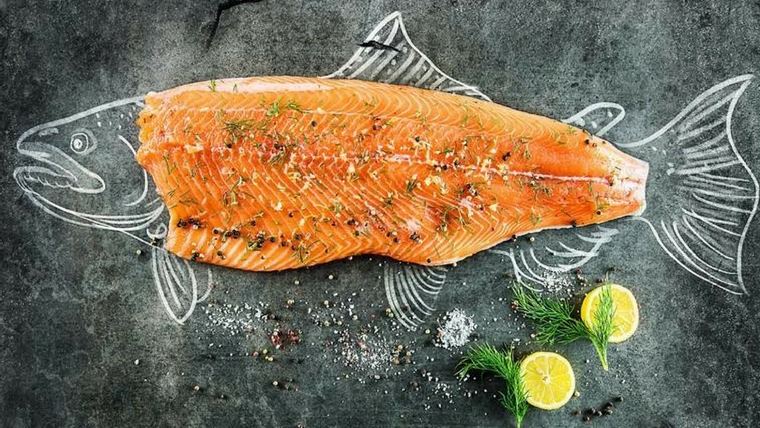 What you thought (or heard) about farmed salmon is probably wrong. Let's take a look at the most popular myths and shed some light on the truth.

How do you prefer your salmon: wild-caught or farm-raised?

When that question came up in dinner conversations 20 years ago, the answer likely would have revealed skepticism about farmed fish.

In those days, the industry was new. Salmon farms were being accused of polluting the oceans. Some were found to be harboring and incubating disease, turning a blind eye to infected escapees, and wiping out forage fish, up to 7 pounds of which once went into each pound of farmed Atlantic salmon.

But those negatives did nothing to dampen a growing world population’s appetite for fish. Seventeen percent of the protein people eat already comes from the sea, and demand is set to rise by 40 percent by 2050, according to the Norwegian Seafood Council.

“The consumption of salmon has tripled over the past 15 years,” said Keith Filer, research coordinator for aquaculture at Alltech. “The increased consumption would not be possible by relying on wild-caught salmon. Farmed-raised salmon is the only option for supplying the increase in demand.”

Still, it’s not unusual to encounter lingering debate and a host of misperceptions over wild-caught versus farmed salmon. And in this era of the smart device with details about our foods accessible at our fingertips, there has been commensurate pressure from consumer and wildlife advocates to reform aquaculture.

“Salmon farmers did a funny thing,” wrote The Washington Post contributor Tamar Haspel. “They listened. The survival of the industry depended on farmers cleaning up their act, and so that’s what they started to do.”

That has included an effort to boost consumer confidence and demonstrate a commitment to the environment through independent, third-party certification.

“The best-regarded of the certification programs will require record keeping, disclosure and transparency so the public can know that the fish they choose has been secured with care,” said Contessa Kellogg-Winters, communications director at the Aquaculture Stewardship Council (ASC).

The ASC has developed certification based on industry standards that address the adverse impacts associated with aquaculture. Thousands of NGOs, scientists, academics, farmers and industry experts contributed to the process.

According to Kellogg-Winters, the ASC standards:

These standards not only raise the bar on the quality of production, but also serve to combat misperceptions about farmed salmon. Here are some of the more persistent among them:

Myth: Farmed salmon are raised with growth hormones and antibiotics

“An important misperception that I have come across is the use of growth hormones and antibiotics in feeds for farmed salmon,” said Gijs Rutjes, technical sales support manager at the fish feed producer Alltech Coppens. “This is not true for the growth hormones. Antibiotics are only used as a last resort in salmon farming to cure a potentially dangerous bacterial disease but never to prevent diseases or to get performance benefit. Just like we would go to the doctor when we are seriously ill.”

Concerns that fish are farmed in dirty water and crowded conditions linger. The industry, however, has developed a better understanding of regional capacity — the total number of farmed fish an area can support, according to the Monterey Bay Aquarium’s Seafood Watch. The result has been a decline in pollution as farms allow areas to recover before fish are replaced there.

Fish farmers “choose suitable sites for cage farming where the conditions and water quality are optimal,” said Rutjes. “They use feeds that keep the fish healthy and that ensure good growth. Nets are cleaned regularly to make sure sufficient water flow is there and to keep oxygen levels optimal. The salmon are kept at rather low densities, and they have spacious net cages that provide ample possibilities for natural behavior.”

For example, to prevent overcrowding, Norwegian law requires that salmon make up less than 2.5 percent of the pen’s volume. Each pen is made up of 97.5 percent water to allow for maximum comfort and a healthy growth cycle.

Salmon farms, he said, have been moving production to land-based recirculation aquaculture systems (RAS). These closed systems have no escapees, and the feces are collected and removed.

Rutjes added that it’s in the fish farmer’s best interests to maintain a clean operation.

“A salmon farmer cares about his fish and knows the better he looks after them, the better the growth and flesh quality,” he explained.

Among lingering misconceptions is that a feed conversion rate of as much as 7 pounds of forage fish is needed to grow 1 pound of farmed salmon.

“The salmon industry has worked for many years to reduce the use of marine products in diets,” said Filer. “The feed conversion ratio for the industry has been reduced to as little as 1.6 to 1. The marine species that are used are not ones that are consumed by humans, and the major fish meal producers are much better at restricting the amount of fish harvested on a yearly basis.”

Myth: Farmed salmon are not an environmentally friendly choice

According to Kellogg-Winters, a side-by-side comparison of the resources and emissions it takes to produce salmon, chicken, pork, beef and lamb has shown salmon to be the most environmentally friendly of the group.

“Salmon convert more of what they are fed into consumable protein for the end user and require fewer resources for their feed,” she explained. “Pound for pound, salmon farming produces less waste — and requires fewer raw materials — to produce more of the food our growing global population needs.”

Meanwhile, at the dinner table, how does wild-caught salmon differ in taste and texture from the farmed variety? Which is best?

The fish, in order of panel preference (rated 1–10, with 10 being the highest score):

Much has changed, and for the better, since the early days of salmon farming.

“We have certainly seen improvements in the performance of the aquaculture sector over the years, and we expect even more to come as a greater number of farms understand the imperative of operating with great care for the environment and those who work on their farms,” noted Kellogg-Winters. “The farms that voluntarily commit to the ASC have to operate in a transparent manner: they must keep records, work well with the community and improve their environmental performance to meet the standard.”

You can stay current on salmon and other seafood by checking FishWatch, a National Oceanic and Atmospheric Administration (NOAA) website. The site profiles six salmon species: chum, coho, chinook, sockeye, pink and Atlantic (both wild and farmed).

Want to try your hand at whipping up a great salmon dinner? Listen to a segment of NPR’s “America’s Test Kitchen” on cooking wild versus farm-raised salmon.

Also, check out these salmon recipes from Norway.

I want to learn more about nutritional solutions for salmon.