Egging on a healthy habit 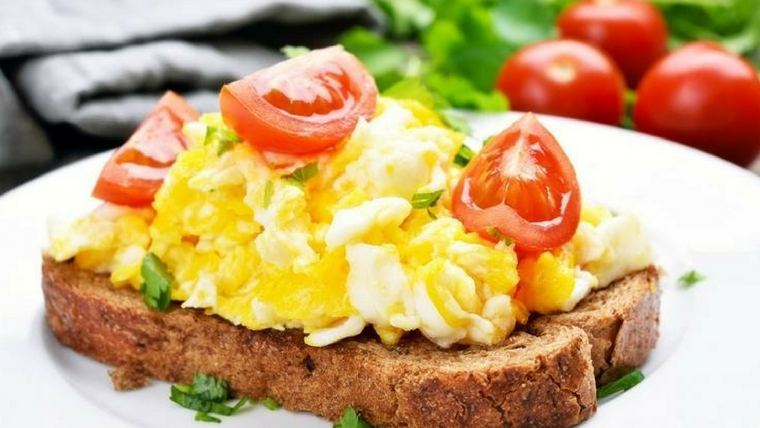 A new study indicates that two DHA-enriched eggs per day could significantly improve your brain power,

We know more than ever about the power of preventative medicine. But busy lifestyles can present all sorts of obstacles to actually practicing “wellness.”

Getting enough exercise is one issue, but making sure we keep our bodies fed with essential nutrients can also fall victim to time pressures and convenience.

Functional foods, such as enriched eggs, can fill the gap, delivering essential nutrients in delicious forms that most of us already enjoy.

“Fortified” foods have been around for nearly a century. Vitamin D was added to milk in the 1920s to combat rickets in young children, around the same time when salt was enriched with iodine to combat goiter, a disease of the thyroid gland.

But cultures with low fish consumption are more or less starved of one very essential nutrient: omega-3 fatty acids.

Intake of fatty acids in general populations worldwide does not meet dietary recommendations to prevent coronary heart disease, according to a review of data from 40 countries. reported in the Annals of Nutrition and Metabolism.

Traditionally, there has been a lack of discrimination between the various omega-3 fatty acids, and effects have been broadly attributed to the trio as a whole, according to the National Institutes of Health.

Evidence of the unique effects of DHA is growing. Well-known for its cardiovascular benefits, it has been documented that omega-3 DHA also improves cognitive development and can combat behavioral problems, such as attention deficit and hyperactivity disorder (ADHD). Improved mental health, a reduction in inflammatory and auto-immune disease, and overall general well-being are among other benefits.

Some of the more promising outcomes are being documented in people who regularly consume DHA-enriched eggs.

Gaining a great deal of attention in this area is research conducted in Thailand by Dr. Mongkol Kaewsutas, a veterinarian.

“The research carried out by Kaewsutas suggests that increasing dietary intake of DHA via functional food — DHA-enriched eggs — rather than through traditional pills or capsules, can help to improve brain cognitive function,” said Putnam.

Kaewsutas reasoned that eggs are an inexpensive source of daily protein and, as such, could be used to deliver DHA.

The problem was odor. DHA can be obtained from fish oil, but he doubted “fishy-smelling” eggs would appeal to consumers. So he turned to another natural source: algae.

“Feeding 2 percent microalgae (Schizochytrium sp.) in the diet of hens for at least four weeks resulted in an increase in the DHA level to above 100 milligrams per egg,” he found.

He wanted to test the theory that a diet including daily consumption of microalgae-DHA-enriched eggs could impact areas of the brain responsible for executive function and cognitive activities such as planning, problem-solving and focused attention.

Forty-five healthy subjects, all in their early twenties, were selected from among soldiers at Medical Battalion, Phramongkutklao Hospital in Bangkok for an eight-week trial. Subjects were randomly assigned to consume two boiled eggs per day: either normal eggs (51.82 milligrams of DHA per day) or microalgae-DHA eggs (278 milligrams of DHA per day). Electroencephalograms (EEG) were used to measure brainwave patterns before and after the trial.

“Alltech’s dried microalgae fermentation products give producers the opportunity to increase the nutrient content of eggs, as well as meats and milk, without changing the flavor and quality consumers expect,” said Putnam.

In another study conducted by researchers at the David Geffen School of Medicine at UCLA, low daily doses of omega-3 fatty acids, around 1,080 milligrams, were found to help decrease the frequency of epileptic seizures in people who haven’t been helped by drug treatments.

This was the experience of 9-year-old Maya Teves, who, unrelated to the UCLA study, experienced a sharp reduction in her epilepsy symptoms after adding at least three DHA-enriched eggs per day to her diet. Her father, farmer Wilfred Teves from Davao City, the Philippines, began working with Alltech scientists to develop an enriched egg product that will soon go to market under the brand Mega Eggs.

Another egg producer, one of the largest in the U.K., LJ Fairburn & Son Limited, moved into the production of enriched eggs, but their initial approach ran into problems.

Sarah Louise Fairburn, the company’s brand and sales director, explained why her family switched their enrichment process to an Alltech solution.

“We were selling an omega egg line into major retail, but the linseed product we were using in our hens’ diets was making them ill,” said Fairburn. “They went completely off their food, as they didn’t find this product palatable. And, of course, a hen that doesn’t want to eat her food isn’t a happy one and doesn’t lay as many eggs.”

“The hens absolutely loved it,” she said.

The value to consumers of enriching eggs with DHA is tremendous, according to Putnam.

“With the addition of algae to the layer diet,” she said, “a naturally DHA-rich egg is produced, giving the consumer the opportunity to easily increase their DHA intake, which was previously only associated with fatty fish, in a convenient, economical, tasty and easy-to-prepare package — the egg.”

Tracey Flinter contributed to this article.