Does a swine biosecurity program need to include feed safety? 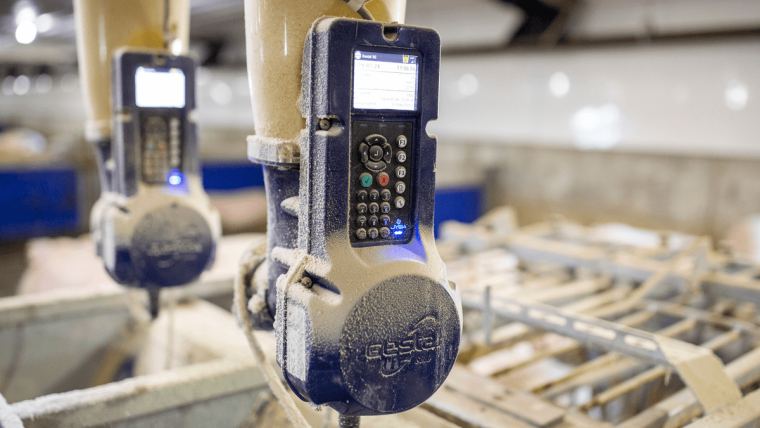 A comprehensive biosecurity program is the first line of defense in keeping the pig farm safe from outside threats and risks. But what role does nutrition play, both in the sustainability of our food chain and how we reduce the risk of viral diseases in our pig populations around the world?

In a panel discussion at Alltech’s ONE Idea Conference, Dr. Barry Kerkaert, president of Pipestone Management, Dr. Scott Dee, director of applied research at Pipestone Veterinary Services and Dr. Jon De Jong, president of Pipestone Nutrition, discussed how a porcine epidemic diarrhea (PED) outbreak in their farms led to a surprising discovery about how it was transmitted and what they have done to help prevent future issues.

Feed as a risk for viral transmission

As people in livestock and agriculture know, a huge part of a farmer’s success depends on animal health. When a farm is challenged by diseases such as porcine reproductive and respiratory syndrome (PRRS) or PED, it is all-hands-on-deck to determine what caused the outbreak and stop it from spreading further.

When PED was first introduced into the United States in 2013, affected farms initially seemed to have no connections, whether animal, transport or people connection. Questions arose surrounding what was causing the virus to spread so rapidly. Then, in early 2014, four barns in the Pipestone system had an outbreak in under 24 hours, prompting an investigation that would eventually lead to a breakthrough discovery about the role of feed in viral transmission.

Part of Pipestone’s thorough investigation was looking into the feed mill. As they continued to dig deeper into how PED spread in these secluded farms, they found that the four farms all received feed out of the same batch from the same feed mill. However, other farms fed using the same mill with no disease issues were fed out of a different batch. Because of this discovery, Pipestone decided to pursue feed’s role in transmitting the virus aggressively. Dr. Scott Dee and Pipestone’s veterinary and nutrition teams quickly concluded that feed, based on their observations and collected data, was responsible for moving this virus throughout their farms. It was a monumental discovery — the first time in the history of veterinary medicine that the transmission of PED had been shown experimentally through feed.

The cost of an outbreak: The financial and human toll

When thinking about disease outbreaks on their sow farms, Pipestone considered the cost to both the farm and the downstream flow. It is estimated that for their farms, with around 5,400 sows, a PRRS break would cost $1.5 million. The cost to include their preferred mitigant as part of their biosecurity program was approximately $0.30–0.40 per weaned pig.

“When I start thinking about mitigation, and we just do the math, $0.30 a weaned pig annualized off those sow farms, we need to prevent one PRRS break every 22 years from feed in order for that mitigation product really to be a breakeven, to pay for itself,” Dr. De Jong said, explaining how using their mitigant of choice was a no-brainer. “So, when we looked at it, it seemed like, geez, I sure think we can reduce at least one break in a 20-year timeframe with the use of a mitigant specifically targeting some of those higher-risk times of the year when we've got some cold weather up here in Minnesota and South Dakota.”

However, the financial toll of a disease outbreak is just a piece of the puzzle. When looking at a mitigation plan, farmers make decisions based on the health and safety of their pigs. Still, it is also vital to recognize an essential of sustainability: the employee — their health and attitude, which makes them want to come to work every day. When the animals are unhealthy, the team’s morale deteriorates, and that can result in higher turnover, usually leading to poorer results.

Does feed pose a disease contamination threat on a farm? Absolutely. Is it the leading risk or the only risk? Absolutely not. However, it is part of a biosecurity program that needs consideration and thought. While other factors contribute to disease risk, a comprehensive biosecurity program is one of the most important programs a farm can put in place. It acts as the farm’s guard to keep it safe from outside threats and risks, and the first line of defense starts with feed safety.

To watch the full panel discussion from the Alltech ONE Ideas Conference, click here. 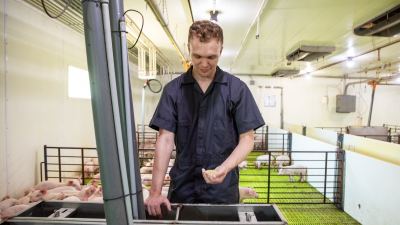 Insights and tips for pig producers from the 2022 U.S. Harvest Analysis

The presence of mycotoxins in your pig herd’s feed regimen can negatively influence growth and performance....