Chris Zook: Why founders are the future 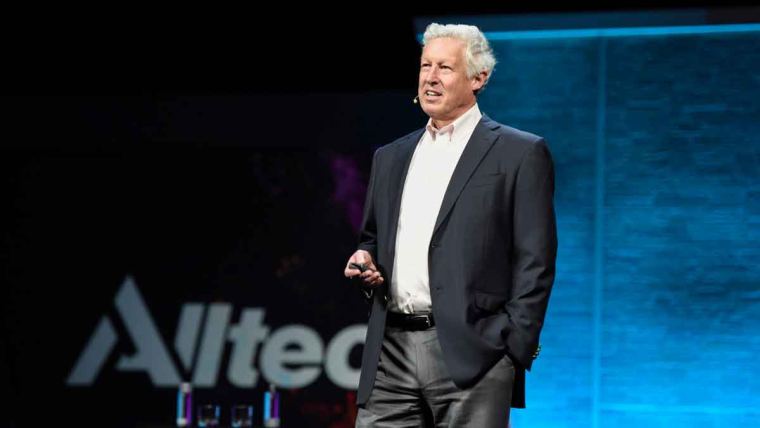 It became quickly evident why Zook has been named one of the most interesting strategic thinkers working today.

I came across a quote recently that struck me as very powerful. It said, “The solutions to some of our most complicated problems are often too simple to believe. We either don’t carry the courage to implement them or we doubt the power of simplicity.”

Chris Zook, best-selling author and advisory partner at global management consulting firm Bain & Company, joined us at ONE: The Alltech Ideas Conference (ONE19) to discuss the critical role of simplicity in business and the importance of embracing the founder’s mentality.

According to Zook, the Founder’s Mentality® was created through the convergence of three factors:

The paradox of growth

Growth is a key factor to measuring the success of a business, but Zook pointed out that, ironically, “growth creates complexity, and complexity is the silent killer of profitable growth.” Along with co-contributor James Allen, Zook developed the concept of the founder’s mentality, which is based on the idea that companies can become global leaders without losing the principles that first led them to success.

It’s worth considering that successful companies are often considered revolutionary in their respective industries when they make their debuts. They are quick to adapt, make decisions and forge ahead. Their primary focus is their customers, and they deeply value simplicity. However, as many companies begin to grow and achieve scale, they lose sight of the core set of beliefs and values that originally helped them prosper, and this is generally when significant problems begin to arise. Zook and his colleagues’ research has shown that the majority of the handful of companies that have sustained 10 or more years of continued, profitable growth have either maintained or restored (as was the case with Starbucks) their founder’s mentality.

Success from the inside out

As Zook noted, “Strategic problems outside often reveal deeper challenges and the root causes of breakdown inside.” The Founder’s Mentality approach outlines three primary indicators of a business’ deep internal health and preparedness for the challenges of growth, with Zook stating that a company is 15 to 20 times more likely to be a top performer if they present and value these elements:

Zook concluded his presentation with the following recommendations:

He also shared the “Day 1” philosophy of Amazon founder and CEO Jeff Bezos as a prime example of how to maintain a founder’s mentality: “Day 2 is stasis. Followed by irrelevance. Followed by excruciating, painful decline. Followed by death. And that is why it is always Day 1.”