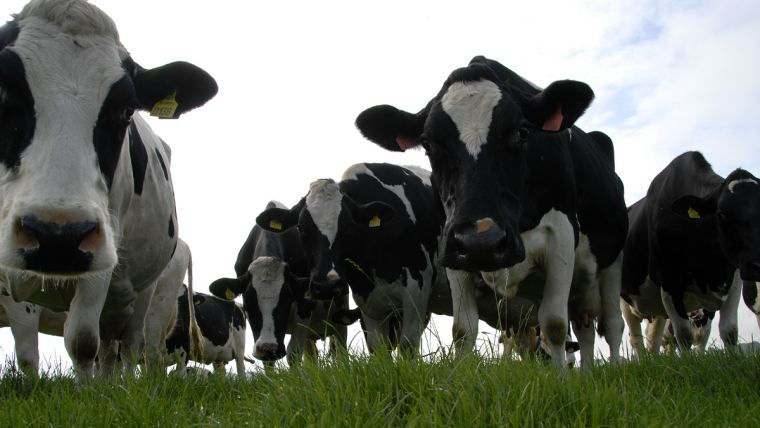 Unless extended lactations are being considered, dairy cows should rebreed every 12 months. Given an average lactation length of 305 days, this allows a dry period of 60 days during which the cow can recover from the previous lactation, complete the growth of the unborn calf and prepare for the next lactation. Failure to meet a calving interval of 12 months often results in an extended dry period where cows are not only non-productive but can become over-conditioned prior to calving.

Achieving 12 month calving intervals is most important for those farms that block calve in the spring; in order to exploit the potential of grazed grass. Those cows that calve later due to previous breeding problems not only miss the opportunities which the spring flush of grass brings to such systems, but will need to be managed differently from the rest of the herd during the subsequent Autumn and winter periods to drying off.

In contrast, where all year round calving is adopted and higher milk yields are being targeted, there may be merit in a modest increase in calving interval to 13-14 months, as such cows can often be quite difficult to dry off when still giving in excess of 25kg milk/day at lactation day 305. This should not however be seen as an excuse to accept longer calving intervals with longer dry periods. There is no biological evidence to suggest that dry periods of more than 60 days are of value to most cows.

With the aim of most dairy farmers being to achieve an average herd calving interval of 365 days, it follows that the cow must be in-calf before 90 days post-calving. Most cows will start to ovulate again at 20-25 days post-calving and on most dairy farms, rebreeding will commence after 55-60 days in milk. As the average length between oestrus bouts is 21 days, this only gives two opportunities to establish a successful pregnancy.

In higher yielding cows, the re-commencement of oestrus activity may be delayed (circa 8-14 days), further shortening the period available for rebreeding if a 365 day calving interval is still being pursued.

Getting cows back in calf has huge financial implications in all systems of milk production. For spring calving herds it is important that tight calving patterns are achieved to optimise pasture utilisation, whilst in all year calving herds, extended dry periods can be expensive and should be avoided wherever possible. Reproductive function is quite complex and as this report has shown, is affected by the nutritional and the metabolic state of the cow. As feeding for high peak yields loses some of its importance, so there is considerable opportunity to manage the nutrition of the cow to achieve good milk yields of good milk composition, with satisfactory levels of fertility placing similar emphasis on all 3 of these important components.

The current trends to lower first service conception rates and increased number of serves required per pregnancy need to be reversed. Improved management with better detection of oestrus activity is important but equally the benefits from improved nutritional management can be considerable. Whilst many herds have first service conception rates at or below 40%, there are well-managed herds where values in excess of 60-65% are being achieved – this applies equally to large herds as well as those with fewer cows.