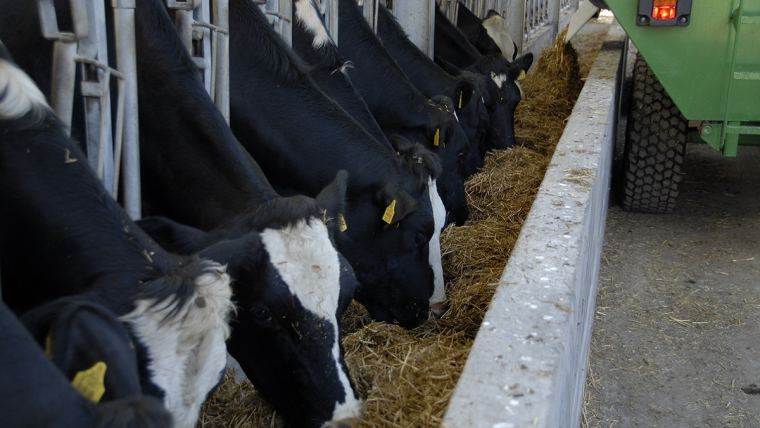 As a manufacturer of diet feeders, KEENAN has set the standard in machine performance, reliability and service for many years. The old KEENAN adage “You’ll never miss a feed” has become a byword for the excellence of KEENAN service.

However, sometimes our service agents, who are based throughout the UK, operate above and beyond the call of duty, as Yorkshire dairy farmers David and Andrew Pattison discovered last Christmas Eve.

“At four o clock on Christmas Eve, as I was feeding the cows, I heard a knocking noise coming from the machine” David explains “ Everything was going around, apart from the discharge augur, so I decided to shut it down.”

The Pattisons have a KEENAN which was bought second hand seven years ago, and had experienced very few problems with the machine, and have been really impressed with the reliability of the machine.

Now can you imagine how it feels – you have 180 cows to feed, it’s Christmas Eve? It’s bad at the best of times to be in such a situation, but a nightmare on this particular day.

“I honestly did not think for one minute that anyone would turn out, but I remembered that the plate on the back of the machine states “Peter Woodhouse – 365 days a year service”.

David rang Peter Woodhouse, who said to him “Just put the machine in the shed, leave the lights on, go to bed, and it will be repaired by the morning for you.”

Peter left Bootle immediately for Northallerton – a drive of two and a half hours. “I didn’t even have second thoughts about doing this repair, it’s the service we provide for KEENAN 365 days of the year” he says. “Our service vans are fully stocked so we are able to carry out the majority of repairs and service on site, which saves farmers both time and money.”

Co-incidentally, one of Peter’s mechanics, Fred Gear was carrying out a repair at Ken Brough’s KEENAN at Wigton.  “I rang Fred and he met me at Pattisons so we worked together on the repair. It was a big job and we worked until about 2.30am, finally arriving back home in Bootle at around 5.30 am.”

The Pattison’s were amazed at this service. “We are milking 180 cows, averaging around 8,500 litres. If the KEENAN had not been repaired, we would have had to feed silage using a for-end loader over the holidays.”

“We also rely heavily on InTouch. It’s easy to use, especially now that it’s web-based. It makes it simple to alter a ration and ensure that we are feeding the optimum ration for the right number of cows.”

“Apart from the inconvenience, our milk yields and quality would probably have dropped dramatically, and this would have led to a loss of income.”

The Pattison brothers conclude “This was fantastic service from KEENAN and Peter Woodhouse. There are not many people who would turn out on a Christmas Eve to help you out.”