The proof is in the cudding

Not all yeasts are created equal; strains differ the same way breeds of cow differ. Some yeasts can significantly improve feed efficiency and fertility, while others are less able to do so. For cows to be able to realise more potential from feed, producers are advised to feed the right strain in the right amounts.

All yeasts “feed” rumen bacteria, but live yeast also actively scavenges oxygen in the rumen.  Oxygen is toxic to the anaerobic bacteria that break down feed in the rumen, so less oxygen means more active bacteria, better digestion, better feed efficiency and more milk or live-weight.

Dead (or “stabilised”) yeast does not have the ability to use up oxygen in the same way live yeast does, and copious evidence exists proving that live yeasts are still alive in feed and minerals.

Different yeast strains stimulate different groups of bacteria. Some bacteria in the rumen break down fibre while others “mop up” acid. Alltech’s Yea-Sacc® has the advantage of stimulating both groups, resulting in increased average rumen pH at a less varied rate for longer periods.

So, how can we easily assess fibre digestion on-farm? First, look at the cows: Are 80 percent of your cattle lying down and cudding when they’re not eating or drinking? Next, assess dung consistency across the herd: Is the dung consistently firm enough to form a thick, domed pat, and do you hear a slow clapping sound upon defecation? Alltech promotes the use of dung sieves to achieve more accurate measurements.

The image below shows large, undigested particles trapped in the top sieve (left) versus smaller particles on the right. If we were to take this picture again three weeks after adding Yea-Sacc® to the diet, we would see fewer large particles in that top sieve — more specifically, a decrease of as much as 50 percent.

Which strain of yeast is the best?

Everyone says theirs is the best, don’t they? After all, has anyone ever pulled into your farm yard to tell you they have the second-best product on the market? Fortunately, however, you don’t have to take anyone’s word for it regarding yeast, as every strain of yeast must be registered with the European Food Safety Authority (EFSA). As part of this registration process, companies must prove that their product is both safe and effective. Each yeast strain is then registered at a certain strength and benefit for beef, diary, sheep or pigs.

In official studies, Alltech’s Yea-Sacc® helped increase average milk production by 1.4 litres per cow per day, and the beef trials submitted to EFSA showed an improved feed efficiency of up to 12 percent.

Other yeasts on the market have failed to demonstrate this level of efficacy for either beef or dairy species.

How can I avoid wasting my money on yeast?

Ask for Yea-Sacc® by name, and look for the code number CBS 493.94 on the label of your compound feed, minerals or blend.

For nutritional queries or to arrange a dung sieve assessment, please call us on 01780 764512.

Take the heat out of production

It seems timely writing a blog about heat stress exactly one week from the summer solstice. But with the current daily temperature at 13 degrees and parts of the UK having just experienced two months’ worth of rain in two days, it may have been more apt in February, when we had record highs of 20.6 degrees Celsius in Wales! For a mature... 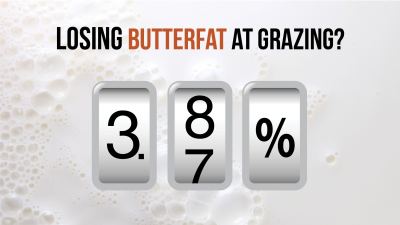 Butterfat levels experience the most turmoil in the spring, when cows are grazing lush grass with a high sugar content, as well as in the summer, when they are faced with varied grazing rounds and the potential effects of heat stress. ...

From breeding to feeding your next show success

Picture the scene: your favourite cow has finally calved — the long wait is over! This was a perfect, trouble-free calving, and you can immediately see the showing potential of this new arrival. Over the next few days, you start to picture the up-and-coming events where your new “champ” could be shown. Breeding and genetics, however,...