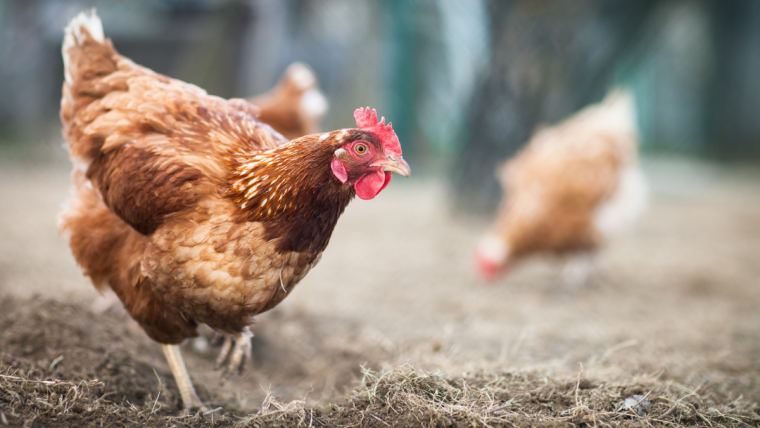 What is heat stress?

Heat stress is an issue caused by rising temperatures in animal production operations. As the animals’ environment begins to heat up, it can impede performance, efficiency and, ultimately, overall production profitability.

This can be a problem with any poultry production unit since high product output (meat or eggs) leads to greater metabolic activity and, thus, greater body heat production. This is especially true for the chicken broiler since it is growing at a rapid rate, and while heat production is therefore increasing, its ability to dissipate heat is diminishing as its body surface, in relation to body weight, is decreasing. The ideal temperature range for poultry (thermoneutral zone) is around 20–27°C. The Feed Conversion Ratio (FCR) of layer flocks will be optimal when temperatures are kept within this interval.

What are the signs of heat stress in laying hens? 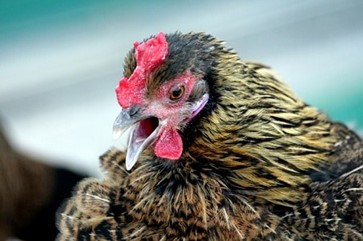 The mechanisms used by chickens to dissipate heat have some important differences compared to humans. Chickens do not have sweat glands, hence they cannot sweat to help regulate their body temperature. Instead, chickens under heat stress use panting (rapid and shallow breathing while keeping the mouth open) to cool down. A consequence of panting is the evaporation of water and carbon dioxide through the mouth. The spreading of wings is another mechanism that chickens use to dissipate heat. Chickens adapt their behaviour when exposed to high temperatures to reduce body heat production. The reduction in feed intake is an example of such behavioural changes. Further, chickens will seek shade (if available) and limit their movements; these actions also help reduce body heat production. Another important mechanism for heat dissipation in chickens is to redirect blood into the periphery (namely, to the comb and wattles). In simple terms, this brings internal body heat to the surface to be lost.

How do birds keep cool?

· Vasodilation: Blood runs to the comb and wattles to bring internal body heat to the surface to be lost.

· Conduction: Heat loss to cooler objects in direct contacts, such as seeking walls or digging into the litter.

All the above-mentioned mechanisms contribute to maintaining the body temperature of chickens, so they are required for their survival. Although indispensable, these mechanisms also cause a few negative impacts on chickens. Several production parameters are negatively affected by heat stress, namely:

· A reduction in egg production.

· Depression of the immune system and an increase in mortality rate.

When the circulation of blood in the periphery of a chicken’s body increases, conversely, the blood supply to internal organs, namely the intestine, is reduced. This leads to a decrease in the supply of oxygen (hypoxia), which, in turn, will trigger the production of reactive oxygen species (ROS) and oxidative stress. These changes cause enteritis (inflammation of the intestine) and “leaky gut” (passage of antigens, toxins, and bacteria, such as E. coli and Salmonella spp., into the chicken’s bloodstream). Severe intestinal damage is also a major factor involved in heat stress-associated mortality. 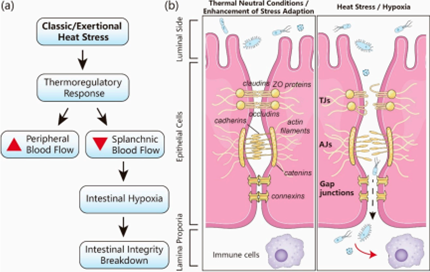 Although the intestine of chickens has been considered the organ most vulnerable to heat stress and the associated oxidative stress, other organs are also greatly affected. Indeed, the oxidative stress that is induced by high temperature will have a direct effect on the integrity of the shell gland (uterus) and the liver, among other organs. Therefore, there will be an important reduction in the external (shell) and internal quality of eggs. 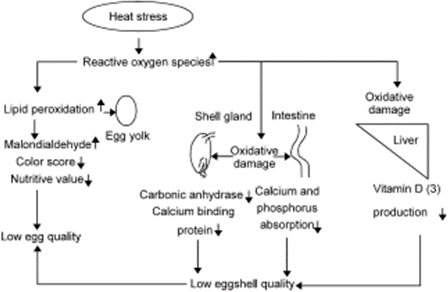 As already mentioned, panting increases the loss of carbon dioxide (CO2). Consequently, there is a decrease in the concentration of bicarbonate (HCO3-) and hydrogen (H+) ions in the blood, which raises blood pH (respiratory alkalosis). The elevated blood pH reduces the concentration of free calcium in the chicken’s blood, thereby further aggravating the negative effect of heat stress on eggshell quality.

To mitigate the negative effects of oxidative stress (a consequence of heat stress, as mentioned before), it is crucial that the antioxidant defence system (glutathione peroxidase, superoxide dismutase and other enzymes) protects against extensive damage to the intestine and other organs. If the defence system is overwhelmed, there will be negative consequences to the integrity of those organs.

The proper functioning of the antioxidant defence system requires an adequate supply of certain minerals, which are the cofactors of the enzymes involved in the system. Such minerals include zinc, manganese, copper, iron and selenium. When these minerals are supplied, even at low doses, in the form of Bioplex® chelated minerals and Sel-Plex® organic selenium yeast, there is a significant improvement in the antioxidant capacity of the chicken’s body. As demonstrated by Qiu et al. (2020), the use of Bioplex is associated with an improvement in the structure of the eggshell, which increases eggshell strength and reduces egg loss (lesser percentage of downgraded eggs).

The use of Actigen® is a reliable tool to optimise gut health. Years of research have demonstrated an increase in villus height and surface (absorptive) area, as well as in the activity of endogenous digestive enzymes, among other beneficial effects to chickens.

Its effect on binding certain intestinal bacteria is of particular interest to poultry producers. Indeed, Actigen reduces the adhesion of E. coli and Salmonella to intestinal cells, thereby facilitating a reduction in the associated inflammation. It also improves the barrier function

of the intestinal tract and, as published by Girgis et al. (2020), the use of Actigen in feed has been associated with an over 40% reduction in the detection rate of Salmonella enteritidis in the ovary of laying hens.

For more information on how to help mitigate the effects of heat stress in poultry through supporting gut health and the antioxidant defence system, fill out the form below. 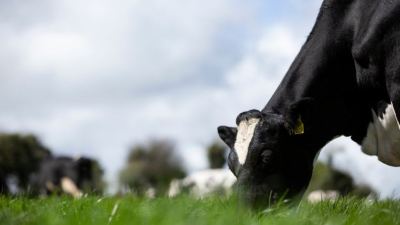