A nutritional revolution: 7 changes in nutritional dogma on alternative sources of trace minerals 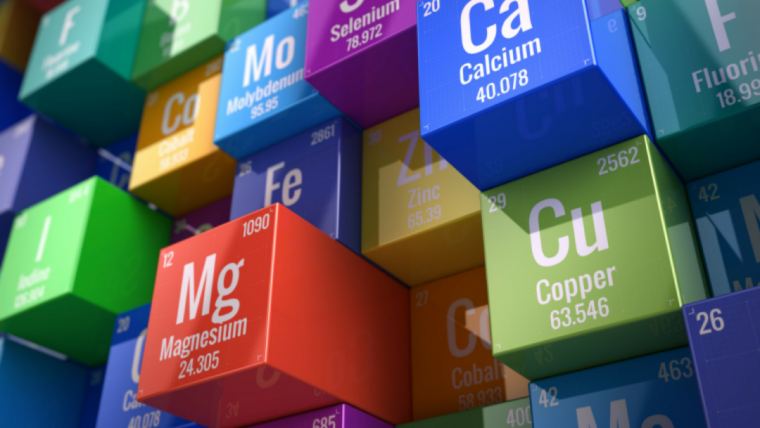 In the early 1990s, organic trace minerals were first developed to reflect the way trace minerals naturally occur in plants. These supplements have a protein-like or carbohydrate ring structure that attaches to the trace mineral at multiple sites. The protein or carbohydrate component serves as a protective, stable delivery system, increasing the likelihood of mineral absorption.

The last 20 years of research confirm that the difference between a mineral salt and a trace mineral bound to a stable organic ring are substantial. The evidence points to organics as a superior source of trace minerals, but beyond that, we see unprecedented effects in the animal when they receive optimally formulated minerals. Organic trace minerals are changing the way we look at livestock nutrition overall.

1. Not all trace mineral forms are created equal

Historically, inorganic trace minerals have been the primary form of mineral supplementation. Their inexpensive synthesis, however, produces a supplement that quickly dissociates and reacts within the feed and digestive tract.

Dr. Richard Murphy is a biochemist and research director in Dunboyne, Ireland, who has focused much of his work on characterizing, comparing and optimizing trace mineral supplements.

"When comparing mineral products — both inorganic and organic — the key differentiation point is to understand their stability through the GI tract," said Murphy. "Stability at the acidic pH found in the gastric environment is critical to ensuring maximal delivery of mineral to sites of mineral absorption in the intestine."

Surprisingly, Dr. Murphy's research has also found that not all organic trace minerals are created equal.

"Ultimately, the type and position of the amino acids used in organic trace minerals are critical for stability," said Dr. Murphy.

Different brands of organic trace minerals use different amino acid and peptide strands, some with far weaker associations and lower stability than others.

Studies routinely feed organic trace minerals at levels 30-50 percent lower than inorganics because the superior delivery system of organics allows them to be more efficiently absorbed. Poultry scientists at the University of Kentucky asked, "Just how much more efficiently?"

In their study, broilers were fed organic trace minerals at levels 75 percent lower than commercial levels for inorganics. These birds reached a desirable market weight in the standard six-week period and showed no signs of deficiency or disease, even though they were fed only one-quarter the mineral ration of their inorganic-fed counterparts (Ao et al., 2009). These relative concentrations are below those traditionally recognized as needed for meeting the birds’ requirements.

Trace minerals have a lock-and-key effect on certain antioxidant enzymes that are critical to immune function. A sufficient supply of trace minerals can be described as the sustaining fuel of the immune system. Recent feeding trials and nutrigenomic studies showcase organic minerals taking on some of agriculture’s most costly diseases.

"BRD costs the U.S. beef industry upwards of $800 million and is the greatest concern and cause of loss at the feed yard,” said Dr. Vaughn Holder, lead beef researcher at Alltech. “Organic trace minerals provide a new reinforcement to the animals’ first line of defense and add tremendously to the producer’s peace of mind."

From gene expression to disease markers and mortality, there is mounting evidence that the bioavailability of organic minerals better equips animals to take on and survive disease challenges.

"Trace minerals are essential to antioxidant enzymes in the meat," said Dr. Rebecca Delles, an Alltech meat scientist. "By providing a trace mineral source that is more bioavailable, those antioxidants have a better mineral supply to sustain their activity."

"The average amount of time it takes a consumer to recover from a bad meat purchase is three months,” said Dr. Delles. “If the appearance, flavor or texture is perceived as being low quality, it will be another three months before the customer reconsiders purchasing that meat product. In fresh pork, if only 5 percent of U.S. consumers have a bad meat experience, that could still bring a projected loss of 3 percent — or $181,938,556.80 — over the course of 12 weeks due to what might seem like 'just color or texture.'"

The instability of inorganic minerals makes them difficult for the animal to absorb. This often leads to overfeeding of trace minerals and, therefore, excretion of large quantities of minerals back into the environment. These excreted minerals alter what is known as a “mineral footprint” and contribute to soil and water contamination.

The improved bioavailability allowing lower inclusion rates of organic trace minerals has been found to directly reduce the mineral footprint of livestock.

A series of trials conducted by agriculture institutions across China in 2017 found that in swine, poultry and ruminants, organic trace minerals could be fed at substantially lower quantities than inorganics and yield the same performance — but return much lower mineral excretion. The same was not true for inorganics: while low levels of inorganics also reduced mineral excretion, they were detrimental to animal health and reduced performance (Guo et al., 2017; Ma et al., 2018; Qui et al., 2018).

"This type of research changes the way we study animal nutrition,” said Dr. Karl Dawson, ruminant microbiologist and chief scientific officer at Alltech. “These are the solutions we need to sustainably feed our growing populations — benefitting all stakeholders while decreasing the environmental impact of intensive animal production systems."

Trace minerals have a multigenerational effect. Like other nutrients, trace minerals change gene expression, effectively turning genes on or off, up or down. Those changes in gene expression are heritable — meaning the effects of a mother's nutrition, good or bad, are passed on to her offspring before they even take their first bite of feed. This phenomenon, known as epigenetics, gives producers and nutritionists the power to use nutrition to build their future herd.

Dairy scientists at Pennsylvania State University studied a herd over three generations and found that heifer calves experienced 10 fewer days of sickness and came into estrus 26 days sooner when their dams were fed organic trace minerals (Gelsinger et al., 2016; Pino et al., 2018). This was true even for heifer calves who didn't consume organic trace minerals themselves, confirming that the effect was solely due to maternal nutrition. Fewer days of sickness are correlated to increased milk production later in life and reaching reproductive maturity almost one month sooner, which is worth approximately $100/head in management costs and a 2-3 percent decrease in carbon footprint.

In beef cattle, calves born to cows fed organic trace minerals showed improved body weight through weaning and again at 205 days, regardless of their own diet (Price et al., 2017). Weaning is one of the most critical stress points in the beef life cycle — but organic trace minerals in utero allowed weaning and young calves to thrive despite their circumstances. While trace minerals can have an incredible impact on a single animal, results like these show potential for strategized feeding for the future herd.

The advent of precision feeding

From feed to fork, trace mineral source makes all the difference. Organic trace minerals provide livestock with an essential nutrient in an optimized form, and the effects of such precision reverberate throughout the entire food chain. With effects on animal health and welfare, producer livelihood, consumer preference and environmental protection, no stakeholder is overlooked. This is the advent of a revolution in precision feeding. Well-timed, optimally designed nutrients can reveal to us an animal's real requirements and allow them to achieve their true genetic potential, so that we can build better herds and feed a growing population.

Click here to learn more about solutions through the Alltech Mineral Management program. 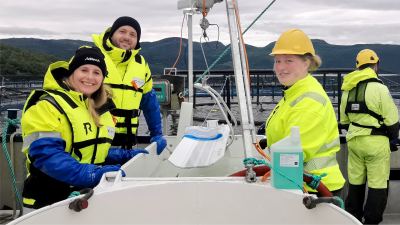 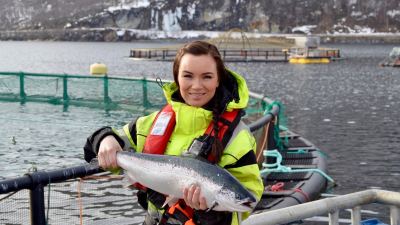 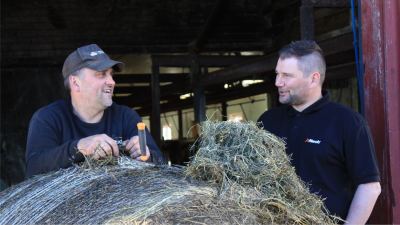