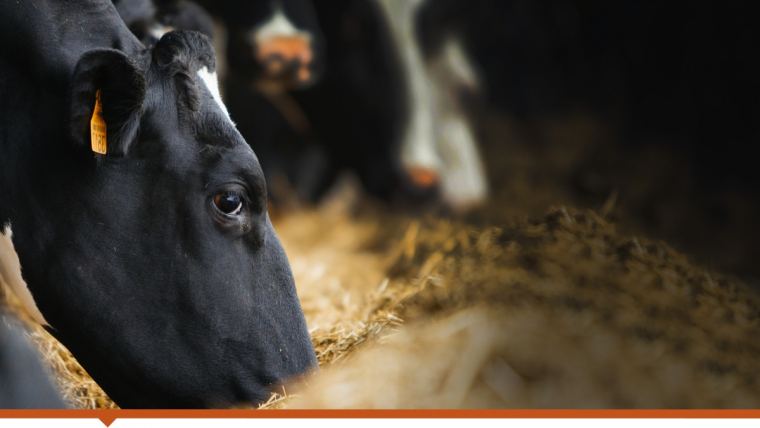 Tightening soya supplies gives us the opportunity to look at alternative protein replacements.

Over the last number of months, we have seen many supply chain issues affecting the availability of raw materials — protein sources in particular. Soybean meal remains the go-to protein source in ruminant diets and one that many farmers, both beef and dairy, heavily rely on. While the supply of soybean meal has come under challenge in recent times, which is reflected in its price, there also remains a growing global concern around the environmental impact associated with its use in ruminant diets. This leaves us with the question: Is there a more environmentally friendly and cost-effective solution to replacing soybean meal in ruminant diets?

A protein alternative you can count on

Optigen® by Alltech is proven to be a reliable, consistent protein alternative.  Optigen is a slow-release non-protein nitrogen source that provides a steady supply of nitrogen to the rumen microbes. Essentially, what we do when we feed ruminant animals is feed the bacteria in the rumen; the healthier the bacterial population, the greater the breakdown of feedstuffs and energy release for milk production — or in the case of beef animals, meat. Because the nitrogen in Optigen is released in a similar way to soya protein in the rumen, Optigen can be used to replace part of the soya — or some other protein concentrates like rapeseed meal — in the diet of dairy, beef and youngstock to ensure the animals meet their protein requirement.

Optigen is a concentrated  source of non-protein nitrogen, leaving more room to add extra energy to the diet — the main driver of milk yield or meat production. Generally, 100 grams of Optigen could replace 0.5 kilograms (or 500 grams) of soya, affording more room for more cost-effective forages and concentrates currently available on-farm.

Figure 1 shows a diet before and after Optigen inclusion. The animal’s protein requirements can be met more efficiently using Optigen, allowing you to reduce the total crude protein of the diet by around 0.5–1%. 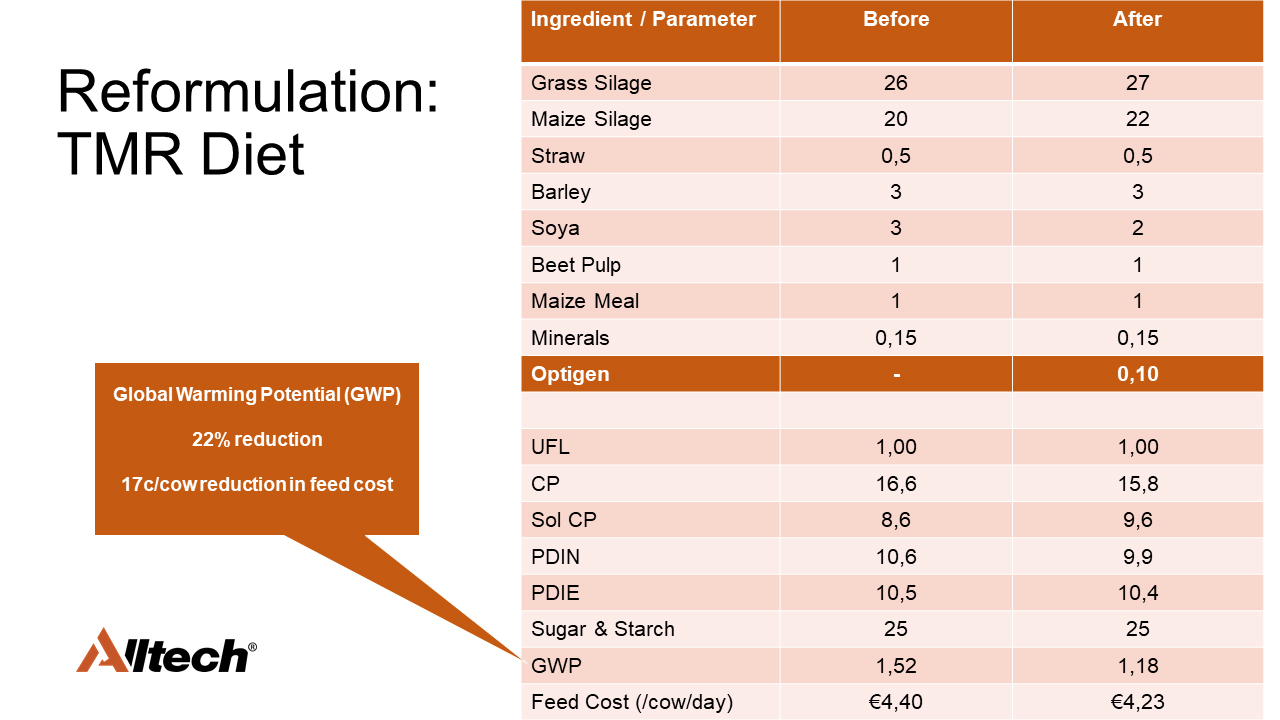 Figure 1: Diet before and after Optigen inclusion.

Alltech nutritionists have seen the results of Optigen on-farm, and many farmers include it in their TMR diets, increasing milk from homegrown forage while reducing reliance on ever-more costly soya and rapeseed meal. At current prices, soya is 30% more expensive per unit of protein than the equivalent unit of Optigen, meaning using Optigen reduces the total cost of the diet.

Another advantage is that the Carbon Trust has validated that the replacement of high-carbon ingredients (such as soya) with Optigen significantly reduces the risk of a high carbon footprint, without affecting (and in some cases positively affecting) animal performance. 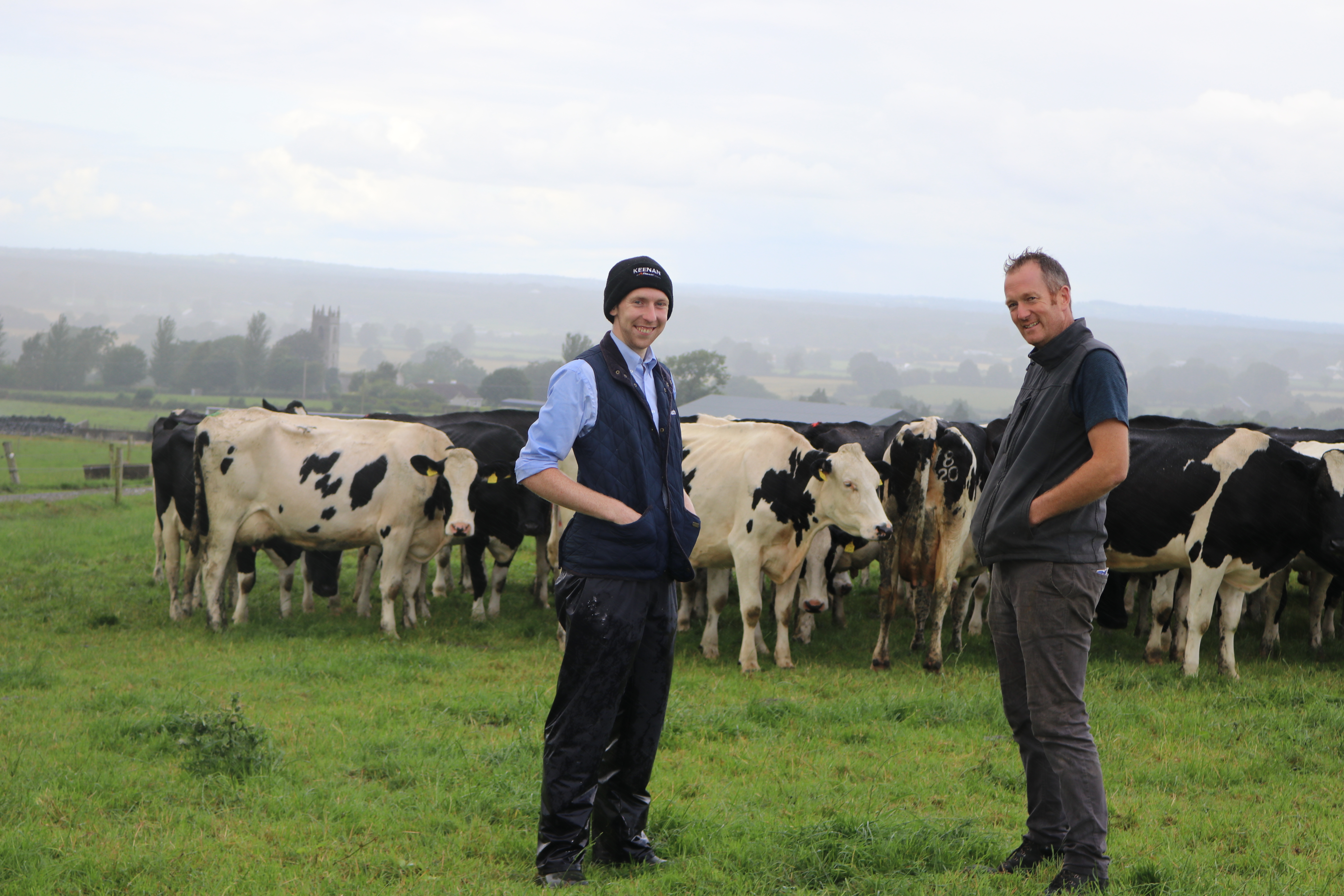 “The cows are Holstein Friesians; I run a split calving system winter and spring milking 108 cows overall, with 40 calving in the autumn and 68 in the spring,” John describes. “The cows are doing about 8,000 litres on average over the lactation, and in 2020 we had 600 kilograms MS per cow from about two tonnes of meal a year.”

John works closely with his InTouch nutritionists and places a major focus on the nutrition of his herd. In 2020, Kevin Graham, regional manager for Alltech, carried out a digestive analysis by manure sieving on the farm. This shows how well the cows’ feed is being utilised while helping to identify the amount of undigested feed passing through the animal. Figure 3 shows the initial result of this analysis; 70% of the sample remained in the top sieve, while the aim is less than 10%. Kevin Graham recommended John add Optigen into his diet. 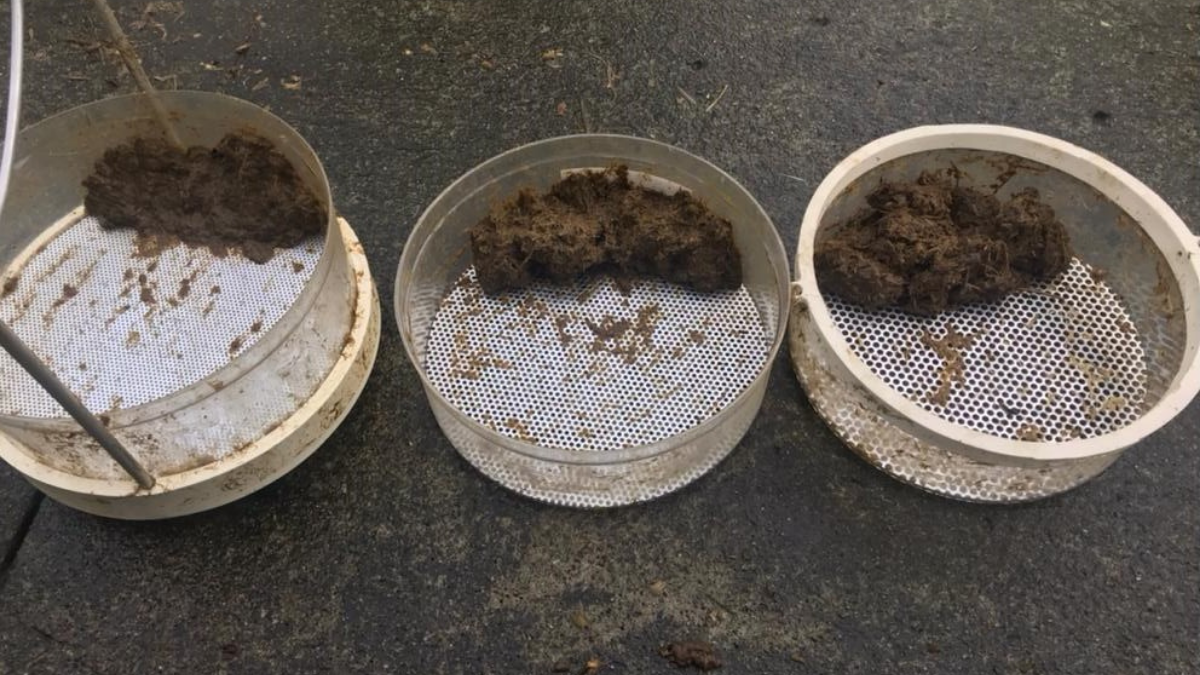 “Optigen did exactly as promised. That is, when the manure sieving was done first, there was 70% in the first or top sieve and 30% in the last, which was the wrong way around,” John explains. “Then, 10 days later, when the second manure sieve was completed, we had an increase in milk production, and the results had completely changed around (Figure 4)! Exactly as I was told they should; and I am seeing them continue to improve.” 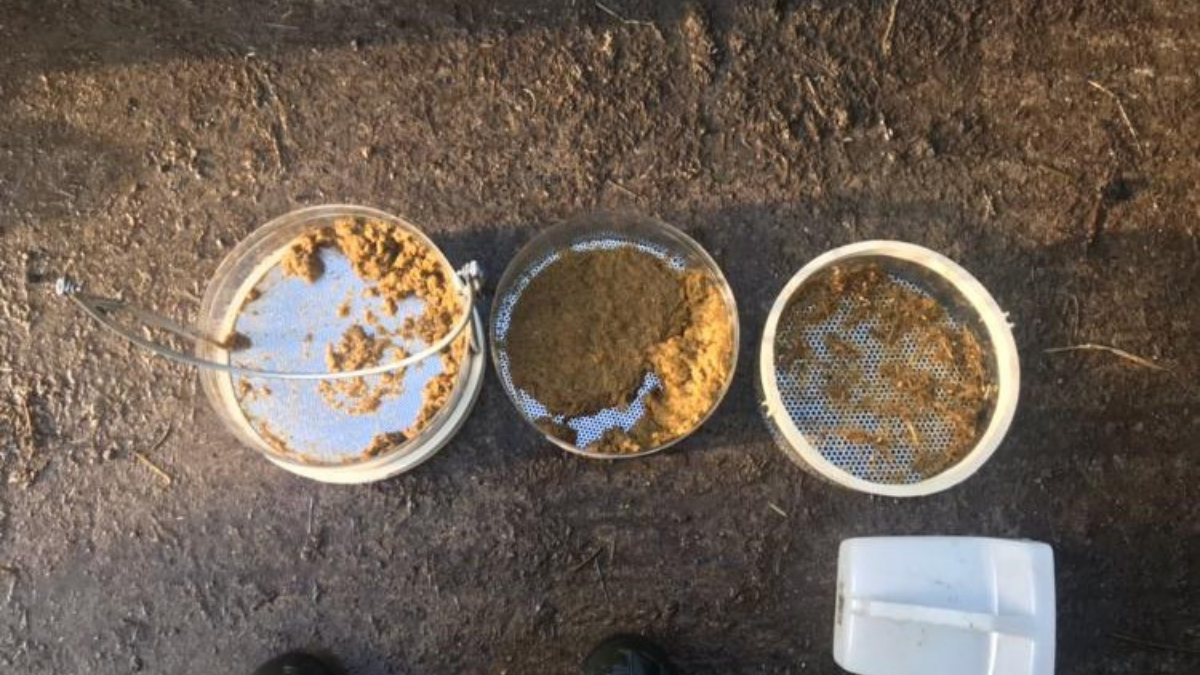 Figure 4: After 10 days (from left to right: bottom, middle and top manure sieve).

Feed represents up to 70% of beef and dairy production costs. If feed is not being utilised efficiently by the animal, it can not only be a considerable cost but can also lead to less milk produced in dairy cows.

To find out more, speak with your local feed supplier or Alltech nutritionist to see if Optigen can be incorporated into your feed or as a farm pack in your TMR.