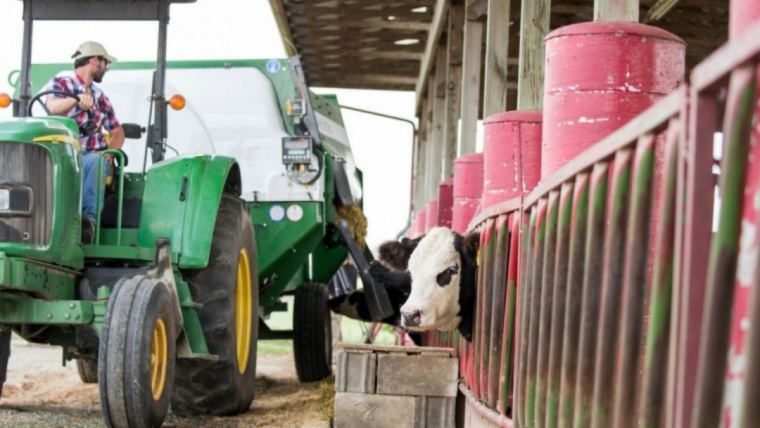 The SoundCloud content at https://soundcloud.com/alltech-1/051-keeping-farmers-intouch-with-herd-performance-eddie-daly is not available, or it is set to private.

The following is an edited transcript of Tom Martin’s interview with Eddie Daly, business development manager at InTouch. Click the link above to hear the full audio.

Eddie Daly is the business development manager at InTouch, a live nutritional support service developed by KEENAN to provide real-time feedback on diet performance. He joins us from Dunboyne, Ireland.

Eddie:                         InTouch, in its simplest form, is a live feedback and support system for predominantly ruminant farmers — dairy farmers or beef farmers. My role as business development manager is growing the business, growing InTouch’s presence in the different regions, especially those new regions that we're going into now with Alltech as our mother company. It’s bringing new technologies to the market and tailoring InTouch’s offering for each region.

Eddie:                         It's changed drastically in the last seven years. Conservative estimates say there are 10 billion connected devices at the moment — some people say there are about 20 billion — so, it's huge. The number of smart devices in our everyday lives has grown astronomically. I think the goal in all of this hasn't changed. It's all about making those devices speak with each other and delivering a coherent message to the end user at the end of the day.

Eddie:                         I suppose it means, in its simplest form, that we record what is happening on a daily basis on each farm. So, farmers and nutritionists will talk about the prescribed diets of the day that they formulate and try and execute. So, what we're recording is what they actually put into that mixer wagon. So, we’re importing data back from the mixer wagon and we’re combining that with production data to give them different key performance indicators.

Eddie:                         Yes. We’re importing data from the sensors from the mixer wagon and we're also importing different kinds of service sensors. That can be anything from chain tension, so different things that are important to the farmer for both his performance and also for his machine operability.

Eddie:                         You're exactly right. You know, we’re being inundated with data from different sources. It can be very difficult for one farmer or one customer to sit down and make sense of it all. One of the most important elements of InTouch is having a human at the other end of the phone or other end of the computer. We have a trained team of InTouch nutritionists, who will interpret the data that has already been crunched. So, the data has already been interpreted by our algorithms in the InTouch system. That person at the other end of the phone will relay the information to the farmers. So, we’re always trying to make it very manageable for the farmer to make one small decision that might make an improvement on his overall operations.

Eddie:                         Our goal at InTouch is to simplify the process so that we can say that, whether you are operating the mixer wagon yourself or whether you have three different operators, with InTouch you can be guaranteed that it's being operated consistently on any given day.

We’re trying to simplify the process of loading the mixer wagon. Then, at the other end, when we have the performance information, we're trying to give farmers useful management clues as to what he should be doing. We can take different producers from a particular region — take the U.K., for instance — and we can benchmark each producer against other producers in his region. He can see in a snapshot where he lies in that league table, how he is performing, and then that will give him clues as to what he should be doing or what he can do to improve.

Tom:                           Now that we’ve gone cloud-based — that was in 2011, as you mentioned — all the farmers’ information is stored securely in the cloud. That means they can access their data from anywhere, at any time. So, they can log on to their own unique producer portal through any device and access their information straight away. With the mobile app, everything is a lot simpler; you can make changes on the go. I was recently speaking to a beef producer who was importing a lot of animals on a daily basis. He was going to different sources, and from his mobile, he could update his rations based on his changing inventory of animals. So, that made his life a lot easier, and he could then spend his time better, as a result.

The next thing that makes InTouch different from other management tools is that there's a person who is interpreting the data and taking it to the next level. These are trained nutritionists. They can advise on a new formulation of the diet as a result or they can just simply walk through with the farmer the different management things he's doing and make suggestions. In the end, the farmer gets a very condensed bit of information. He's not having to deal with reams of data; he’s able to get to the root of the problem much more quickly.

Eddie:                         We're working with a few retailers that are concerned about traceability. They want to guarantee that their end product is from a credible source. So, we're working with them by collecting and recording the feed data so they can then say, “This animal has been fed this diet over a certain amount of days and achieved this performance.” So, they can put a stamp on it and say, “We can verify this beef or this milk” or “This is a truly sustainable product because we know where it’s coming from — we know what it’s been fed and we know the cost of it to the environment.”

Eddie:                         Yes. There are so many smart devices coming on board now. In agriculture, it's definitely a very hot area. We’re certainly looking at incorporating things like cameras. There’s a lot of very smart technology out there monitoring cow behavior through cameras, monitoring feed behavior as well.  I suppose one of the most well-known ones out there is NIR, or “near infrared technology,” which is able to get a snapshot of the quality and the nutritional value of some ingredients. So, we’re very open to building those kind of things into the system and tailoring our approach.

With Alltech coming on board and acquiring InTouch, we definitely see synergies between the two companies. We've always been about precision feeding, and with Alltech, we’re seeing potential to get to precision nutrition. Alltech has a lot of very nice solutions based on minerals and additives that can add to the performance of different producers. If we can pinpoint an area that a producer is lacking in or needs help with, we could see a lot of synergies with Alltech and fitting in different solutions.

Eddie:                         We're not there yet, but we have the potential to plug into one of those kinds of systems very nicely. I suppose it comes back to that conversation about retailers and an integrated system. Blockchain has very exciting possibilities for farmers. They can use blockchain to add to the value of their product at the end of the day. We're definitely interested in that arena, and we’re in talks with different partners.

Eddie:                         Yes. We can break it down by markets — by country or by regions within the country. Anecdotally, you could say there is definitely a tendency for the larger farms to have the ability to make savings and become more efficient just purely through scale. But, I think one thing that we’ve seen across the last decade is that good management is key to any profitable business. Those farmers who are clued into their data and are aware of their bottom line are the farmers who are going to grow and be more profitable as a result. So, it’s very much down to the individual farmer. I wouldn’t say there's any formula to a successful agricultural enterprise, but a very clued-in, good manager goes a long way to being a successful business.

Eddie:                         That’s a tough one. I suppose I would always recommend casting a critical eye over your business, not to have to accept criticism or anything like that, but to definitely embrace new technologies. Farmers are the original inventors. They have come up with the best innovations in agriculture themselves. So, I'm sure there are listeners to your podcast who have thoughts on innovations that they just want to get out there. And I would just encourage them to do so because I think agriculture and ag-tech are in a golden age. 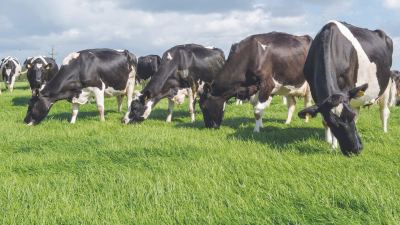 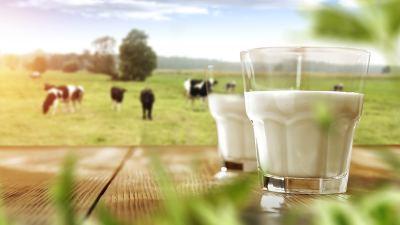