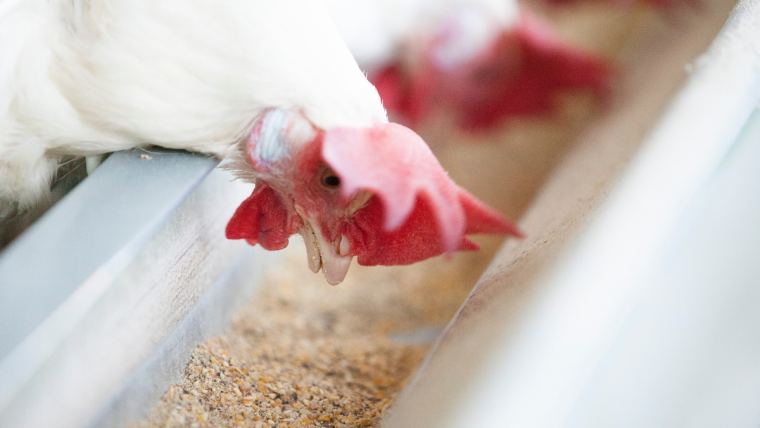 Mycotoxins are metabolites produced by plant moulds during times of stress or following an environmental stimulus. These plant moulds can grow on crops in the field or even on stored feedstuffs and feed materials post-harvest. Often, livestock and poultry feedstuffs can be contaminated with multiple mycotoxins because many moulds grow under similar conditions, producing different mycotoxins. These fungal metabolites can have a wide variety of effects on poultry in terms of health status and performance, which can have a huge knock-on impact on businesses' economic performance.

Subclinical mycotoxicosis is common in poultry production. Traditionally, longer living birds, such as turkeys or layers, were thought to be affected the most. However, recent research has shown that even small levels of toxins can impact broiler production. The gastrointestinal (GI) tract is the route of entry for all feed and water into the bird, and, as such, is the organ most exposed to mycotoxins. All poultry, whether broilers or longer-lived birds, have a physiological requirement to digest and absorb nutrients from their feed through their gut and into their bloodstream for cellular function, be that body maintenance, egg production or muscle development. If this process is impaired, then performance efficiency will also be impacted. Mycotoxins have different modes of action, dependent on the type, when inside the GI tract. Although, generally, they impair the cellular division occurring in rapidly replicating cells. The cells that line the GI tract are subject to stress, through abrasions from feed passage or through the acidic nature of the environment, and as a result, sloughing is common. In order to maintain cellular integrity and provide a barrier for micro-organisms, cellular division occurs rapidly to replace lost cells. As a result, mycotoxins can significantly impact cells of the GI tract.

While the impact of mycotoxins at a cellular level is significant and cannot be overlooked, there are also problems caused at other levels. Intestinal integrity can be affected through damage to villi and tight junctions.  This can then cause leakage of the gut, leading to pathogen translocation and excessive stimulation of the immune system. In contrast to this, some mycotoxins can directly impact the immune system through immunosuppression, increasing the likelihood of birds having secondary infections, such as those caused by E. coli. Through the mechanisms described above, mycotoxin contamination can reduce feed intake and reduce nutrient absorption. Due to the ensuing nutritional deficit, performance will be reduced through increased FCR, reduced weight gain and egg production. As described above, mycotoxins will impact birds differently dependent on the type of toxin present and by the concentration in the feed. Bird age will also play a factor in the severity of symptoms shown, with more mature birds having a better developed GI tract and fully educated immune system. By contrast, younger birds are more at risk of damage due to the plasticity in their gut. Broiler production profitability is dependent on relatively young birds being able to convert as much feed as possible, as efficiently as possible into lean muscle mass. This is dependent on having good gut health, enabling the efficient transfer of feed. Even a small reduction in feed conversion efficiency can swing the balance between profitability and loss, and so ensuring mycotoxins do not affect gut health is critical.

Birds quite often show signs of a problem, even if very subtle. Common signs of mycotoxicosis can be spotted in ‘posted’ birds, through gizzard or mouth lesions, and damaged regions of the intestines. In more severe cases, mycotoxicosis can show physical symptoms on the bird. For example, ergot toxicity reduces blood flow to the extremities causing paler feet and combs to be visible. In some instances, signs could be as small as birds looking subdued or being off their feed. Likewise, seeing diarrhea or abnormal feces could point towards contamination. While sometimes physical signs of a problem may not be apparent, mycotoxin contaminations are often more common than would be thought, and as such, could be the root cause of any performance issues that may arise. There is a multitude of options for testing and controlling mycotoxins in feed, and with technologies such as Alltech 37+® mycotoxin analysis and Alltech® RAPIREAD™ now available, introducing regular testing and control into production systems should be paramount for ensuring profitable production. 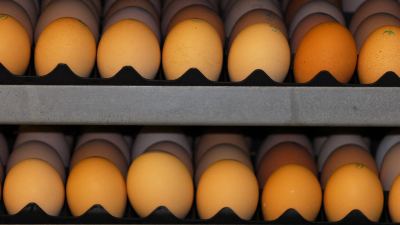 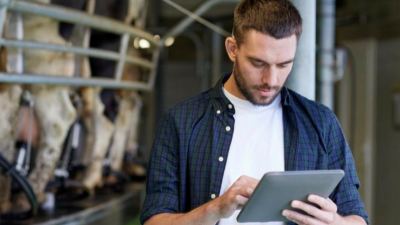 Big data is ready for the farm. But is the farm ready for big data? Agriculture is the least digitized major industry in the United States, according to a recent study by the McKinsey Global Institute.   Farmers sometimes struggle to see the benefits of new technologies. Some have been burned by investments that they feel did... 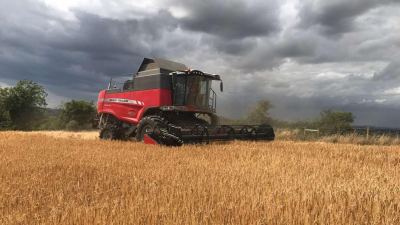 Safety tips for your farm

Farmers have a large amount of work to do in a short time. That sense of urgency can lead to accidents and damage that might otherwise have been prevented. While we want you to accomplish your tasks efficiently, we’d like to ensure you do so safely. Therefore, we’ve compiled some recommended safety guidelines that should be useful reminders...