How to control ammonia levels in poultry houses 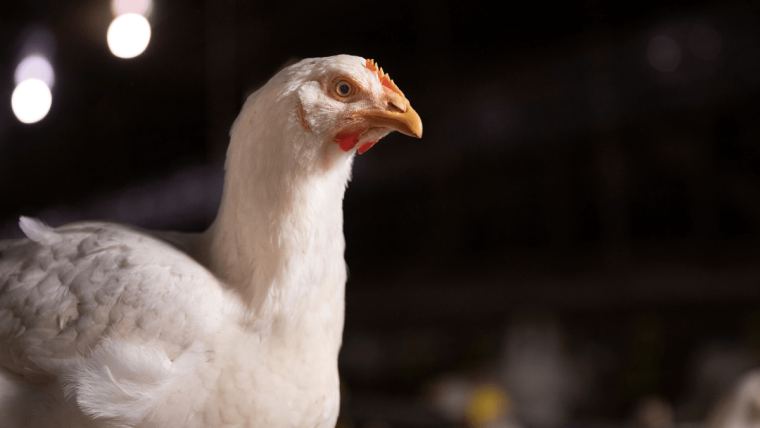 There are several strategies for controlling ammonia in poultry. These strategies can be used individually or in combination and can help encourage good barn air quality and better potential poultry performance.

One of the biggest complaints surrounding the poultry barn — apart from flies — is the smell of the manure. The ammonia concentration in poultry houses not only contributes to the smell but can be harmful for both the birds in the barn and the workers who frequent the barn. Understanding how ammonia gas is formed, the impact it can have on the bird and how to control ammonia levels can be helpful for proper poultry management.

How is ammonia gas formed?

Nitrogen is a component of poultry diets, via either protein or other sources. Some of this nitrogen can be used by the bird and is incorporated into tissues or eggs, but most of it is excreted in the urine or feces in the forms of uric acid (around 80%), ammonia (around 10%) and urea (around 5%). Once the uric acid and urea are excreted, they are converted into ammonia through microbial and enzymatic breakdown via the bacteria and enzymes found in manure. After this process, ammonia is readily released into the air as a gas that can be detected by both birds and farmworkers.

What impact can ammonia have on the bird?

The results of poultry research studying how ammonia levels can impact production are varied. Some groups suggest that 25 ppm should be the maximum, whereas other groups suggest that exposing birds to 20 ppm for long periods of time could lead to issues like a debilitated immune system and respiratory tract damage. Other research suggests that, when poultry can choose between environments featuring different levels of ammonia, they choose environments with ammonia levels under 11 ppm.

Ammonia is toxic to animals. High levels of ammonia may lead to observable changes, such as difficulty breathing, irritation of the trachea (the breathing tube), air sac inflammation, inflammation of the mucus membranes of the eye or a combination of these symptoms. Many other, less obvious changes can take place upon exposure to lower levels of ammonia. Studies have found that exposure to 20–25 ppm throughout production can result in increased susceptibility to secondary challenges (viral or bacterial), decreased feed efficiency and tissue damage. These changes have been noted in broilers exposed to ammonia levels between 20–30 ppm for 16–28 days. Studies of turkeys have found that, among birds dealing with an E. coli challenge, those that were exposed to ammonia levels between 10–40 ppm had more bacteria in their lungs than the birds that were not exposed to ammonia. In layers, it has been suggested that early exposure to ammonia could have a lasting effect and might impact how pullets perform later as laying hens. Additionally, chronic exposure to high ammonia concentrations may impair egg production for layers.

At a microscopic level, researchers have found that exposure to ammonia can trigger changes within the animal. In poultry, high-level exposure to ammonia for 20 days decreased the intestinal surface area (possibly impacting nutrient absorption), decreased the bird’s resistance to oxidative stress, altered the intestinal tract’s ability to break down nutrients and impacted immune organs. Exposure to high concentrations of ammonia for even a short period of time may impact birds just as much as exposure to medium concentrations of ammonia for longer periods.

Harmful effects of ammonia concentrations in poultry and humans

How to reduce ammonia levels in poultry houses

There are several strategies for decreasing ammonia in the barn. These strategies can be used individually or in combination and can help encourage good barn air quality and better poultry performance potential. These strategies include ventilation and management of both the barn and the poultry litter/manure.

Ventilation acts as an in-barn air quality control, removing ammonia from the barn and bringing in clean air. This method does not, however, reduce or inhibit the formation of ammonia. Nevertheless, maintaining appropriate ventilation during all seasons will help reduce the gaseous ammonia levels in the barn and keep the litter dry.

Good barn management can help to diminish the formation of ammonia gas. Proper barn management includes ensuring that the litter or manure is not wet. Several ways to keep litter from getting wet are to fix leaky drinkers and sprinkler systems; choose the appropriate litter; maintain a suitable barn relative humidity for the age of the bird; reduce the potential for condensation; and properly heat and ventilate the barn.

Strategies for managing the litter and manure can be separated into two main management actions:

Another method to help prevent ammonia emissions from nitrogen within the feces is to use components such as the extract of Yucca schigidera, which plays a role in binding ammonia. De-Odorase® is derived from Yucca schigidera and has been shown to reduce blood urea and blood ammonium ions, reduce excessive nitrogen breakdown in the ceca and bind ammonia so it stays in the manure instead of being released as gas. When it is used in the feed from the time the birds are placed to the time the birds leave the barn, it can control the release of ammonia into the air.

Poultry farm ammonia emissions from manure and ammonia gas in the barn are complex topics in the poultry industry, but with a combination of good ventilation, good barn management and a strategy to reduce ammonia gas formation, this issue can be successfully overcome at any time of the year.

This blog is a summary of an article published in Canadian Poultry.