[LEXINGTON, Ky.] – In May 2012, Alltech issued a challenge – create jobs in the Commonwealth, a state that ranks number one in its basketball prowess yet is the fifteenth worst for finding a job. On Saturday, three universities - University of Pikeville, University of Louisville and University of Kentucky – rose to that challenge at the Alltech Innovation Competition, proposing a diverse array of economic development solutions, ranging from switchgrass for fuel to aquaponics and modular housing.

The three student teams were asked to focus on the nine Eastern Kentucky counties of Bell, Floyd, Harlan, Johnson, Knott, Letcher, Magoffin, Martin and Pike. While Kentucky hovers just above the national unemployment rate of 7.9 percent at 8.1 percent in December 2012, some Eastern Kentucky counties have seen unemployment rates above 13 percent, nearly double that of the national base.

A panel of independent entrepreneurs and private investors selected the University of Kentucky as the $10,000 winner of the Alltech Innovation Competition. The UK team’s four MBA candidates – Lee Gage Goatley, Jarrod Willis, Jordan Denny and Jordan Laycock – proposed a plan for reclaiming mountaintop sites by growing switchgrass for fuel production. When the switchgrass is processed with a white rot fungus, butanol is produced as a by-product. While ethanol is the most popular fuel additive globally, it is corrosive, unable to be transported through pipelines, and it diverts corn from its use as an important food source. Butanol, on the other hand, is less corrosive, can be transported through pipelines and has a much higher concentration of BTUs.

With exclusive rights to technology developed by two University of Kentucky professors, the UK team’s TerraCast Technologies would target 104,925 acres of reclaimed mountaintop land in the nine Eastern Kentucky counties. Organic, sustainable, perennial and drought-tolerant, the switchgrass would provide additional income for Eastern Kentucky farmers, who would be contracted to seed and harvest.

The switchgrass would be processed with water, white rot fungi and soil microbes in an on-site fermentation bunker to produce acetate, butanol and ethanol. Acetate has marketability as a universal solvent used in cleaning supplies. The butanol, however, would be sold to specialty and petroleum companies for fuel production, a significant need given Kentucky’s 20 percent biofuel initiative and federal renewable fuel standards of 36 billion gallons by 2022.

“Ten thousand dollars, the top prize in today’s competition, is the exact amount with which we started Alltech, now almost a $1 billion company,” said Dr. Pearse Lyons, president and founder of Alltech. “So I am eager to see what can be accomplished through the hard work and innovation of not only our winners from the University of Kentucky but all three teams. Kentucky, indeed the world, is ready for their ideas.”

The University of Louisville took home a second place prize of $6,000 for their EcoVision Development plan to construct multi-family, modular housing. The plan repurposes the master tradesmen from Kentucky’s now fledgling houseboat industry to construct the homes, which would be used to meet a significant need for affordable, energy-efficient housing in Eastern Kentucky. Inspired by prototypes from the University of Kentucky College of Design and Kentucky Highlands Investments, the homes would cost under $100,000 and require less than $1 per day of energy. The energy savings would increase the occupants’ disposable income funds by 5-9 percent.

The $4,000 third place award went to the University of Pikeville for their Appalachian Artisan Foods plan to utilize aquaponics for the local production of fresh, organic foods. The team devised a three-tier design to maximize use of greenhouse space for aquaponics. Shade vegetables including alfalfa would be grown on the first layer, beneath a second tier of ginseng and, ultimately, a top layer of hops and vines. Tilapia would also be raised within the greenhouse. The fresh produce and tilapia would be sold to wholesale food corporations in Kentucky, regional groceries and local restaurants. The ginseng, valued at $800 - $1500 per pound, would be sold internationally.

“The Innovation Competition was created because it is past time to balance the scales and cultivate a Kentucky that leads the nation not only in college sports but also employment,” said Dr. Pearse Lyons, president and founder of Alltech. “Did the Innovation Competition live up to our expectations? Absolutely not. It dramatically exceeded our expectations, and I firmly believe this is only the beginning of something very special in our state.” 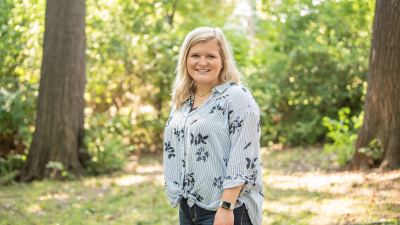 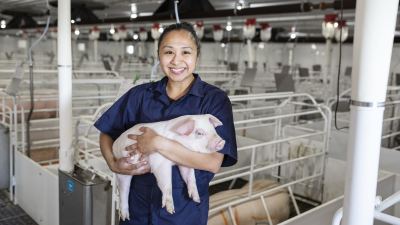 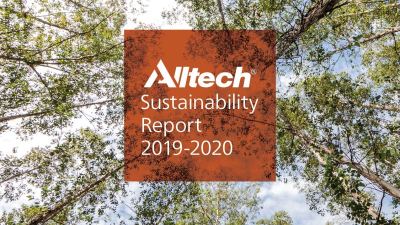