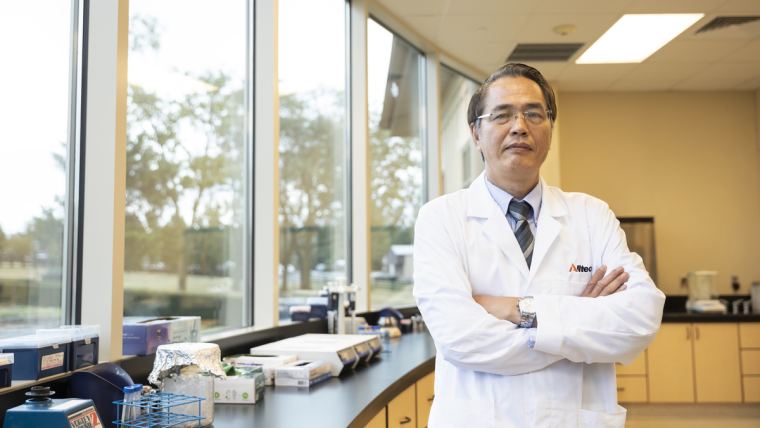 In a breakthrough that may offer hope to the millions of people affected by diabetes, Dr. Zi-Jian Lan and his research team with Alltech Life Sciences have developed a possible alternative to current insulin treatments.

There are an estimated 450 million people living with diabetes worldwide according to the International Diabetes Federation (IDF), with a staggering 53% increase expected by 2045. In a breakthrough that may offer hope to those affected by the chronic disease, researchers with Alltech Life Sciences have developed a possible alternative to current insulin treatments. The compound, called NPC43, is effective when administered either orally or by injection.

The results from 12 years of scientific research were recently published in the peer-reviewed journal Cellular and Molecular Life Sciences. The paper details the development of the novel treatment for both Type 1 and Type 2 diabetes. NPC43 works by reactivating dormant insulin receptors, thereby allowing blood glucose to enter cells. Furthermore, it inhibits glucose production from diabetic liver — a condition associated with insulin resistance that worsens the problem of having excess glucose in the bloodstream.

“Imagine insulin to be a key and an insulin receptor to be a lock that allows glucose to enter cells,” explained Dr. Ronan Power, chief scientific officer at Alltech. “Type 1 diabetics can’t produce keys and, although Type 2 diabetics can, they possess broken locks. The result of either type is that the glucose door remains shut. What we have discovered is a way to open the lock without a key, even if the lock is broken.”

In addition to enduring the pain and anxiety of injections, those living with diabetes are often faced with limited access to affordable treatment. Insulin prices have more than tripled in the last 10 years, becoming unattainable for most underinsured patients.

“The compound has the potential to be revolutionary,” said Dr. Zi-Jian Lan, senior research scientist with Alltech Life Sciences. “Since it works when administered orally, this could mean the elimination of injections, pens and pumps, and provide an affordable alternative to insulin.”

The implications for NPC43 could extend beyond diabetes to any syndrome or disease associated with insulin resistance. That may include polycystic ovary syndrome (PCOS), cardiovascular disease, obesity and non-alcoholic fatty liver disease.

The research was conducted in cultured human cells and in animal models of severe Type 2 diabetes. The next milestone in the development of NPC43 will be clinical trials.

Caption: In a breakthrough that may offer hope to the millions of people affected by diabetes, Dr. Zi-Jian Lan and his research team with Alltech Life Sciences have developed a possible alternative to current insulin treatments.