Innovative startup eggXYt aims to revolutionize hatcheries by using CRISPR technology to identify male layer eggs before they are incubated. What could this mean for the poultry industry?

The following is an edited transcript of Tom Martin's interview with Yehuda Elram, CEO and co-founder of eggXYt. Click below to hear the full interview:

Tom:            I'm talking with Yehuda Elram, co-founder and CEO of eggXYt, a Jerusalem-based startup among the 2018 Pearse Lyons Accelerator finalists. The company has developed a novel CRISPR-based technology for the chicken industry, and Yehuda's here to share the details. Thank you for joining us. What is the problem that you hope to solve?

Yehuda:        Each year, the egg industry has to kill 7 billion male chicks. Doing so wastes billions of dollars and, of course, unnecessarily hatches and disposes those male chicks. And why? Because there are two kinds of chickens in the world: broilers who go to the meat industry, and the layers for the egg industry. The female layers are those who lay the 1.2 trillion eggs we eat. The male layers don't have meat on their body and they don't lay eggs, obviously. So, like us male homo sapiens, they're useless.

Tom:            Well, tell us about the technology that you developed to address this problem.

Yehuda:        The industry today sends 14 billion fertile layer eggs to hatcheries to be incubated for three weeks, and then they meet — as they hatch — human chicken sexers (there is such a profession), and those chicken sexers check if the chickens are male or female. They send the female to market and the males to their immediate death. So, what if you could do that process of detecting the sex at the input side of the hatchery and prevent those potential male chicks from being incubated and hatched? That's what eggXYt does. We make it possible to count your chickens before they hatch.

Yehuda:        Exactly, yes. By using CRISPR — a game-changing revolutionary technology — we edit chickens to lay sex-detectable eggs. The male eggs will carry in their DNA a biomarker. Our device, which we developed and branded as seXYt, can look into the eggs and pick up that signal at the entry point of the hatchery, preventing those male eggs from being hatched to become chicks.

Yehuda:        Yes. But before we develop the technology that enables looking into the egg, we had to develop the technology that creates this DNA marker that then we can see. We make the sex chromosomes, which are the differentiator between male and female, detectable. We can see them, so to speak. That is possible by using CRISPR to edit the chickens to carry that marker in their DNA.

The beauty of this is that only the males carry the biomarker. The desirable product — the female that reaches the market — doesn't have any gene addition. It's 100 percent identical to a regular egg as we know today.

Yehuda:        Again, this is very scientific, but CRISPR is a new tool introduced to the world a few years ago, which enables a very precise intervention into the DNA — into the gene set of any organism — be it a plant, an animal or human.

With that technology, once you have the map of the genome, you can influence by either removing a gene that you don't want to express or adding in a gene that you do want expressed. By doing so, you can create new possibilities, eliminate diseases or create other efficiencies like we are doing.

Yehuda:        One day, while I was sitting at my desk at the law firm at which I’m a partner, one of my favorite clients, professor Danny Offen, phones me and tells me, "I know you don't believe all my stories, but this is another one. I'm having breakfast and we're eating eggs, and my friend shows me this video showing the maceration of male chicks. I was amazed to find out that eggs are laid with 100,000 embryonic cells, more or less. So, the DNA signal is there; the information — male or female — is there as the egg is laid. Yet, as I found out watching that video, nobody knows how to look inside these eggs."

“Being the brain scientist,” — Danny is the head of the neuroscience lab at the medical school at Tel Aviv University — “it didn't leave my mind, this issue, which I came across by chance and inspired by the usage of CRISPR and brain research, which I'm busy with,” he tells me. “I thought, ‘I can solve it in the egg world as well.’”

He approached me to do some IP research to see what's going on. I was then fascinated to find out that this is a problem that the world has been dealing with for decades, and so many attempts to solve it have been tried, but there's no solution at market until this day. The way that it's done is that the male chicks are actually hatched and only then disposed after going through this sex detection.

Tom:            Interesting. Okay. Could you briefly describe for us your business model?

Yehuda:        We are creating value in many areas of the egg and chicken industry. I'll go through them quickly. In the egg industry, we double the capacity of hatcheries. Instead of hatching two eggs, now you need to hatch only one egg, because the male eggs will stay outside. You eliminate the need of those chicken sexers, because the sexing is actually done at the entry point of the hatchery by automation, not by human labor.

Then you have those male eggs that you created: instead of becoming waste, after three weeks, they become a product. They can be sold to markets such as the pharma and cosmetic industries that use egg protein for their manufacturing processes.

In the poultry world, the ability to introduce an elegant and cheap way to do sex determination is also important because the industry, more and more, is raising the males and females separately because of efficiency of feed. The FCR — the feed conversion rate — of males and females is different. You want to raise them separately to save on feed cost. This also has a huge environmental impact because, now, you can save all that feed.

Lastly, you can sell at supermarkets these ethical welfare eggs — the culling-free eggs — at a much higher price. It’s the same concept as today, when you can find premium eggs that are organic-fed or cage-free. This is obviously a higher level of premium eggs that we can introduce to markets.

Tom:            Your informational materials state that you are tackling a truly global problem, creating both economic value and social impact for societies in every nation on earth. Talk to me about the social impact part of that.

Yehuda:        There's this whole new concept that is relatively new and attributed to millennials, that they care — of course, it's not just them — about what happens to the food from farm to fork. People are more conscious of what happens to what they eat, even if they're not vegetarian or vegan. If they eat an animal product, they want to know where it came from, how it was treated and what the ingredients are. The impact of enabling people to eat eggs without carrying this price of needing to kill those 7 billion male chicks makes a huge impact.

Of course, the fact that we do not need to hatch these eggs minimizes the carbon footprint of this industry, because you don't need to waste all the resources of electricity, et cetera, that it takes to incubate and then sex those eggs. As I just said, in the poultry industry, the fact that you can minimize feed cost has a huge global impact as well.

Yehuda:        Up till recently, we were “boot-strapping,” and we received grants from European governments, and we also won some accelerator prizes. We're just now finalizing our first round and accelerating our progress to go to market.

Yehuda:        It’s a global issue and the whole world is our target. The main driver of where we go to market first will be the regulation. CRISPR is new. Usually, regulation follows technology. That's how it should be, because technology comes first. So we are talking to regulators across the world and figuring out the pathway to market given this new technology.

Just recently in the U.S., at the end of March, the United States Department of Agriculture announced that in plants, CRISPR is seen as accelerated natural selection and, therefore, if it meets certain criteria, will not be regulated. We believe that animals are next, and we want to be there.

Yehuda:        CRISPR is now creating a revolution in all fields of science: Human, plants and animals. We’re building eggXYt as a platform for CRISPR innovation in livestock.

The next venture in our pipeline is in the avian world: The elimination of diseases, which is a huge pain point to the industry. But then, we will also look at other livestock — cows, pigs — and see what we can do there.

Tom:            Tell us how The Pearse Lyons Accelerator program has affected your business.

Yehuda:        The Accelerator was a great experience. Unfortunately, it's ending soon, but it's really been great — mainly because of the ability to work with, as a startup, a well-established global company such as Alltech, which has presence in 128 countries. The doors it can open for us within the company and within the network that Alltech has is a stage that would take years to reach. The people at Dogpatch Labs, who run the Accelerator together with Alltech, have been very helpful by introducing us to partners and to mentors that really helped us improve what we're doing and to accelerate many processes. 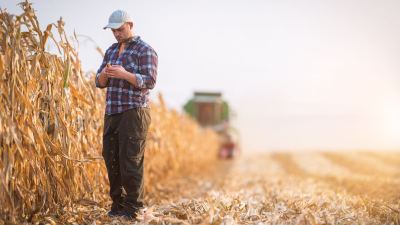 [DUNBOYNE, Ireland] – Similar to 2021, widespread drought throughout Europe during the 2022 growing season has directly impacted the presence of moulds and mycotoxins in new crop grains and forages. Mycotoxins are produced by certain species of moulds and are a concern for livestock producers as they can influence feed quality and subsequent... 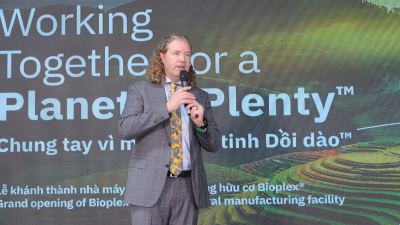