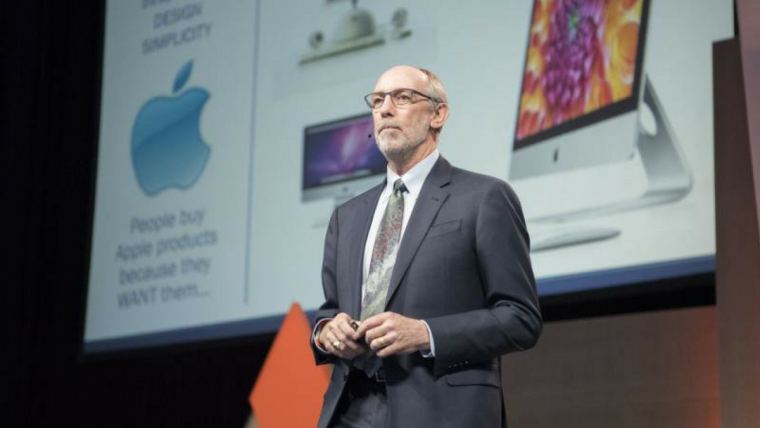 The SoundCloud content at https://soundcloud.com/alltech-1/george-blankenship-defining-disruption-in-business is not available, or it is set to private.

To listen to our entire conversation with George, click on the player.

Tom:                            Tesla Motors, Apple, GAP: George Blankenship’s executive resume fairly screams disruption. At Tesla, redefining the car buying experience. At Apple, designing brand-building retail methodology. And at GAP, managing the growth of more than 250 stores per year, with an eye on energy and environmental efficiencies. Thank you for joining us, George.

Tom:                            I’m sure it’s not news to you and you’re following this, but retailers are filing for bankruptcy at a record rate these days. They’re trying to cope with a rapid acceleration of online shopping. During the first quarter of this year, at least 14 retail chains filed for bankruptcy, almost surpassing all of 2016. Retailers are closing stores faster than ever. A deep recession might explain this, but GDP has been growing for eight straight years. Gas prices are low. Unemployment is under 5 percent. In the last 18 months, we have seen wage growth, especially for middle- and lower-income Americans. What’s going on?

George:                       I think it’s a couple of factors. One is obviously online retailing is impacting brick and mortar. But I think as important or more important than that is that a lot of companies over-expanded, and there was a lot of supply of places for them to go. A lot of shopping centers that maybe shouldn’t have been built in the first place. There’s one there, and then another one comes and builds across the street. And so now, you have two in a place where really one would thrive. So, one ends up winning, the other one ends up losing.

And a lot of the retailers you’re talking about, one of two things happened: either they over-expanded and they shouldn’t have, or they didn’t react enough to downsize when they should have, or they lost connection with a customer.

And I think what’s important is, while the bankruptcy is going on, most of those companies are not going to go out of business. They’re going to right-size and come back.

But, at the same time, there’s some major companies out there who are going into brick and mortar. You’ve got Warby Parker, who was online and going into brick and mortar. Amazon Books just opened up their sixth brick-and-mortar retail store. They’ve opened up Amazon Go in Seattle. So, while one’s moving out, there are also ones that are moving in.

Why did Apple open up stores in shopping centers when no one was doing that, whether it was to interact directly with the customer when they were not thinking about buying a computer? We wanted to be there, take care of them, and then open the Genius Bar. So, no matter what Apple products you have, no matter where you bought it, no matter when you bought it, if you need help, we’re there for you and you can come to the Genius Bar and get taken care of.

Tesla opened up in shopping centers so that we could interact with people when they were not thinking about buying a car, and it’s just a totally different relationship. And that’s the reason you do it. It’s so you can interact directly with your customer and so they can understand you better and you can understand them better.

It’s really very, very simple. It’s when you look at something. It could be an industry, or an activity, or a process that’s been done the same way for a long period of time. It could be done the same way for 20, 30, 40, 100 years and generally people think it’s okay. But the reason it’s important is because the end user, the customer, usually develops a new set of benefits, a new set of things that are better for them as a result of the disruption.

I mean, think about the Apple iPhone. Think about all the things people rely on their iPhone for today, whereas if you went back before the iPhone, phones worked. They were phones, but they weren’t an active part of your daily life. Now a smartphone is a part of most people’s daily life.

You think about things that have been done the same way for a long, long, long time and somebody comes in and just finds a better way for the customer to interact with something or to do something. And it’s just different benefits that are generally better.

I think back, 20 years ago, Amazon went IPO 20 years ago. And now, look at the impact Amazon has had on the way we do things. At first, it was Amazon and then it was Amazon Prime. So, you get delivery in two days. Now, it’s Prime Now, where you can get thousands of things available for delivery in an hour.

Yes, the technology enables things, but some of it is the people enabling things.

Look at Uber. Think about Uber. All right? Technology, a smartphone, allows you to have a sharing type of way of sharing your car. So, think about the experience. You push a button and a car shows up on a map. You can see where it is. It shows up at your house or your business. You get in the car and you go. You never pull out a credit card. It’s just a better overall experience.

Tech enables a lot of things, but sometimes it’s just the process, like how you buy a car. It’s done differently now at Tesla without any change in technology other than you can order something on the web: a car. But other than that, it’s the shopping for the car that actually changed, that’s disruptive. But again, we thought it was a better way for a customer to buy a car.

George:                       Well, sure. Look at what Tesla’s doing. Let’s use them as an example, alright? At a Tesla store today, you can walk in and you can buy a car or you can buy what’s called a power wall, which is a battery pack that you hang on your garage and you charge it up and then it runs your house from the batteries. And then with their acquisition of Solar City last year, I mean, today, you can walk into a Tesla store and you can buy an entire program. It will take you from solar, the battery, battery to run your house and charge your car. So, it’s disrupting the way you buy a car, but it’s also disrupting the way you can actually get off the grid and from there charge your car. So, you can live totally off the grid with one visit to a Tesla store.

George:                       Well, when you live in Silicon Valley, there is investment capital that’s out every single day searching for what they believe could be the next disruptive technology or disruptive process to invest in. There’s a big difference in how it’s looked at today versus in the past. In the past, they were saying “Okay, show me how soon you’re gonna make a profit, and how much profit, and how soon?” All those kinds of numbers, whereas today, it’s looking like, “How much money do you need to become the leader in this?” You’re probably not going to make money for seven, or eight, or nine, or 10 years or whatever. But if you can become the leader in what you’re doing, that’s more important to us investing in you than it is saying, “Oh, in 29 months, I’ve got to break even.”

So, it’s a little bit different here. Now, I realize that I’m sort of in a unique pocket here in the Silicon Valley. I’m sure it’s probably more difficult to raise investment capital in other places. But here, you’ve got people looking to invest and you’ve got people looking for the investment. And is it available? Yes, it is if you have a great idea.

George:                       Well, a lot of investment capital, they want to be in so early that there really is no time for testing. You’re investing in an idea because that’s where you get in the earliest and where you get in with the most opportunity for the lowest price. You know, obviously, if you’re early in …you’re the one who has the most opportunity to make the biggest gain. They would rather take multiple shots at something like that, knowing that two or three or four of them might not make it out of 10, but the ones that make it could be substantial. I mean, think about if you were one of the early investors in Google or some of the online — I mean, I saw the other day where 20 years ago — I think it was May 16 — Amazon’s IPO. And if you had invested $10,000 in Amazon 20 years ago, it would be worth $4.8 million today. So, how tested was Amazon before it went in and how long did it take to make a profit? And look at all the incredible things they’re doing today.

You want to be in early. So, oftentimes, there isn’t a lot of time to test it before you actually invest.

George:                       I think seasoned venture capitalists and those investing money are able to step back and look at things and say, “You know what, I think this has a niche. I think it has a place. And I think the place could be very big in the future. And if we get in on this now, and this becomes the leader, this could be really big.” And they step back and they sort of — you know, there may be five people in the room and they’ll look around at each other and go, “What do you think?” And if three or four of the heads nod yes, well, “Here. Here’s $30 million dollars.” It didn’t use to be like that, you know? It didn’t. No one ever did that kind of thing. But in today’s world, that’s what happens with a great idea that seems to have legs that people can look at and say, “If you can own this, it will be huge.” And that’s what people want. They want to own something and be huge.

George:                       Well, let’s go back 10 years ago. iPhone 1 was launched in June of 2007. And I believe the iPhone disrupted the cellular phone industry, actually the whole phone industry. And ask yourself: If on the day that Steve Jobs stood up and said we’re going to do a phone, chances are if you had a phone in your pocket, a mobile phone, it was a Nokia, a Motorola, a Palm or a Blackberry. Well, how many people have those in their pockets today? So, you can either be the disruptor or be disrupted. I think those four phone companies would probably wish they were the disruptor, not the ones who were disrupted. I think you always want to be on the front end of that.

George:                       Well, I’m helping Amazon open up their brick and mortar stores, just as a consultant, just sort of helping them get into that world. Other than that, what I’m doing now is I’m being disrupted as a grandfather. I’ve got four grandkids, and I love spending time with my wife, and my kids, and my grandkids. And I think, you know, the nice thing about grandkids is they make you young again. So, I guess I’m being disrupted by them as much as I’m disrupting the world.

George:                       Once you have grandchildren, they make you young again. They have a perspective on life that just makes you smile every time you see them, and they’re always glad to see you too. So, it’s a wonderful, wonderful situation.

George Blankenship presented at ONE: The Alltech Ideas Conference (ONE17). To hear talks from the conference, sign up for the Alltech Idea Lab. For free access, click on the button below.