The recirculating aquaculture system: A more sustainable future for aquaculture

The tilapia fish shown here were raised in a recirculating aquaculture system (RAS). Many producers in the aquaculture industry are adopting this technology as a means to raise fish onshore in a sustainable, cost-effective environment.

The following is an edited transcript of Tom Martin’s interview with Gijs Rutjes, technical sales support manager at Coppens International, an Alltech company.

Gijs:                     One of the main reasons is that this offers the opportunity to farm, for example, tropical species in cold conditions. One big example is the African catfish in Holland. This is a fish that requires about 26 degrees Celsius (78 degrees Fahrenheit). In Holland, it could never survive. Still, it's a well-valued fish in Holland. So, we have to use RAS with heated water and purification systems to farm this fish.

It also offers you the possibility to choose a great water supply in an area where you know the borehole water to be really good.

Another thing is that you control the conditions for the fish. You can look after optimal conditions all the time. In the case of any     diseases, you have much more control.

Finally, you can prevent escapees. In cage farming, sometimes fish unfortunately do escape and can mingle with wild stocks, but  this is near impossible in a RAS farm.

Tom:                   How is this technology being received by the industry? What position does RAS farming hold in the world of modern agriculture?

Gijs:                     I think its importance is increasing. It was a rather local affair in some countries. Holland was one of the first. Denmark also had a leading position. It spread first among the expensive species, but it has become more of a mainstay across the industry because of all the advantages that it has. It has modernized aquaculture, and I'm sure it will continue to modernize because we can still improve certain purification methods and reduce the amount of water needed to produce a kilo of fish.

Tom:                   What are the key challenges for farmers who produce fish in these recirculating aquaculture systems?

Gijs:                     One of the most important things is that you keep constant optimal conditions. For example, as you feed your fish, you will always have a certain fluctuation in the feed level. As you harvest the large fish, you also put in new young fish. Therefore, the feed rates tend to fluctuate. But the biology in the filter, the response to this can be a reason for fluctuating water quality. So, it's very important for the farmer to keep his conditions optimal and constant all the time because then the fish has no reason to feel uncomfortable and it will always eat well and grow well.

Gijs:                     That’s a very good question. I think if you would ask me for one thing, it would be consistency. I think one thing people look for is that it gives a high feed intake and consequently a good growth.

Assume that you can have a really good FCR. So, feed intake is one of the first things that people will mention in line with growth. The second would be a low waste load, or low in organic matter — feces, you could say — and also low ammonium production. By changing or regulating the DPDE — that’s the ratio between digestible energy over digestible protein — you can reduce the amount of ammonium produced. Therefore, you can feed more.

Gijs:                     I think it starts with choosing high-quality ingredients that have a high digestibility and also that have a low level of antinutrients because you don't have to fix anything that you haven't damaged. Antinutrients are not good for gut health. So, that’s what we reduce in our RAS feeds.

Tom:                   You may have touched on this earlier in the conversation, but in recent years, there's been an issue with the occurrence of off-flavoring microorganisms in RAS systems. Has this been addressed and overcome?

Gijs:                     Yes and no. I think it's good to first outline that farms can have off-flavor because the two types of microorganisms that produce this off-flavor, geosmin and isoborneol, can live anywhere. They can live in filters — that’s where they like to live. RAS farms usually have them, but you have them in pond farms as well. So, a lot of RAS farms these days use moving bed bioreactors. That’s a place where these microorganisms do not like to live because they need a sort of fixed structure to attach themselves to. If you do have a moving bed bioreactor, by nature, they cannot attach. So, these systems normally have a very low amount of these microorganisms and often have no off-flavor at all.

I think it’s important to purge the fish from a pond farm, as well as from a RAS farm, and taste your fish. Just make sure that there's not even a hint of an off-flavor because that is not a nice taste, and it would really spoil the quality of your fish.

Gijs:                     Yes, always. Even if you don't have it in your farm. We have several customers that, mainly due to the moving bed bioreactors, do not have off-flavor issues, but they will still purge, even if it's for a few days, and test the fish before they sell to the market. Then the quality is always spot on. It takes only one farmer to spoil the market for all.

Gijs:                     I think RAS farming will increase and continue to improve the whole aquaculture industry. There's a very big movement toward keeping smolts onshore. It offers much more control and no issues with sea lice. So, this industry has seen that this is a big benefit to them. I think there will be more types of aquaculture that will use the RAS system.

RAS farming by nature is also very sustainable. You can reach a lower carbon footprint. You can use less water. You have less pollution. I think that the number of liters we require to produce a kilo of fish will reduce in the coming years.

Tom:                   Gijs Rutjes is technical sales support manager at Coppens International in Helmond, the Netherlands. Thank you for joining us. 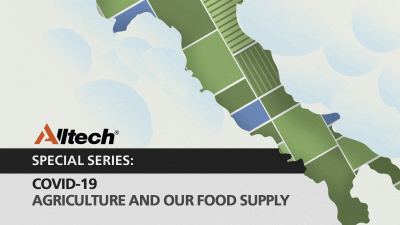 Andrea Capitani - Adversity in Italy: Food production amid the crisis

As COVID-19 continues to impact communities around the world, the strength of the global food supply chain must be maintained. We spoke with Andrea Capitani, business manager for Alltech Italy, who shares how those working on the frontlines are overcoming adversity to provide food for families. What can we learn from one of the hardest-hit regions...

How to improve efficiency on your fish farm

Getting the right start on-farm is key to optimal fish performance throughout their lifecycle. Each species of fish or shrimp requires a nutritionally balanced aquaculture feed that is tailored for each specific stage in their development. Providing nutritional solutions for the particular needs of larvae — their most critical life stage —... 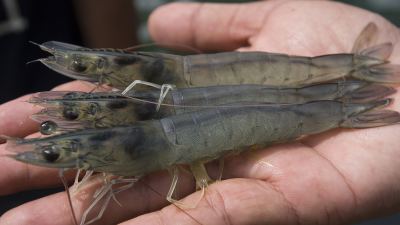