Dr. Alexandra Weaver is using data to track mycotoxin risk and assess the physical and financial impact of mycotoxins on animals.

As a member of the Alltech Mycotoxin Management team, Dr. Alexandra Weaver uses data to help producers make quicker decisions about their feed and limit the negative impact of mycotoxins on their animals. She joined the Ag Future podcast to discuss the effects of extreme weather on mycotoxin management and shares how technology can help mitigate the risks.

The following is an edited transcript of the Ag Future podcast episode with Dr. Alexandra Weaver hosted by Tom Martin. Click below to hear the full audio or listen to the episode on Apple Podcasts or Spotify

Tom:                      I'm Tom Martin, and joining me is Alexandra Weaver, a member of the Alltech Mycotoxin Management team. The group has been providing technical support globally since Dr. Weaver joined Alltech in 2013. She's been working on the topic of mycotoxins for more than a decade; research for her master's and Ph.D. in animal science and nutrition from North Carolina State University focused on mycotoxins. She joins us to bring us up to date on the mycotoxin issue in agriculture. Welcome, Dr. Weaver.

Tom:                      And so, tell us about your work in developing computer programs to track mycotoxin risk, as well as (to) measure the physical and financial impact of mycotoxins on animals.

Dr. Weaver:             Yes, of course. So, if we think about mycotoxins, which are metabolites that are produced by fungi naturally out in the field, we need to know their contamination level, and we need to understand how that relates to animal performance so that we can have a better method for managing those toxins.

So, actually, to better understand the mycotoxin challenge, Alltech began collecting data on samples that were being submitted for mycotoxin analysis back in 2012. We started (doing that), and shortly after that, we started developing simple, Excel-based programs to look at the data — but, really, Excel is kind of a technology of the past now. And it really didn't tell us enough information.

So, over time, I've actually worked on advancing our programs to include better interpretation and visualization of the data. And now, we currently use Microsoft Power BI-based programs. And Power BI is basically just a high-tech system that allows us to increase the functionality of our data and allows the user to actually see mycotoxin contamination profiles from around the globe in real time. So, they have really fast access to data and information about mycotoxins.

Now, you also mentioned (something) about the connection between, kind of, the data and the risk to, actually, the animal performance. And I've also developed programs that allow us to actually link (and) publish scientific literature to the potential impact on the animal. And then, through that, we can actually try to assess and understand the financial impact of that performance change on the animal.

Dr. Weaver:             Yep. Whenever there's new information on the scientific literature side, we can look at that, and we go through and add that new information into our programs so that we can have the best prediction models that are out there.

Tom:                      Okay. Are these extreme weather patterns that we're experiencing — the severe flooding (and) severe drought — are they impacting, one way or another, the fungi that are the source of mycotoxins?

Dr. Weaver:             Yes, definitely. So, weather events are certainly impacting that fungi. And actually, weather is probably one of the biggest factors in promoting fungal occurrence and the type of mycotoxin produced, as well as the concentration of the mycotoxins.

So, anything like drought, excess rainfall, high temperatures, tornadoes, hail, wind damage — really, all of these can alter the complex balance between the plant and the fungi. So, if that plant is stressed, that could increase the fungal colonization and the mycotoxin level (in the plant). If the plant is damaged, that allows (for the) entry of that fungus into the plant and, again, increases growth, increases mycotoxins. But even if the fungi itself gets stressed, this also increases the mycotoxin production.

So, weather really does play, again, one of the biggest roles in that occurrence and the growth of the fungi and the production of mycotoxins. And it is really something to keep an eye on.

Dr. Weaver:             Yeah. I think, really, the biggest trend is just the variable weather patterns on the extreme weather events. Really, over the past several years, we have seen quite some varying weather. A couple years ago, some areas in the upper Midwest had actually record rainfall. And with that, we saw some very high levels and very high occurrences of some mycotoxins, like deoxynivalenol.

Now, of course, this year, you’re going to see quite a range of weather, from the drought conditions over to, maybe, some very high-rainfall areas (and) maybe some that have experienced both — so, they had drought conditions, but then rainfall came. And that could still cause problems to the plant as well, depending on when that rainfall came. If it was around tasseling that actually could promote mycotoxins, regardless of if you had normal (conditions) or drought conditions previously.

So, really, these extreme weather events — that is, (these) variable weather patterns — really are the trends we're seeing. And it really is going to affect what a producer sees, and they're going to have to be very aware of the weather they experience on their crops. And certainly, I would recommend testing for mycotoxins so you can be aware of the contamination level.

Dr. Weaver:             Yes. So, I think — there’s certainly a lot of new technologies, but I think a lot of them have actually centered around data generation, data collection and data management. So, that could be things like tools that allow that user to detect mycotoxins on their sample just very rapidly, within minutes. You can send your samples to labs and get results for dozens of mycotoxins at a time in that sample. And then, of course, (there are) programs — such as those I've worked on — that allow the user to actually log in to see their data in real time and look at data either on a local scale or a global scale.

So, really, I think these new technologies are centered around data — and rapid access to that data and interpretation of that data — so that the producer can make a quicker decision about their feeds and limit those negative impacts of mycotoxins on the animal.

Dr. Weaver:             Yes, exactly. So, the Alltech mycotoxin management portal is our home for a variety of tools that allow the user to manage and interpret their mycotoxin data. So, if they’ve submitted a sample for analysis by either (the) Alltech 37+ laboratory or our field-based testing, which is Alltech RAPIREAD, those samples can get loaded onto this Alltech portal. And they can then get information on not just those numerical results (from the) testing but, actually, a more detailed interpretation through what we call an assessment report. And this actually provides information on how mycotoxin levels can relate to an animal performance or health change.

So, if that user logs in, they look at their assessment report, they get an idea now of, actually, “Is that sample at a lower, moderate or higher risk to animal performance?” And again, that can help them make a better decision on how to use the material.

Tom:                      Is the web address for the portal short enough to talk about verbally here, or is it something that we should post online for our listeners to find and access?

Dr. Weaver:             Yes, that is a great question. So, data actually is, of course, very important for understanding and tracking your mycotoxin risk, as I’ve described. But we actually can start to use data to understand how mycotoxins, for example, impact even the sustainability of (the) production setting. So, we've actually started looking at scientific literature, and we've been able to complete several meta-analysis studies that actually show that mycotoxins can not only alter the gain and efficiency of an animal but (can) actually alter even the CO2 output and the overall sustainability of a farm.

So, I think this is really interesting information that shows that mycotoxins are playing, actually, a very big role on the farm — and, again, not just on the performance of your animals but, actually, (on) many different areas of that farm.

Dr. Weaver:             Yes, certainly. So, that fits right into the sustainability aspect. So, we think producers, consumers — really, the food chain as a whole — are demanding information on sustainability. And we want to know how mycotoxins are impacting that farm's sustainability and how we can bring solutions to that system to actually play a role in improving sustainability on farms. So, using this information, using the scientific literature that we have, we’re able to see how we can go about dealing with this challenge and provide those — the details that producers and consumers are going to want, and provide solutions to that challenge.

Tom:                      Join Alltech and a panel of expert speakers virtually during the U.N. Food Systems Pre-Summit Alltech session, (which) will be held on July 27 at 1:30 p.m. Eastern time and will feature a robust conversation on future protein security, focusing on maximizing the efficiency of production resources without unintended social, cultural and environmental consequences. Click here to register: https://bit.ly/36Mp9XZ

This has been AgFuture, presented by Alltech. Thank you for joining us. Be sure to subscribe to AgFuture wherever you listen to podcasts. I'm Tom Martin. Thanks for listening. 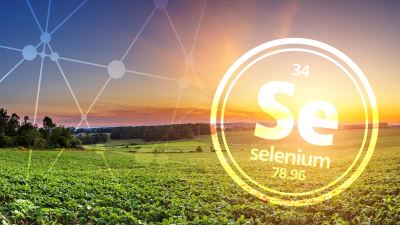 Sustainability — unarguably one the most used words in the agricultural sector both now and probably for the next decade. Every facet of the agri-food industry is working hard toward sustainability, and it is especially high on the agendas of all players across the egg supply chain. Noble Foods is the U.K.’s leading vertically integrated...