Waste not, want not: Insect farming for the future of sustainable protein

Housed inside historic railway arches close to London’s Tower Bridge is an operation at the forefront of a sustainable farming revolution.

It is nothing like a traditional farm: small, urban and, most unusual, indoors. But, this cozy, inner-city space houses a herd of thousands that could change the way we look at sustainable protein production.

You may ask, “What kind of farming system could possibly operate under these conditions?” The answer is insect farming.

This urban enterprise is called Entocycle and is the brainchild of Keiran Whitaker. An environmental engineer, Keiran saw the potential benefits to crops and livestock that come from harvesting insect protein. Combining the processes inherent in nature with pioneering technologies, Entocycle accesses an untapped resource that could be vital for the future of our planet.

Its production revolves around harvesting black soldier flies, which Native American warriors once used to clean their wounds after battle. In a sense, Keiran is doing something similar in his fight for sustainability, helping to heal the food web with this alternative protein. 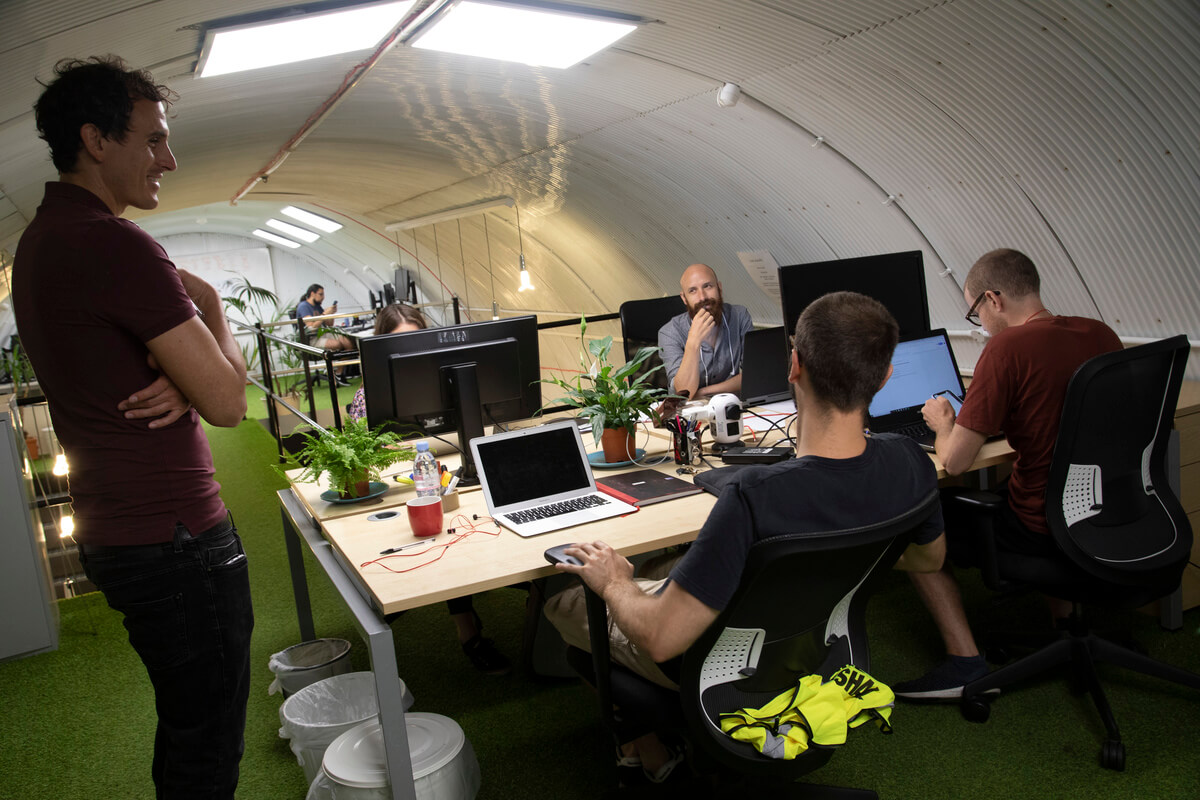 For Keiran, the idea of working toward a more sustainable future has never been one that he has had to consider. It has been ingrained in him from an early age.

“From day zero, I have lived in a household where we recycle, we compost, you turn the lights off, you turn the tap off,” explains Keiran.

Speaking on Alltech’s AgFuture podcast in 2018, Keiran described how it wasn’t until he started to see the world, witnessing firsthand the effect that humans are having on the planet, that he was inspired to take action.

“I worked in Southeast Asia, Central America, South America, and I lived up here in North America for a while,” said Keiran. “Almost everywhere that I went, especially in the developing world, rainforests are being cut down; our coral reefs are disappearing — not even dying, they’re just disappearing — and our fish populations are nonexistent.” 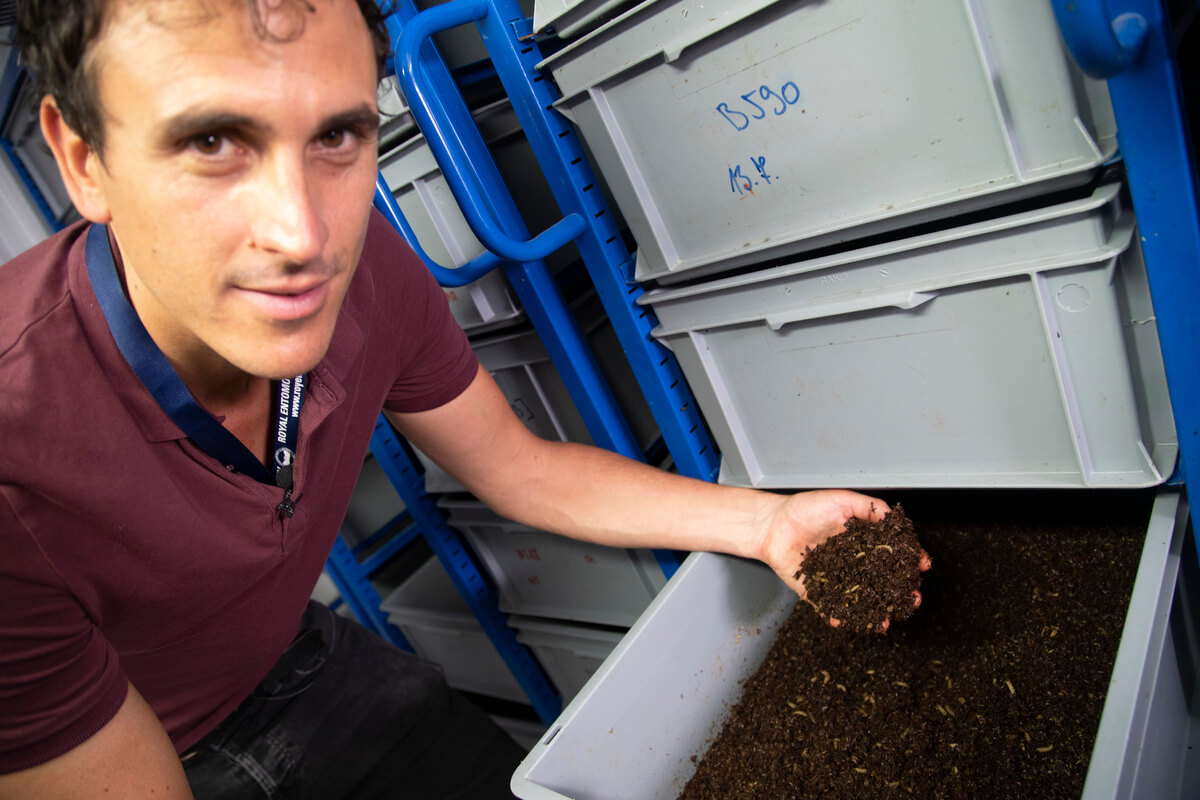 The harsh reality of what was happening all around him convinced Keiran to return to the U.K. and get to work. Now, through sheer energy and determination, he has pioneered a new way of addressing the growing issues resulting from global protein consumption.

To supply livestock with a nutritional diet, current international agricultural production leans toward plant-based protein, like soy, or fish protein. But, each of these natural resources comes with a unique set of issues.

Soy production is predominantly based in North and South America. To fulfill global demand, suitable farmland needs to be utilized, which ultimately leads to clearing down sections of forested land, including the rainforest. Even transporting the product around the world has its own carbon burden.

Using fish protein also has a serious knock-on effect when it comes to sustainability. Much of this protein is harvested from krill, a resource at the most basic level of the world’s food web. By using up these stocks, we cause a domino effect that resonates up through the rest of the food web, eventually causing more problems for our quality of life in the long term.

And the waste is history

Another issue that Keiran set out to address, not only in animal production practices, but globally, was unnecessary waste. Figures from the U.N. show that we are currently wasting 1.3 billion tons of food per year. This again is something that Keiran has been addressing from a young age.

“If you ask anyone who has seen me eat, there is never any food on my plate,” says Keiran. “That is how I was taught. Finish everything on your plate because all that food has so much effort put into it.

“So, if you kind of go through the back story — delivering to your plate, delivering to the grocery store and then the farming of that — the tale of that food is so long that if you just end up throwing away that 30% — which is what we are doing globally — that’s just horrendous,” he continued.

With these problems in mind, Keiran started looking for a solution that would not only fulfill global agriculture’s need for protein without harming the planet, but one that could actually help it, too. He searched for inspiration in the natural world. What he uncovered was a way to not only establish a never-ending source of protein, but to do so in a way that is waste-free.

“Nature does not have any waste,” explains Keiran. “The apple falls from the tree, the worm eats the apple, the bird eats the worm and off we go up the food web. That’s all we do at Entocycle.”

Instead of apples, the Entocycle larvae feed on locally sourced beer and coffee waste, working through 1.5 tons of it over the course of a week. In the process of digesting this waste, they excrete soil, which according to Keiran could potentially be used as an alternative fertilizer. He refers to it as “a byproduct of nature.” 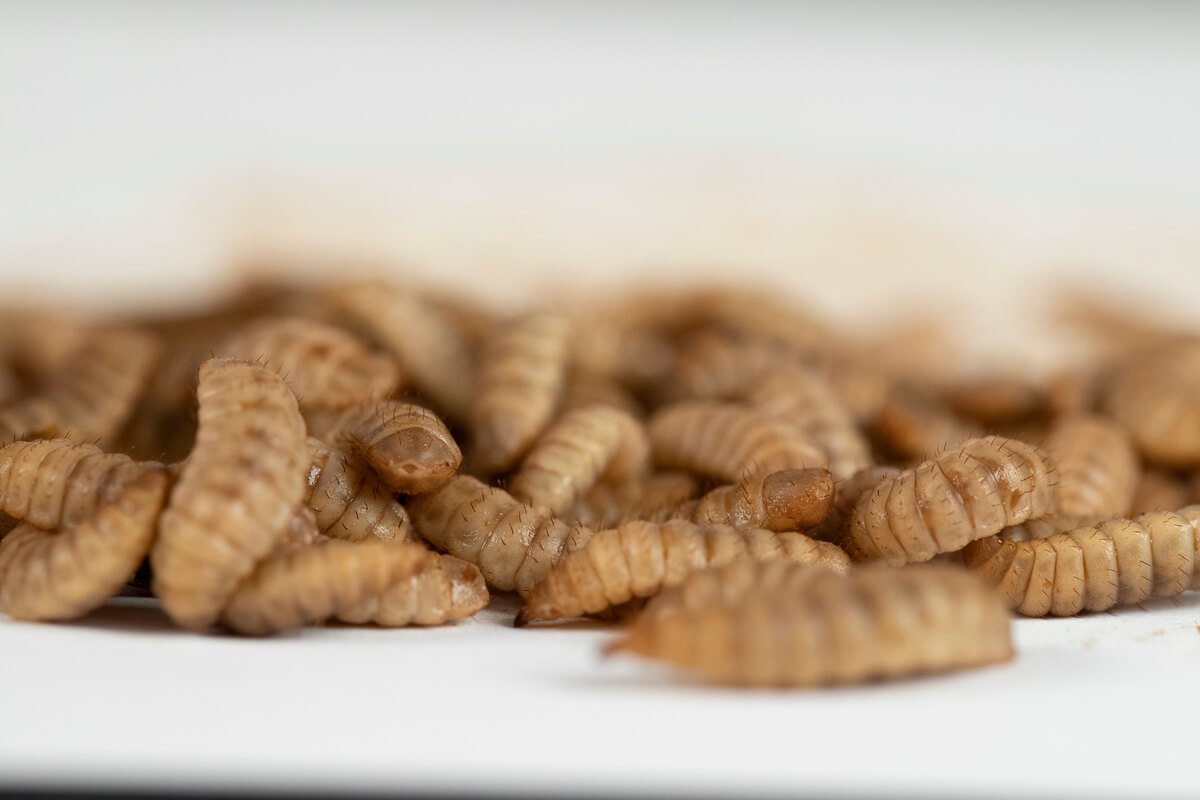 A food system for the future

While the idea of eating insects might not sit well with a lot of people, the benefits are undeniable. Entocycle has developed a farming system that is truly sustainable. It is completely self-contained, depending only on itself to keep running. It leaves no negative impact on the world. On the contrary, the only thing it requires from us is the material we deem to be waste, and even that is turned into something that benefits the planet.

Possibly the greatest aspect of this system is that it can be implemented anywhere, at any time, as is proven by its central London headquarters. 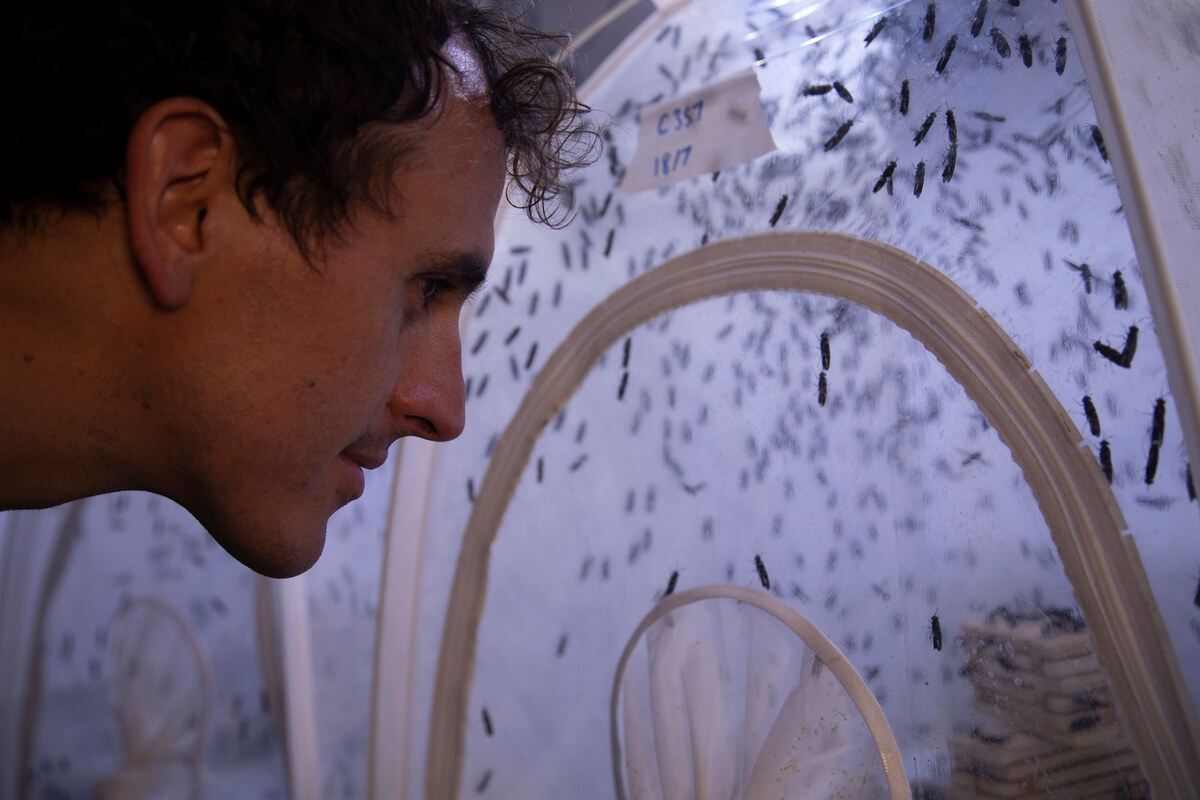 “This technology can go literally anywhere, whether it’s in Arctic regions of Northern Sweden down to the Sahara Desert,” says Keiran. “It doesn’t matter if there is an El Niño, a La Niña, a drought, a flood. We can produce this the same, all year round.

“Traditional agriculture will just go through seasons,” continues Keiran, “and that’s normal. That’s nature. This is a new future.”

Keiran does admit that Entocycle’s work is most likely going to be used to supplement traditional farming techniques, rather than replace them completely. But he believes that change is coming, and it will be enterprises like his that will lead the way.

“We’re going through the massive agricultural revolution,” Keiran asserts. “I like to say the engineers of today are the farmers of tomorrow.”