There is a lot to be said for leveraging on our strengths, and this is a mindset Bianca Martins has firmly adopted on her road to success.

In just 12 years, Bianca has upped through the ranks at Alltech since landing a job on the sales floor in 2007, to being appointed as country manager for Mexico earlier this year. 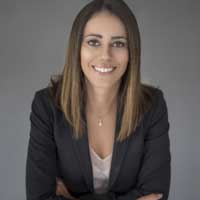 “There are no limits for women in the field,” says Bianca.

“But we can see more success when women respect their own natural aptitudes.”

Bianca graduated as an animal scientist, with a MBA in Agribusiness and master degree in animal production and nutrition in 1998, and, eager to get a foothold in the ladder, then began working in a large-scale monogastrics production company in Brazil, before joining Alltech.

Relishing in the opportunities presented to gather experience during this time, Bianca spent time in the premix department as well as with the research team in the laboratory of animal nutrition, biochemistry and poultry patology.

Around that time, Bianca recalls a somewhat male dominated sector.

She recalls having just a few female colleagues in the field, but never any in the same company.

“Curiously, I never had a female reference in my work line, not even in research or finance, all men, says Bianca.

“I remember in my beginnings in the agribusiness, I took the liberty to count in my mind how many women I could find in the national congress we had back in the year of 1997.

“There were 250 people in the room, but it was an easy task; we were just seven women and were made up of four internal nutritionists and three in the field with farmers, including me.”

Working in a sector she says is now challenged daily to reinvent itself and stay profitable, Bianca credits those who have walked the path before her.

“Women started to change the field more than 20 years ago, when they decided to have a presence in agribusiness.

“The first ag women had to fight to have a voice in the industry.

“I saw some of the representatives of this generation facilitate extraordinary changes in the way we produce food.

“I had the feeling they were giants when I was young, with a strong voice who commanded a lot of respect where ever they decided to be.

“They opened all the doors to the next generation, one in which I am now included as a woman.”

Fast-forward to the present and the industry today is one which Bianca believes has accepted woman as having an important, but different role to that of men.

“It doesn´t mean better or worse,” she continues.

“It means the industry has accepted any gender with the same objective, working together to achieve a common goal.

“But we live in times of unprecedented change.

“The way we live, familiar relationships, politics, education, food and beliefs have been changing so deeply in the last decades, giving us so many new factors to deal with daily.”

Communication and technology, Bianca says, are central to some of this and manifest as some of the challenges facing us in the future.

“Agribusiness should find a way to share more information with consumers, the current generation of whom want to eat healthily, with less impact to the environment.

“Managing and adapting technological advances in the field also needs careful organisation, in terms of incorporating these to improve production and traceability which is demanded by our supply chains.

“It will be revolutionary, for example, if the industry can find ways to predict a disease and prevent it before collapsing a system, as we have seen with the ASF situation in China recently.

“Are robots, block chain, face recognition the new tools of the future?”

With such change afoot, Bianca feels woman can focus on the attributes that set them apart from their male counterparts in pursuit of success.

“Women are amazing leaders, with a high level of team spirit and exceptional guides in a culture of change.”

“In some anthropology research of female nature, we can find protection and prevention as main behaviors of female groups.

“When a group of animals are in danger in wild, the females are the first to alarm and protect the group, sometimes at a detriment to their individual goals.

“Transporting this idea to human relationships, in any kind of project where women can express their carefulness and respect of individuality, they will succeed.”

In an industry which Bianca feels is rich in opportunity, there is space for individuals of any gender who have the willingness and drive to want to join it and be successful.

“I always repeat to the new ones “If you can dream it, you can do it, just make an extra effort to make it quickly.”