For years, cattle have carried the weight of the world in the climate change story — viewed as a major source of greenhouse gas emissions due to the methane they belch as well as digesting certain foods
Image 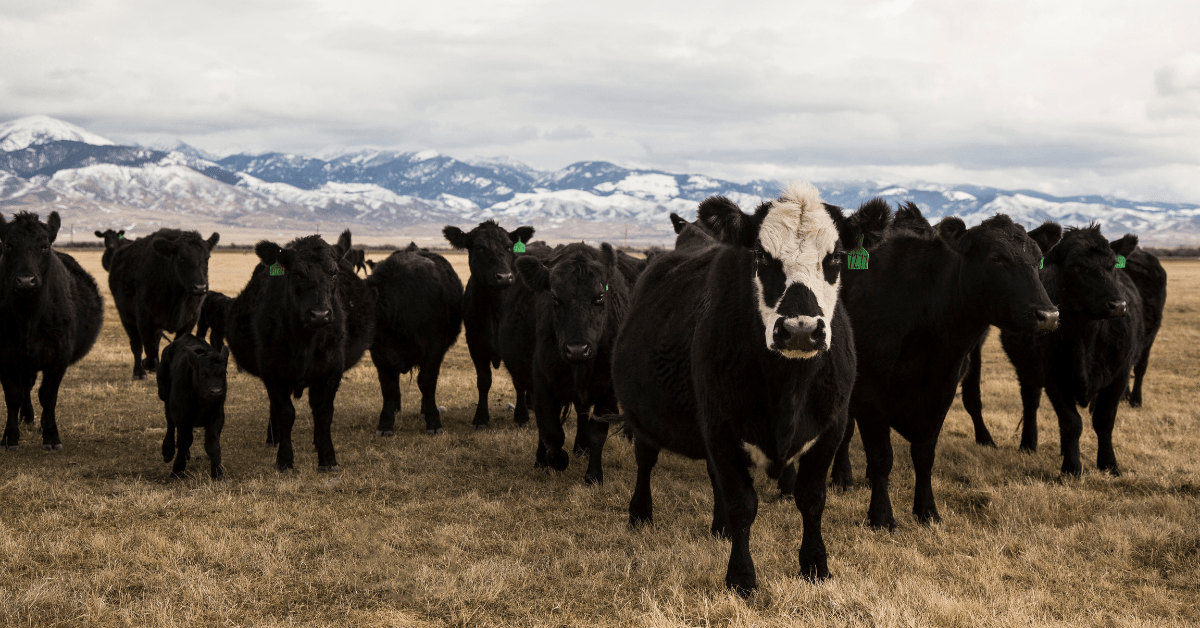 While it’s true that beef cattle and dairy cows create methane, we need to consider that when combating climate change, it turns out that the impact of cattle-created methane may be lower than we think.

Why? Because that methane is actually recycled as part of a natural process known as the biogenic carbon cycle. And because of cattle’s — and other ruminants’ — role in that cycle, they have the potential to be a driving force in fighting climate change in the years and decades to come.

What is the biogenic carbon cycle?

The biogenic carbon cycle is the process by which plants, animals and the environment recycle carbon. Plants capture carbon dioxide (CO2) from the air via photosynthesis and convert it into carbohydrates. Those carbon-based carbohydrates are sequestered in the soil and stored within the plant, and then they are consumed by ruminants like cattle. Some of that carbon is released back into the atmosphere in the form of methane via belching and manure. And over the next dozen or so years, that methane is converted back into carbon dioxide in the atmosphere, allowing the cycle to begin again.

How do livestock emissions play into the biogenic carbon cycle?

Ruminant livestock like cattle play an important role in the biogenic carbon cycle. During photosynthesis, much of the carbon absorbed by a plant is converted into cellulose, a form of carbohydrate that acts as a building block for growing plants. Cellulose is found in grasses, shrubs and trees around the world, but it is especially high in plants growing in “marginal lands” where human crops can’t grow, according to the CLEAR Center at the University of California, Davis. Humans can’t digest cellulose — but ruminants like cattle can.

Because of cattle’s unique digestive system — a slow, methodical, microbe-heavy process involving a four-part stomach — they can digest cellulose-dense plants like grasses. This design allows cattle to take their place in the biogenic carbon cycle, converting carbon from cellulose into methane in the atmosphere, which eventually converts back into carbon to feed more plants. And as cattle eat those cellulose-rich plants, they’re converting an energy source that’s inaccessible to humans — grown on land that can’t grow anything else — into a source of high-quality protein.

How to reduce livestock emissions

The biogenic carbon cycle is a loop, recycling carbon over and over again. So what happens if we reduce the methane emissions being produced by cattle as part of that cycle?

“If you reduce methane from cattle, you pull carbon out of the atmosphere, and that induces global cooling,” said Dr. Frank Mitloehner, director of the CLEAR Center and a professor and air quality specialist at the University of California, Davis. “Can it be done? It can be done, and it has been done.”

There are a variety of ways to decrease the amount of methane produced by livestock. Here are a few of the steps farmers can take toward reducing greenhouse gas emissions and minimizing the environmental impact of their cattle.

Some farmers are even finding ways to capture the methane produced by manure for use as an energy source. In California, dairy digester technology is turning manure into natural gas, which can be used to run generators or natural gas vehicles, or be re-sold to local utility companies in a true win-win. Fiscalini Farms outside Modesto, California, uses a dairy methane digester to power the entire farm operation as well as about 300 homes in the community!

Every farm and operation is different, of course. The variety of ways available to reduce methane emissions from cattle gives farmers more options to find the best solutions for them. And all those solutions can add up to a major, positive impact for the climate for generations to come.

The power of cattle

Cattle have a vital role to play in the story of our planet. As part of the biogenic carbon cycle, they help recycle carbon while providing humans with a vital food source. And as a controllable source of methane, they have the potential to play an even bigger role in our efforts to slow and reverse global warming.

It all comes down to how we manage our cattle. From improving feed efficiency and monitoring their feed intake to how we dispose of their waste, the power to lower the carbon hoofprint of cattle is in the hands of our farmers and the animal agriculture industry at large. With the proper research, planning and understanding, we can stop scapegoating cattle in the climate change discussion and realize their true potential in helping reverse global warming.