18 innovations to decrease our environmental footprint

Agriculture will continue to be one of the core industries that can sequester carbon, and a big part of the answer to climate change.
Image 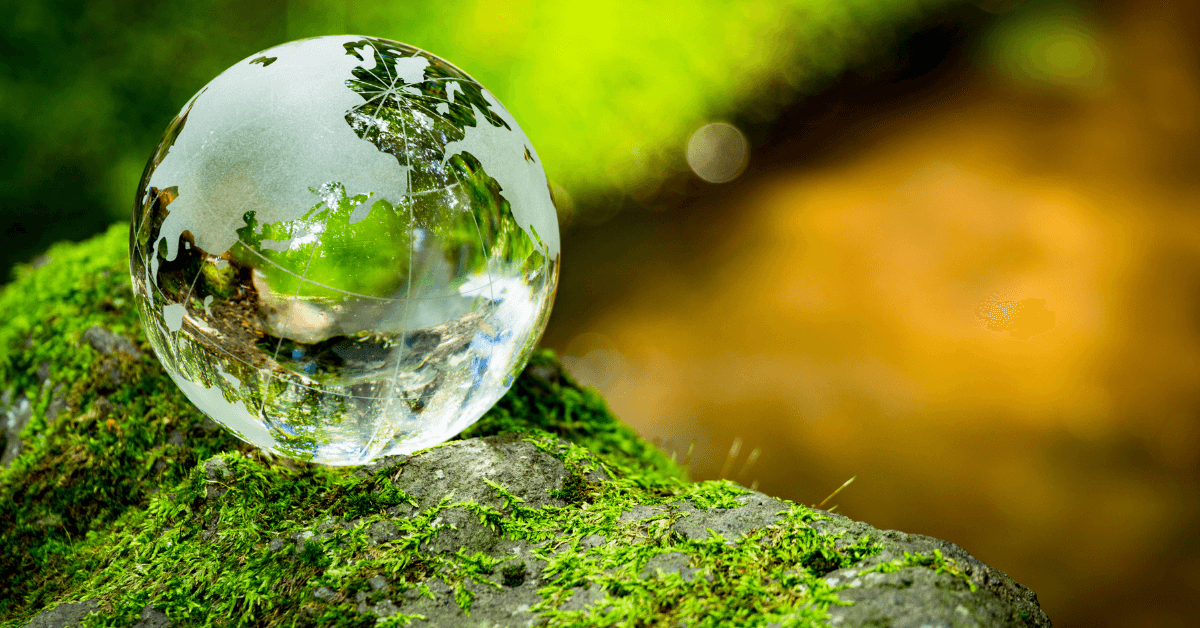 A look back at history

“To confront the myriad of challenges we face today, we need to have a legacy mindset,” said Dr. Mark Lyons, president and CEO of Alltech, at the Alltech ONE Ideas Conference (ONE) on June 24. “We need to look to the past for perspective and for learning.”

With that in mind, Dr. Lyons took the audience back to when humans first started to arrive in North America. People brought and domesticated animals, began using natural resources for food production and required more land.

As this growth was happening, global economies and continents became more connected through railways, highways and shipping lanes. Carbon became the main way to fuel the growing economy and growing planet. Consequently, carbon emissions have increased.

Agriculture was growing. Scientific breakthroughs were leading the way to a more efficient food system and created the opportunity for the rise of brands and businesses that, today, we call the food industry.

The need for agricultural productivity, as well as food production efficiency, led to new farming innovations and a realization about the carbon emissions produced by agriculture. In terms of meat, milk and egg production, farmers began making improvements, responding to the influences and demands of the market.

Although scientific breakthroughs have led to a better understanding of our environment, there has not been an agreement about the culprits of climate change. This story is not unique to North America.

“One thing that is becoming crystal-clear is that a change has started, and it is going to continue,” said Dr. Lyons. “In fact, we saw that the pandemic actually accelerated this change and the acceptance of the changes that were happening around us.

Let’s look at some of the innovations being dreamed of and implemented around the world:

1. Giant air purifiers: Nine out of 10 people around the world breathe polluted air, and this pollution accounts for almost 9 million deaths per year. Some engineers are thinking about how we can create giant outdoor air purifiers that are also pieces of art. Perhaps the true beauty is clean air and clean energy.

2. Cooling the planet by filtering excess carbon dioxide out of the air on an industrial scale: Giant air scrubbers in Texas — which could be a common sight by 2050 — use simple chemistry to capture CO2 and pump it into oil wells, which have been drilled dry in the last century. Some of the greenhouse gases that are heating up our planet could be removed with these types of innovations, potentially contributing to a reduced greenhouse effect.

3. Electricity generators using heat from the Earth’s mantle: This is being done on a small scale in Kenya, but it has great future implications for not emitting greenhouse gases into the air at all.

4. Using recycled plastic as a bitumen replacement in road construction: Among the fossil fuels that have already been taken out of the ground, a lot of them have been converted into plastics, which take over 1,000 years to biodegrade. Some of those plastics can be recycled and utilized in road construction, creating a smoother ride, fewer potholes and a longer road life.

5. Solar roadways: Technologies like Gorilla Glass can be used to create solar roadways by protecting solar panels that are used to pave roads, driveways and sidewalks. If these roadways covered the entire United States, they would produce three times the electricity that we need today.

6. Sonic fire extinguisher: As a result of climate change, we’ve seen more and more forest fires burning. To combat this challenge, scientists are working on a sonic fire extinguisher, which can be installed on a drone and works by using sound waves to separate oxygen from the fuel source.

7. Hydrogen as aviation fuel: Since 1990, the carbon dioxide emissions per passenger flight have dropped more than 50%. Nevertheless, the aviation industry is also evaluating new fuel sources, with hydrogen potentially serving as a new, clean aviation fuel. An Airbus commercial-scale hydrogen plane has already taken flight in the U.K.

8. A “blended wing” that serves as both a passenger compartment and a wing for aircraft: With the entirety of a plane generating lift, this could save 20–30% of the fuel currently required for passenger flights.

9. Green algae as a cleaner of the environment and a source of travel: The ability of green algae to eat bacteria is more prevalent than previously thought, and this finding could have important real-life uses related to environmental and climate science. In addition, green algae could also be a fuel source for many different types of travel, including both in the air and on the ground.

10. Gut microbiome genes are linked to array of human diseases: So much of what is happening within our microbiome is linked to human diseases. As we come to understand more about the science, there will be many new ways for us to overcome human health challenges.

12. Methane from animal waste can be used to grow single-cell protein for food: People are not only converting methane into energy with biogas digesters but are also utilizing a number of different nutrients and creating single-celled proteins that can go back into food for animals — and even humans.

13. An intelligent trash bin that identifies food types and encourages recycling: Food waste is an area of untapped potential. The intelligent bin could reduce one-third of our food waste before it even leaves the home.

14. A kitchen appliance that turns waste to compost: There are systems being developed today that will allow us to convert our food waste directly into compost that can be used in our gardens. With a single button, Lomi grinds and heats waste to break it down with no smell and turns it into nutrient-rich compost, reducing up to 50% of the waste that would otherwise be sent to a landfill.

15. Microbial tools could improve productivity while limiting environmental impact: There are new tools to help develop specific microbiomes in the gastrointestinal tract, soil and waste-processing systems. As a result, new nutritional and feed supplementation strategies are being created to improve production efficiencies while limiting the intensity of emissions.

16. Measurement tools to assess environmental impact and mitigation strategies: Tools like the E-CO2 farm audit systems, laboratory testing and feed evaluations (Alltech IFM™ and the Yea-Sacc® Value Test), as well as the use of supplementation and pasture management programs to control emissions and the mineral impact on the environment, are critical for reducing our overall environmental impact.

17. Biotic tools for mitigating agriculture emissions and emission intensity: New management systems use filtration to take out methane at the source and potentially use this methane in other agricultural production systems. Manure management, pasture management and pasture nutrition all get back into our understanding of the microbiome and the importance of seeing all of these areas as linked.

18. Using activating enzymes as biological catalysts: Enzymes can help us in many areas, such as improving digestion and feed utilization, beneficially modifying microbiomes in animals and soils, altering fermentation patterns to break down waste and mitigating environmental toxins.

“I believe the agriculture industry will create climate-neutral food,” said Dr. Lyons. “We will continue to be one of those core industries that can sequester carbon, and we will be a big part of the answer to climate change.”

In closing, Dr. Lyons asserted that no industry could have a more positive impact on the future of the planet than agriculture.

“It’s the industry that I'm most excited about, and it’s a great honor to be working in this industry,” Dr. Lyons shared. “We can nourish the world while cooling its climate. We can leave not a footprint but a legacy. What an extraordinary opportunity as we all gather, working together for a Planet of Plenty™.”