Water quality impacts everything on the planet, from the environment to human health and the production of food. However, pollution can find its way into our groundwater, rivers, lakes and oceans.

According to the United Nations, three in 10 people lack access to safely managed drinking water services. Important methods to help protect water quality include formulating animal diets with organic trace minerals to reduce excretion into the environment and proper manure management for livestock. 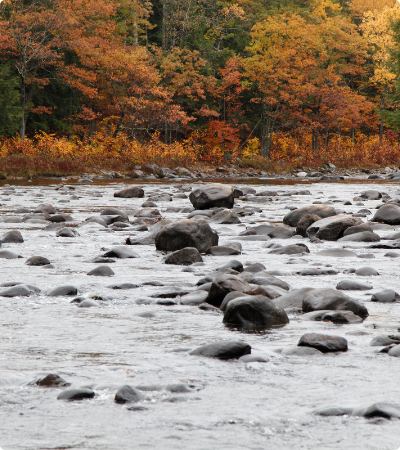 Trace minerals (e.g., zinc, copper, iron, manganese, etc.) are essential nutrients that must be formulated into animal diets. However, conventional sources of those trace minerals (inorganic salts) have poor bioavailability, or uptake by the animal. Therefore, it is a common practice, under commercial conditions, to increase the dietary concentrations of supplemental minerals above recommendations to meet animal needs.

When dietary minerals are not utilized efficiently, significant amounts will be excreted into the environment through manure. This can lead to trace mineral accumulation in the soil and potentially threaten water sources due to runoff.

The use of organic trace mineral sources boosts the bioavailability and absorption rate of dietary minerals, therefore allowing lower levels to be fed to animals and significantly reducing the amount of mineral excreted into the environment.

Some countries and regions around the world are already starting to legislate the levels of trace minerals formulated into animal diets. The European Union has maximum allowable levels of the trace minerals zinc and copper in the diets of livestock, aquaculture and companion animals.

Research has found that dietary supplementation with Bioplex® organic trace minerals can enhance animal health and performance while reducing fecal mineral excretion. For example, when feeding a more bioavailable trace mineral source such as Bioplex to sows at a lower level than typically used with conventional sources, iron, manganese, copper and zinc contents in the manure were significantly reduced.

A 2018 report by the Food and Agriculture Organization (FAO) of the United Nations titled “More people, more food, worse water? A global review of water pollution from agriculture” noted that agriculture is the single largest producer of wastewater, by volume, and livestock generates far more excreta than do humans. Trace mineral accumulation is just a small part of the challenge, but it can be significantly improved with an available and effective dietary switch to low-level organic trace mineral supplementation.

The European Food Safety Authority (EFSA) proposed reducing the maximum allowable limits for zinc in complete feeds in 2014, and it expected that change in feeding practices would result in an overall reduction of zinc emissions from animal production of about 20%. The reduction in allowable copper levels in the same region in 2016 also predicted a 20% reduction of copper emissions from agriculture, or a saving of 1,200 tonnes of copper per year from being spread on fields.

At the farm level, reductions in the level of mineral supplemented to layers (egg-laying chickens) can have a significant reduction in environmental emissions. Research findings from an investigation into the use of Bioplex organic trace minerals in a one-year layer cycle saw a 67% reduction in excretion of zinc and an 81% reduction of manganese in the manure, compared to conventional inorganic sources.