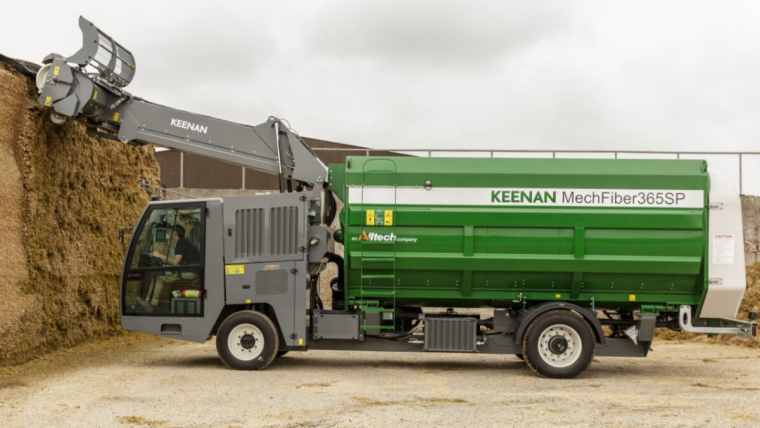 Farmers are being encouraged to pay close attention to detail when opening the clamp to minimise feed waste, maximise cow performance and bolster the bottom line. James Brough, Ireland and UK general manager for KEENAN, explains that feed costs can be as much as 19.7 pence per litre on some dairy enterprises.

"Farmers invest a lot of time and money into making good quality silage as it remains the most cost-effective feed source," says Mr Brough. "However, poor management when opening the clamp can increase the risk of aerobic spoilage, causing physical and nutritional losses," he adds.

"This will not only drive up feed costs but can also have an adverse effect on cow health and performance due to potential mycotoxin contamination and ration inconsistency which ultimately impacts the bottom line.

"For example, preliminary results from the Alltech feed waste reduction and utilisation on-farm pilot study highlighted that on average, wastage at feed­out could be costing as much as £228 per cow."

For this reason, Mr Brough recommends that farmers pay close attention to detail when opening the clamp and feeding-out, in order to maintain forage quality and quantity.

"The top sheet should only be pulled back far enough to reveal adequate levels of silage to last for three to seven days," he explains. "Farmers should ideally aim to take the clamp face back at least two metres a week to help reduce the risk of spoilage due to limited exposure to air and weather."

He notes that when first opened, silage that forms the clamp ramp is less compacted and therefore at higher risk of spoilage, particularly on the top and at the sides.

"It's therefore critical that a tight clamp face is established as quickly as possible to minimise the impacts," explains Mr Brough. "The most efficient way to do this is by using a de-facing header, such as those found on the KEENAN self-propelled mixer wagon.

"An alternative option is to use a block cutter or shear grab. However, it's important to ensure that blades are regularly sharpened. All of these options will help neatly deface the silage clamp, while protecting the forage structure to aid optimal rumen function and reduce waste."

"Seams across the pit face, or top of the clamp, are a key indicator of aerobic activity and spoilage, which results in the loss of organic matter and energy," he explains. "It's critical that any spoiled silage is removed as soon as possible to avoid further contamination.

"Spoiled silage shouldn't be fed to livestock, no matter what stage of the production cycle, as it will impact on productivity. For example, it can cause abortion in dry cows and long-term fertility issues in the milking herd."