Does Milk Composition Matter and Can It Be Improved? 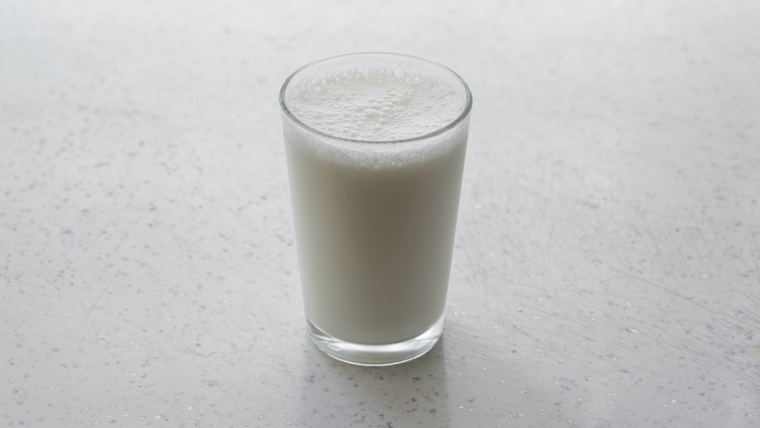 Increasingly, the levels of protein and fat in milk are being recognised as major determinants of milk price and many dairy farmers are becoming concerned about falling levels when herd performance is judged on a year on year basis. Both stage of lactation and seasonality, especially with spring calving herds, can influence milk fat and protein levels, whilst research evidence and experience of milk processors have shown that at certain times of the year, the production of specific milk products is compromised an, in more severe situations, may be precluded. The level of protein in milk can have a major effect on cheese yield and quality, whilst the level of milk fat and the structural integrity of the milk fat globule, can affect the yield and quality of high-fat milk products.

Part of the problem in respect of poor milk fat and protein levels can be attributed to the higher milk yields being achieved with the present day Holstein. Research studies have shown cows with overall lactation yields in excess of 10,000 litres produced 30% more milk than average yielding cows, but their combined yield of milk fat and protein was only 18% higher, with average fat and protein levels of 3.90 and 3.10% compared with 4.37 and 3.45% respectively, when fed similar rations. Selection for higher milk component contents has brought only modest gains and some farmers have chosen cross-breeding as a possible route to improve fat and protein contents. The first cross, perhaps Holstein and Jersey, will bring improvements in line with the mean of two parents plus a small bonus (average 5%) attributable to hybrid vigour, although lower milk yields will mean more cows need to be milked to meet milk quota. Ideally the first cross animal should be bred out to another breed before the resultant offspring is bred back to one of the original breeds. This brings complexity to the farm’s breeding decisions and may reduce commercial value of the cattle, whilst there are unlikely to be any further benefits from hybrid vigour. Overall, cross-breeding may not provide the long-term solution that many farmers seek.

Principally, the yield and the content of milk fat are influenced by the digestion of feed in the rumen. Provided the ration contains adequate levels of digestible fibre and the cow efficiently digests that fibre, the acids produced in the rumen will support efficient milk fat synthesis, bringing responses in both fat yield and content. But in many cows the rumen may be less efficient than we believe. Short chop length silages will reduce cud chewing which in turn will reduce the nutrients the cow gets from that forage. Feeding starchy feeds in large single meals, such as occurs at milking on many farms, will cause a marked increase in rumen acidity immediately after the meal, with the resultant drop in rumen pH reducing the extent of fibre digestion and the quantity of nutrients obtained from that intake of fibre. Turning cows out to spring grass may be seen by many as a final release from winter feeding but high levels of sugar and low levels of fibre in spring grass can have the same effect as high starchy concentrates, with low rumen pH values, compromised fibre digestion and resultant drops in milk fat. Recent research showed cows grazing fresh lush pasture had rumen pH levels below 6 for 16hrs each day, indicative of sub clinical acidosis. Getting sufficient fibre into the cow and ensuring that fibre is digested in the rumen, not forgetting the importance of cud chewing, provides a serious opportunity for improving milk fat content and yield.

Improving milk protein requires a different nutritional approach. Feeding more protein in the ration usually increases milk protein yield but generally does nothing for milk protein content, unless initial levels are seriously depressed. High levels of dietary protein can increase body tissue mobilisation in early lactation and with the negative effects this can have on cow fertility, it seems prudent to avoid such strategies. There is however clear evidence that increasing the level of starch in the ration will increase milk protein content and yield. Simply replacing 1/3rd of the grass silage component of winter rations with maize silage which contained good levels of starch (30% of total silage dry matter) gave consistent improvements in milk protein content (3.37 v 3.27%) together with marked improvements in milk protein yield (1.40 v 1.16kg/day). Feeding higher levels of maize silage should bring bigger responses whilst other options on the farm include whole crop cereal silage and cereal grains, with sodagrain (sodium hydroxide treated) providing some impressive gains, with milk proteins of 3.32% in a study which compared a grass: concentrates control ration with 3.01% protein, whilst milk fat levels were maintained at 4.19%. Others have tried fodder beet, which when grown in the correct environment can produce phenomenal crop yields, and in a recent research study, milk protein and fat content responses (3.21 and 4.29% v 2.99 and 41.7% respectively) were noted.

Deciding what to feed can impact on milk composition but how it is fed is equally important. Avoiding large slugs of feed at milking is a start, recognising that spring flush of pasture may not be an ideal feed for the production of milk of good composition is another whilst optimising rumen health to achieve optimal fibre digestion and not compromising starch digestion is crucial. After that controlling dietary protein levels to ensure that cows don’t milk excessively off their backs is worthy of serious consideration.

Taking a serious look at nutrition can bring large rewards in milk composition, improving milk price and overall profitability, especially where the use of home-grown feeds is increased.