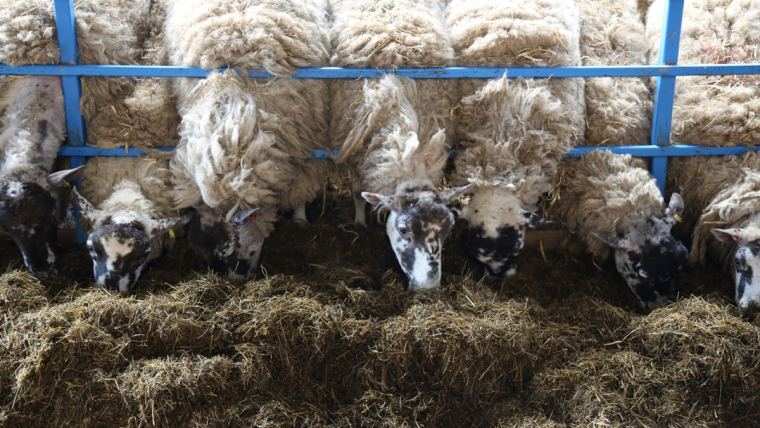 The periods that require the most balanced nutritional intake are the beginning and end of lactation when sheep are in the barn. TMR can therefore be considered beneficial for the majority of sheep farming systems.

The benefits of using TMR rations are as follows:

At the end of the gestation period, ewes require increased nutritional intake. In fact, the foetus gains up to 70% of its weight in the last six weeks. These figures highlight the importance of calculating the nutritional requirements of the ewes when they are inside to ensure adequate food consumption.

The final formulation of the TMR ration depends mainly on the quality of available forages, the body condition of the ewe and the expected lambing rate.

The growth curves of the lamb during the first six weeks of his life depend largely on the mother’s milk supply. As a result, the rate of sheep milk production is very important. A ewe who feeds two lambs, with a daily growth of 300 grams, must produce 2.5 Kg of milk per day. Under these conditions, despite a weight loss of 150 grams per day, the ewe has an energy requirement in the range of 24 to 26 MJ.

TMR feeding for sheep is a robust way to go to maintain herd health and stave-off metabolic problems such as prolapses.

Mr Preece from Herefordshire uses a KEENAN MechFiber320 with InTouch to feed his cattle and sheep flock during the winter period, and has seen a reduction in prolapsed ewes, going from 3% to 0. “The KEENAN system makes my everyday winter work simpler and ensures that my animals are making a better use of the feeds. The cattle and the flock are healthier”, says Mr Preece.

Alltech & KEENAN advise a simple but well-calculated and precise TMR diet to ensure a healthy and productive flock, particularly over the winter period. KEENAN have a range of new and approved second-hand machines to suit every system for the coming winter.

For further advice on feeding your flock this coming winter, please KEENAN on 059 977 1200