Managing the Transition Period of the Modern Dairy Cow 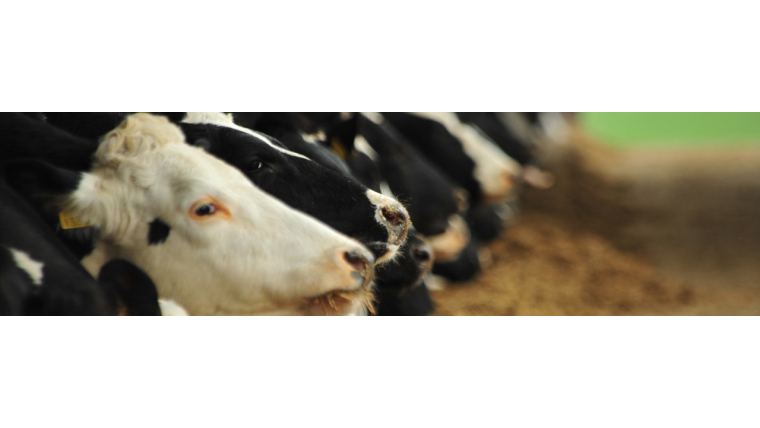 The importance of steaming up the late gestation cow in preparation for the next lactation has been recognised for several decades. With increasing knowledge of the physiology of dairy cows and the important contribution that good pre-calving management can make to both parturition and the subsequent lactation, transition management has taken on a new dimension within the last 5-10 years. Parturition itself represents a major challenge/insult to the cow and is a period when serious problems can occur, which to differing extents, may affect cow health, subsequent lactation performance overall profitability.

This short review of transition management will attempt to examine the principals involved in the physiological changes that occur as the non-lactating in-calf cow moves to a non-pregnant and lactating state. In particular, it will examine the underlying causes of some of the major production disorders as well as focussing on the establishment of good feed intakes post-calving to achieve satisfactory levels of milk production. From this base of physiological knowledge the review will attempt to provide some practical aspects involved in managing cows to achieve uneventful calving, successful lactations intakes and good overall fertility.

The transition period, drying off

There is no specific definition of the transition period in terms of duration and whilst it is generally acceptable to consider commencement at the time of drying-off, it is debatable as to when it is concluded. Drying-off normally occurs at 60 days prior to expected calving; earlier drying off can result in over conditioned cows prior to calving whilst delayed drying off, often seen with higher yielding cows, can affect yields in the subsequent lactation. Cows yielding 10-12 litres milk per days are relatively easy to dry off, with either intermittent or abrupt cessation of milking. Higher yielding cows can be more difficult but a strategy of providing less feed of lower nutritive value will usually work; withholding water is not recommended. Dry cow therapy is recommended at this time together with monitoring of udder health to ensure that mastitis does not become a problem.

Prior to drying off, cows could be eating upwards of 3% body weight which will fall rapidly to only 2% after removal of the cow’s lactation demands. Involution of udder tissue occurs at this time, although the mass of secretory tissue will have been declining since achievement of peak lactation. At the same time the developing foetus will require additional nutrients as the cow moves to completion of the third trimester of pregnancy. Overall, this increased demand will be relatively modest but the associated increased proportion of the cow’s abdominal cavity being occupied by the gravid uterus will have a major effect on space available for the rumen. As this constriction on the rumen continues, overall feed intake will be affected and in such situations, it may be advisable to compensate for possible reductions in total nutrient intake by increasing overall ration nutrient density.

As indicated, total feed consumption during this period is unlikely to exceed 2% of body weight but in most circumstances will be sufficient to meet the animals total requirements provided the ration is of suitable energy and protein density. Where underfeeding does occur, for whatever reason, birth weight and survival rate of the calf may suffer.  A recent study found a twofold range in the birth weight of heifer calves born to multiparous cows, which was rather surprising given that all cows received the same pre-calving management. As indicated low birth weight can affect calf survival rate but may also affect subsequent lactation performance of the heifer calf, although to date these effects have not been quantified. In contrast, over feeding during the transition period can result in cows becoming over conditioned, often resulting in oversized calves. Both conditions can increase the incidence of dystocia, whilst overfat cows may encounter other problems such as poor intakes, fatty liver and ketosis once lactation has commenced.

After drying off, the cow’s appetite declines rapidly but for at least the first part of the transition period, levels approaching 2% body weight are achievable under most dietary regimes. Thus a 625kg non-lactating pregnant dairy cow should consume between 11.5 and 12.5kgDM/d, with few cows likely to consume more than 13kgDM/day. Closer to calving, total feed intakes start to decline, most noticeably from approximately 7 days prior to actual calving date. Maintaining satisfactory levels of feed intake throughout the peri-parturient period is important in respect of subsequent lactation performance.

Managing feed supply during the transition period needs to take account of the initial reduction in nutrient demand due to cessation of lactation, the reducing abdominal space to accommodate the rumen as uterine contents increase, the need to provide opportunity for rumen adaptation to the lactation ration whilst avoiding overfeeding (over fat cows, large calves) and the possible pre-partum onset of milk secretion. At all times it is essential that good rumen function is maintained in order to achieve good levels of feed intake post-calving. From drying off until approximately 3 weeks prior to calving (far-off period) reasonable levels of forages of relatively high fibre contents can be fed, targeting between 50-60% of the total ration (e.g. 1.0 to 1.2% bodyweight supplied as forage).

Feeding good quality straw during the transition period is becoming quite common, as it not only provides physical fill but due to its lower potassium level can be valuable when attempting to control dietary potassium levels. Too much straw in the ration at this time may however affect subsequent lactation performance.

A good amount of straw in the dry cow diet would be around 5kg per head, per day. Quantity is important, but how it is presented to the animal is even more critical. By respecting a certain length of this fibre mixed in a TMR, you would assure the right volume of feed intake. Correctly chopped straw will participate in enhancing the rumen functions.