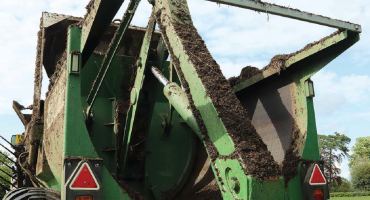 Austin Welton, a farmer from Warwickshire, farms 120 hectares on the outskirts of Rugby, where he fattens 300 head of cattle. He first purchased an Orbital spreader back in the 1990's. He bought his second one 3 years ago after two-decade worth of spreading with the previous model.

Mr. Weldon is very happy with this design of spreader, "It produces a very fine spread pattern, making it suitable for spreading on permanent pasture". Mr. Welton also complimented the machine on its footprint, saying that at under seven metres and weighing less than 5,500kg when empty, that it is manoeuvrable and kind to the land, preserving the grassland and maize ground that it spreads on.