ACE-ing sustainability: Part I, the environment

Alltech’s Total Replacement Technology™ (TRT) is one example of Alltech's ACE commitment. The organic mineral strategy is helping producers comply with increasing anti-pollution regulations by offering a way to feed fewer minerals to their livestock and get optimal performance results.

It was several decades ago when Alltech founder Dr. Pearse Lyons established the agricultural biotechnology company’s “ACE principle.” He believed the future of profitably growing food to feed the planet would depend on an approach that would be beneficial, efficient, safe and sustainable for the animal, consumer and environment alike. Each element of ACE would need to be kept in mind and in balance with one another.

“Dr. Lyons decided from the beginning that it was not going to be a chemical or antibiotic-based approach to food-animal nutrition,” said Dr. Kate Jacques, Alltech's director of nutrition, recalling what persuaded her to join the company more than 30 years ago. “They were going to dump money into research to find new ways around it. Thirty years ago, that was a very radical idea.”

Part one of this four-part series on the Alltech ACE principle focuses on the “E” portion of ACE and how the needs of the agriculture industry can be addressed while reducing farming’s impact on the environment.

It began with yeast

“The ability to use live yeast in beef and dairy cattle diets to improve efficiency is probably the number one driving force that got the company started,” recalled Dr. Karl Dawson, vice president and chief scientific officer at Alltech, another early recruit.

“The next thing that came out of that was the realization that we could take yeast apart and produce derivatives that led to a series of materials that improve animal performance and growth,” he continued. “They’re not antibiotics; they’re not chemicals; they are a natural material that promotes growth, improving efficiency and impacting the way livestock are influencing the environment.”

The belief that the company itself should embody an ethos of sustainability has inspired the development of company-wide environmental criteria.

At Alltech’s European headquarters in Dunboyne, Ireland, Jones is working with a sustainability committee through the process of achieving ISO 14001 certification. The Dunboyne office began pursuing this cerfication as it was becoming more common for other companies or customers to inquire if they were ISO 14001-certified when choosing to work with them. They believe that having this quality standard in place will demonstrate their commitment to improving environmental performance.

The National Standards Authority of Ireland recently granted this prestigious status to the Alltech-owned KEENAN, the Ireland-based manufacturer of advanced diet feeders and software products. The company is focusing on four areas that it wants to bring under control, including transport, procurement, air emissions and waste management.

KEENAN has been awarded ISO 14001 certification.

While the degree of agricultural contribution to greenhouse gases remains in debate, Alltech E-CO2 is working with farmers to help them know exactly where their operations fit into the emissions picture. The company provides comprehensive carbon audits and calculates total farm carbon footprint.

“If you want to look at a carbon footprint, you need to have an accurate estimate of what’s going to happen when you feed alfalfa hay or grain to the animal,” said Dawson. “This allows you to do that.”

Alltech E-CO2 recently surveyed 58 dairy farms in Europe to gather carbon footprint information. The audit identified areas for improvement in milk production, animal health and reproduction. As a result, the farms made recommended changes in management and nutritional programs.

Six months later, Alltech E-CO2 revisited the farms for follow-up evaluations. Greenhouse gas emissions had been reduced by 2.8 pounds per cow per day. In addition, the audit found the farms were averaging a 2-pound increase in milk, with reduced incidence of mastitis, metritis and lameness. Between increased milk yield and improved fertility and health, farm profits were estimated to have increased by $253 per cow per year.

Alltech E-CO2 clients are provided with an interactive tool that lets them determine on their own the amount of greenhouse gas emissions being produced by their operations.

“The What If tool offers a quick point in time,” said Andrew Wynne, general business manager at Alltech E-CO2. “You have a conversation with a farmer, and within five minutes, they have information on where they have the best chances of making improvements. It’s really quite visual and quick.”

The tool is also available in versions designed for beef and lamb producers.

Even the matter of how feed supplements are provided to cattle hasn’t escaped environmental consideration.

The Alltech-owned Ridley Block Operations manufactures the BioBarrel®, an edible feed supplement container that is literally eaten along with the supplements. Think of it as an ice cream cone for cows. 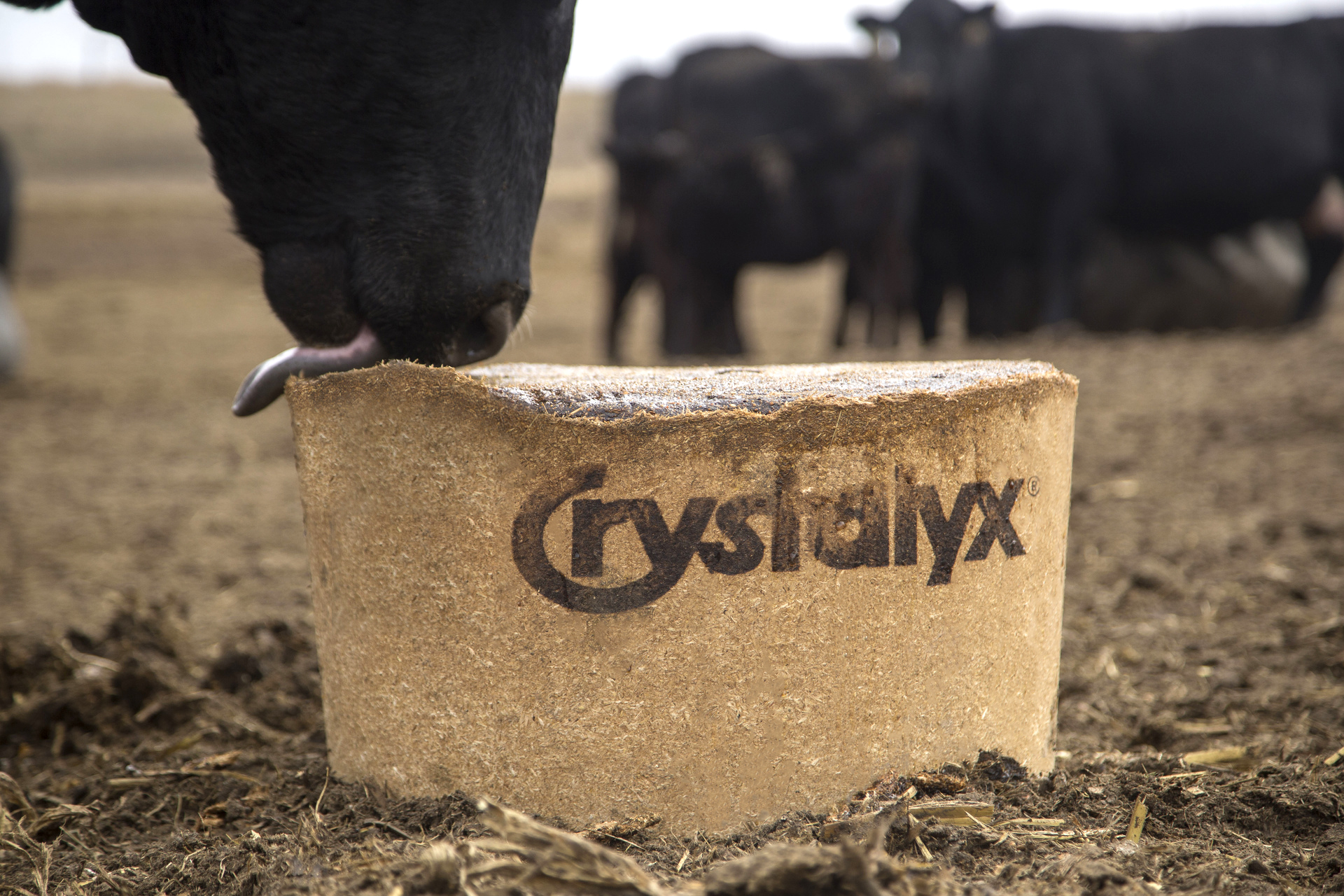 The BioBarrel is made from 100 percent renewable materials and is designed to degrade as livestock consume the low-moisture block it contains.

The low-moisture block supplement is manufactured by heating up molasses and then cooling it into a very hard block that can only be licked, providing additional protein, vitamins and minerals to grazing herds. Low-moisture blocks feed the rumen’s microbes, giving the microbes the ability to break down mature/dry forage efficiently and convert it into energy.

The product is also beneficial to the producer.

Additionally, the BioBarrel can have a significant impact on land management and conservation. The barrels can be strategically placed to attract cattle to areas that were previously unused, giving them an incentive to remain there long enough that a good share of the forage is utilized.

A solution to increasing regulations on mineral pollution

Livestock in many parts of the world have been overfed inorganic forms of trace minerals, such as copper, manganese and zinc, to offset their inefficient digestibility. As a result, the excess ends up in manure.

“Many countries around the world have already passed legislation restricting the use of trace minerals because this overfortification has led to pollution,” noted Steve Elliott, global director of the mineral management team at Alltech.

“Some of the levels of trace minerals, particularly zinc and copper, have gotten so high that it’s actually above the legal limit to spread out into fields for use of growth of forages and/or grain, and now we’re stuck with it,” he continued. “It’s many, many tons of excretion that are above the legal limit to actually spread for fertilizer. That’s becoming a big issue all around the world.”

Alltech is a leading producer of organic trace minerals for livestock. These organic minerals can be fed in much lower levels than inorganic minerals because they are more efficiently and thoroughly digested by the animal.

The company’s Total Replacement Technology™ (TRT) is helping producers comply with increasing anti-pollution regulations by offering a way to feed fewer minerals to their livestock and get optimal performance results.

“We’re talking about 75 percent less of these environmental contaminants being produced by a cow or a pig,” said Dawson. “That is a tremendous impact. And, in places like the Netherlands, where they have a cap on the levels of copper and zinc that can spread on the soil, it allows you to grow about three times as many animals on the same amount of feed and land.”

TRT has been used in most production species: swine, poultry, cattle, as well as in many different phases of poultry production, whether egg-producing layer birds, broilers or breeders.

This same concern about how trace minerals impact the environment is shared in Alltech’s crop science division.

“We are extremely concerned with sustainability,” said Dr. Steven Borst, general manager of Alltech Crop Science. “The minerals that we incorporate into the plant nutrient side of the business meet the same quality standards that we adhere to on the Alltech feed and animal side.

“No one cares more about land and the environment than a farmer,” he continued. “They understand what’s occurring from a biological perspective. Their cropland is like another child to them. They want to produce as much as they possibly can without compromising their soil for the future."

China is turning its attention to the impact of livestock production on the environment, and on soil in particular.

One-fifth of Chinese soil is fallow, “a consequence of exposure to heavy metal contaminants,” according to a bulletin issued by China’s Ministries of Environmental Protection and Land and Resources.

In recent years, hundreds of thousands of small farms across China have been forced out of operation as Beijing has carried out a campaign to clean up the world's biggest livestock sector, according to Reuters.

Alltech is engaged in a survey project in China to investigate pollution levels of minerals and heavy metals in animal manure. Current levels of copper, iron, manganese and zinc are very high. But the application of Alltech’s Bioplex® trace minerals has not only significantly reduced mineral release in manure — it has also decreased levels of heavy metals such as chromium, according to Alltech researchers.

And in March of 2017, the company signed a memorandum of cooperation with the Soil and Fertilizer Alliance of China (SFAC) to improve soil quality and protect the environment from further degradation.

Dr. Mark Lyons, Alltech’s global vice president and head of Greater China, is vice president of the Soil and Fertilizer Alliance of China (SFAC), which aims to improve soil quality and protect the environment from further degradation.

Under the agreement, Alltech is sharing its expertise in microbiology, enzyme technology and nutrigenomics with SFAC to enhance environmental agriculture research in China.

“Alltech has solutions to help livestock farms reduce pollution in animal manure, compost manure to a higher quality of organic fertilizer and improve crop and animal health and performance by adding nutritional value more naturally through our research-based technologies,” said Dr. Mark Lyons, Alltech’s global vice president and head of Greater China, who has been named vice president of the SFAC.

ACE-ing it across the board

From offering sustainable solutions and expertise in environmentally challenged China to providing viable, environment-friendly alternatives to inorganic trace minerals, chemicals and even plastic feed containers, these examples highlight the many ways Alltech is living up to a late-‘80s commitment to sustainable agriculture.

The ACE principle is carrying forward a deeply embedded corporate-wide focus on safely sustaining the feeding of a world population that is beginning to outgrow the planet’s resources.

Next in our ACE series: a look at the “A” in ACE. We’ll examine Alltech nutritional technologies and feeding strategies that result in healthier, better-performing, more efficient food-producing animals, with a view toward sustainability and reduced environmental impact. 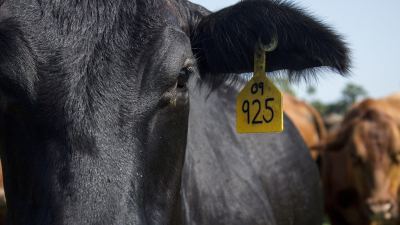 Dr. Frank Mitloehner has done the math on the livestock industry’s contribution to climate change. He is a professor in the Department of Animal Science at the University of California, Davis, specializing in measurement and mitigation of airborne pollutants from livestock production, including greenhouse gases, VOCs, ammonia, hydrogen sulfide...

Bear Grylls, Chris Zook to take mainstage at ONE: The Alltech Ideas Confere

ONE: The Alltech Ideas Conference (ONE19) returns May 19–21, 2019, in Lexington, Kentucky, to welcome everyday heroes united by the search for inspiration, motivation and ONE meaningful idea. Keynote speakers who will anchor ONE’s 35th annual exploration of transformative ideas include adventurer Bear Grylls and leadership author Chris...

For Coppens International, now known as Alltech Coppens, which was welcomed into the Alltech family of companies on June 6, 2016, its 25th anniversary this month will be a celebration of past achievements as well as looking to the future. ...