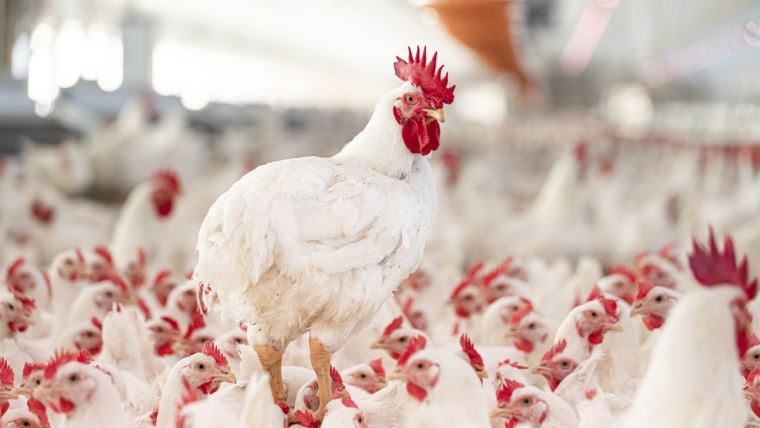 Antibiotic-free poultry production has been a hot topic in recent years. Many countries have banned the use of antibiotics in animal feed as growth promoters due to concerns about antimicrobial resistance. In other countries, antibiotics that are medically important for humans have been voluntarily or regulated to be removed or significantly reduced in poultry production. There are also places where veterinarians prescribe antibiotics, and sick poultry can still be treated if a veterinarian deems it necessary.

Some restaurants and retailers have chosen to only use antibiotic-free poultry (e.g., “raised without antibiotics,” “no antibiotics ever,” etc.), in which no antibiotics can be used during poultry production.

Whether antibiotics are reduced or eliminated in poultry production, producers who manage poultry in these systems share the major goals of:

1. Ensuring good intestinal health in poultry to optimize growth performance as well as prevent poultry diseases, such as necrotic enteritis and coccidia.

How are antibiotics used in global poultry production?

The three main programs regarding antibiotic use in global poultry production are:

1. “No antibiotics ever” or “raised without antibiotics”: Poultry that has never been fed any antibiotics (including ionophore anticoccidials). Products from these systems are clearly labeled to differentiate them from other production systems.

2. Reduced antibiotic use: Allows antibiotics not used in human medicine (e.g., chemical and ionophore anticoccidials), excluding medically important antibiotics. This type of production may label the meat in some countries, while it may be the standard production system in others.

3. Antibiotics used as growth promoters (AGP): Some countries still use antibiotics at lower levels with the intent to support poultry growth. However, if producers from these countries are exporting to markets with reduced antibiotic use/“no antibiotics ever” production policies, then they must meet those specific criteria.

Decades after the invention of penicillin by Sir Alexander Fleming in 1928, antimicrobials came into wide use in the global poultry industry in the 1940s to treat parasitic diseases and specific bacterial infections, as well as to improve growth and efficiency.

According to World Health Organization (WHO), antibiotic resistance occurs naturally, but misuse of antibiotics in humans and animals accelerates the process.

There is an acknowledgment that human medicine is the primary driver of antibiotic-resistant infections in humans. However, “no antibiotics ever” poultry production in many developed countries has become increasingly popular due to a consumer perception that antibiotic-free produced poultry is superior to conventionally raised poultry, even if that poultry is raised with reduced antibiotic use.

From a regulatory standpoint, many countries across the globe have introduced policies regarding AGP due to antimicrobial resistance concerns.

Some countries brought in overall regulatory change for all poultry production practices; several have made some regulatory changes, while in other countries, the industry voluntarily made changes. Some retailers and restaurant chains around the globe have chosen to produce or purchase poultry meat raised with reduced or no use of antibiotics. Overall, these examples show that the poultry industry continues to do what is needed to meet consumer demands.

What are common challenges of antibiotic-reduced or antibiotic-free poultry production?

Common challenges that poultry producers face when switching to antibiotic-free are poor gut health, reduced bird immunity and a decrease in growth performance.

One of the producers’ top concerns about not using AGP is leaving the birds more susceptible to gut health issues. A healthy gut is more than just the absence of clinical diseases; it is about sustainably producing birds to reach their full genetic potential.

Below is an infographic of a healthy gut that efficiently absorbs nutrients (top image) compared to an unhealthy gut (bottom two images). 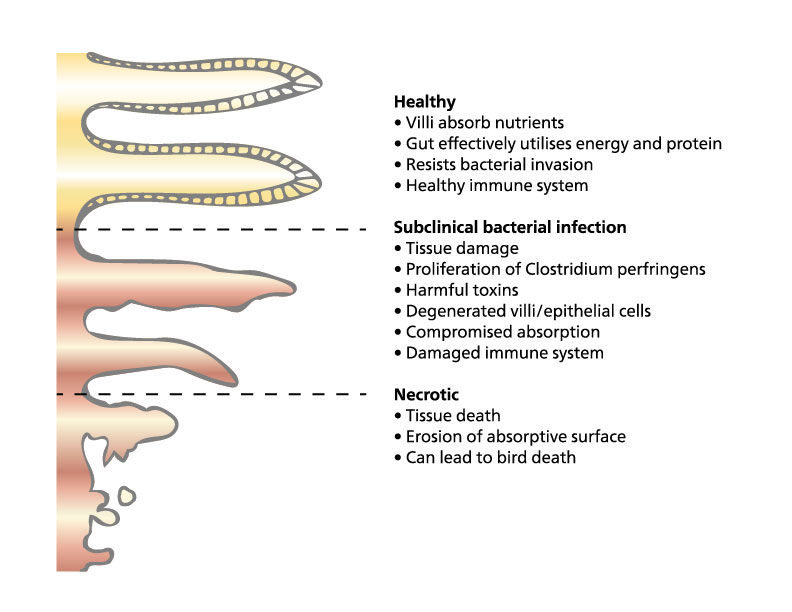 Another challenge when considering switching from traditional to antibiotic-free poultry production is poultry diseases, especially enteric diseases such as coccidiosis and necrotic enteritis (NE), caused by species of Eimeria and Clostridium perfringens, respectively. Consideration must also go to viral challenges, which may lead to secondary bacterial issues that take advantage of the weakened immune system.

In addition to disease, overall poultry health, growth and immune function can be negatively impacted by other stressors, such as feed, water, environmental and behavioral. These stressors, if significant, can themselves create issues. But problems can also develop if there are many small stressors, especially if these are combined with a low, moderate, or high disease challenge.

Depending on the challenge levels, the bird’s natural immunity will not be enough to manage the threat. Because of this, it is always better to work on a preventative rather than reactive basis. Prevention must be a holistic approach that considers feed, water, environment and bird management, as well as an implementable feed additive program. Typically, in antibiotic-reduced or antibiotic-free poultry production programs, a combination of non-antibiotic additives are included in the feed or water as alternatives to antibiotics.

How can producers address the challenges of antibiotic-reduced or antibiotic-free poultry production?

Reducing antibiotic use with the Seed, Feed, Weed concept

Imagine sowing seeds of crops you want to grow, fertilizing the crops for optimal growth and weeding out other plants that may prevent your crop from growing optimally. 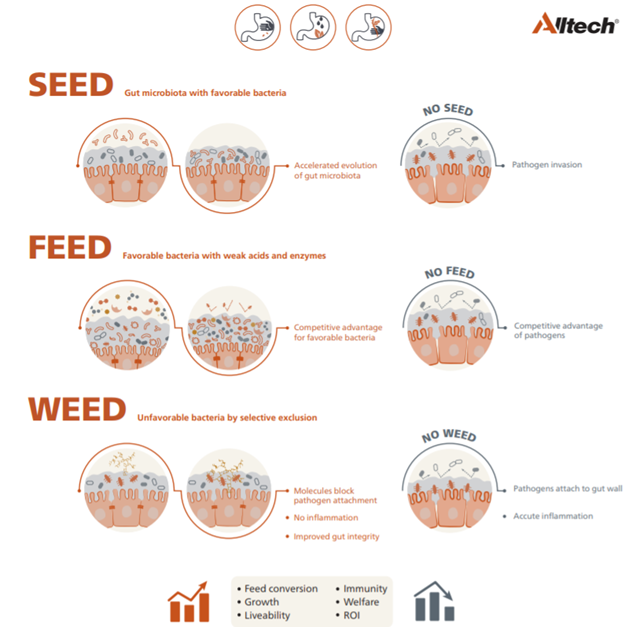 While antibiotics still have a crucial role in disease outbreak incidences, effective gut health management using the SFW program has been shown to reduce the need for antibiotic use in many commercial flocks, as well as enhance performance across several measures. Ultimately, the SFW program helps ensure poultry producers achieve more efficient, profitable and sustainable production.

As some producers have demonstrated, focusing on gut health is the foundation for performance and profitability in poultry production.

Paired with effective biosecurity, bird, water and farm management, the Alltech SFW solution helps producers get one step further on the path of improved performance and reduced antibiotic use. 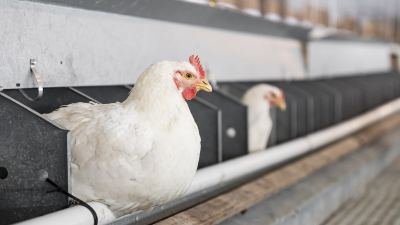 Identifying the truth about antibiotic use in farm animals can be difficult, with myriad points of view, opinions and even misinformation available online at the click of a button. We spoke with various poultry specialists about antibiotic-free production in poultry, feed additives in poultry nutrition and flock health to help us clarify the...