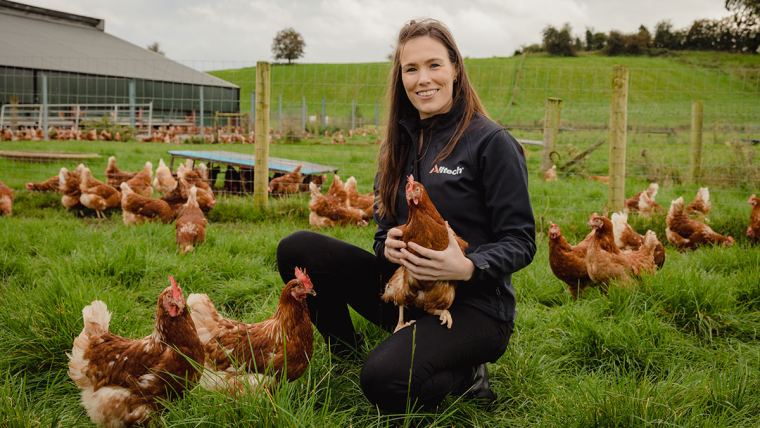 It is safe to say that the transition from cages to cage-free systems is the most important global trend for the egg sector since the removal of conventional cages. Having started in Europe, the cage-free movement has also gained prominence in the United States (where it is expected that the share of cage-free eggs will increase to about two thirds of the market by 2026) and in many other countries throughout the world. Indeed, numerous major egg producers, retailers, food service companies and hotel chains have already committed to transition fully to cage-free eggs by 2025.

Cage-free houses provide laying hens with greater space, enabling higher mobility and increased expression of the bird’s natural behaviour. However, even cage-free farming can be associated with some welfare concerns, which need to be addressed by egg producers.

Dust and ammonia levels are among the most critical parameters for air quality.

Chickens housed in cage-free systems have contact with the floor. An increase in bird activity will also increase the dust content of the air. Consequently, dust levels in cage-free buildings can be 5–15 times greater than in houses equipped with cages.

Ammonia (NH3) is generated from manure. The complete removal of manure is frequent in cage systems, especially in automated houses, but full removal of manure in cage-free systems can only be done after the premises are depopulated. Not surprisingly, ammonia levels are usually greater in cage-free than in cage houses. Litter-based systems are also associated with an increased frequency of intestinal disorders, which, in turn, lead to a higher ammonia level due to the lower absorption of nutrients and the increased moisture content of manure.

The higher aerial pollution in cage-free buildings can depress the immune system and increase the load of infectious agents. Indeed, it has been reported that total bacteria concentrations in the indoor air of cage-free houses can be 5–9 times greater than in premises equipped with cages, especially in winter. High levels of ammonia damage the epithelium of the respiratory tract, thereby favouring the colonization of air sacs and lungs by airborne E. coli and predisposing the flock to higher mortality. E. coli also attaches to dust particles, which then serve as pathogen disseminators inside the poultry shed.

De-Odorase® is formulated from proprietary extracts of Yucca schidigera, a desert plant that is sustainably planted and harvested by Alltech. Supplementing the feed with De-Odorase® can help to maintain a consistently lower air ammonia level in poultry houses, without any detrimental effect to flock productivity.

Wet litter and high ammonia content can lead to footpad dermatitis and bumblefoot, a painful footpad infection. While uncommon in furnished cages, the frequency of bumblefoot can be 3–4 times higher in litter-based houses.

On average, hen mortality rate is greater in cage-free premises, especially in free-range, compared to furnished cages. A thorough study performed in the United Kingdom, which reviewed the on-farm mortality of nearly 1,500 flocks, comprising over 13 million layers, provided striking evidence for this general trend. Despite a considerable variation between flocks, in all systems, the average cumulative mortality rate was clearly lower in cage (5.39%) than in cage-free production (8.55%, 8.68% and 9.52%, respectively for barn, organic and free-range flocks).

A higher prevalence of cannibalism, several bacterial infections, and internal parasites, plus the occasional occurrence of smothering, explain the higher average mortality rate associated with cage-free farms. Moreover, free-range chickens are at risk of predation and can become infected with important diseases, such as avian influenza and Newcastle disease, through contact with wild birds.

The contact of chickens with soil, litter and manure is prevented in cages, but not in cage-free housing. Therefore, the natural (faecal-oral) transmission route of several intestinal parasites, such as coccidia and worms, is interrupted in cages, but not in litter-based systems. Not surprisingly, these parasites are much more common in cage-free farms, and the resulting increase in mortality rate can be high, thereby seriously affecting bird welfare.

Histomoniasis (also known as blackhead), a disease that affects the caeca and liver of chickens and turkeys, is a fine example of the re-emergence of parasitic diseases in cage-free farms. The problem is greatly aggravated by the ban of traditional treatment options, due to human health concerns, in Europe, North America and many other countries. In the absence of treatment, flock mortality can be very high.

Feather pecking (FP) is a major welfare issue in laying hens. In its severe form, characterised by feather removal, FP can result in denuded body areas, often followed by pecking of the skin, wounding, bleeding and, in extreme cases, mortality due to cannibalism. Pecking around the cloaca (vent pecking), another type of injurious pecking, can also be a critical cause of internal infections (ascending route, via the reproductive tract), cannibalism and mortality in layer flocks.

Injurious pecking is a learned behaviour, passed on from one chicken to another and very difficult to control once an outbreak starts. Although it might occur in any housing system, this behavioural problem can spread more easily and become even more serious in cage-free flocks — given the larger group size, there are more birds to learn the behaviour or become victims of it. Accordingly, several surveys have reported that a high percentage of cage-free flocks suffer from FP (40–80%). The reported percentage of cage-free flocks affected by cannibalism is also substantial (up to 40%).

Besides the larger group size, other specificities of cage-free premises might contribute to the higher magnitude of injurious pecking (severe FP and vent pecking) on those farms. Free-range flocks are exposed to outdoor light, which is much more intense than indoor light, even on a cloudy day — higher light intensities increase the risk of injurious pecking. Ammonia levels are usually greater in cage-free sheds; elevated levels of ammonia have been linked to the onset of FP. Infestation by worms has also been associated with the triggering of injurious pecking.

Apart from the associated pain and stress, there is another crucial welfare consequence of severe FP: feather loss. Without proper feathering, the skin is at higher risk of injuries and birds lose insulation from draughts and cold weather.

Furthermore, damage to the tail and flight feathers of the wings affects flying ability, which, in turn, may increase the risk of bone fractures in cage-free layers.

Several authors have reported that bone strength is higher in cage-free than in caged hens. Paradoxically, the prevalence of keel bone fractures (KBF) is higher in cage-free layer flocks. Accordingly, KBF is a standout welfare concern in cage-free farms, with suggestions that might be the most critical welfare issue currently faced by the egg production industry.

Although the exact causes behind its development have not been completely identified, it has been proposed that housing and equipment characteristics might contribute to KBF.

Although laying hens housed in cage-free systems can move more freely and better express their natural behaviour, some factors can turn their welfare into a challenge. Namely, air quality, foot health, higher mortality rate, feather pecking, and keel bone fractures are important welfare concerns to cage-free egg production, which need to be addressed by egg producers.

In the next article of this series, we will discuss the role of gut health for a successful cage-free egg production.

This is the second article of a series from Alltech dedicated to the challenges of egg production in cage-free systems. In the next article, we will discuss the role of gut health in productive cage-free egg systems. 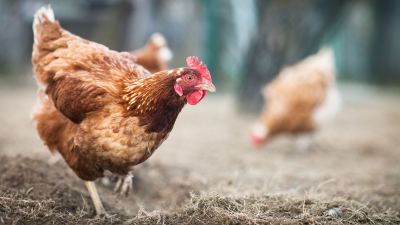