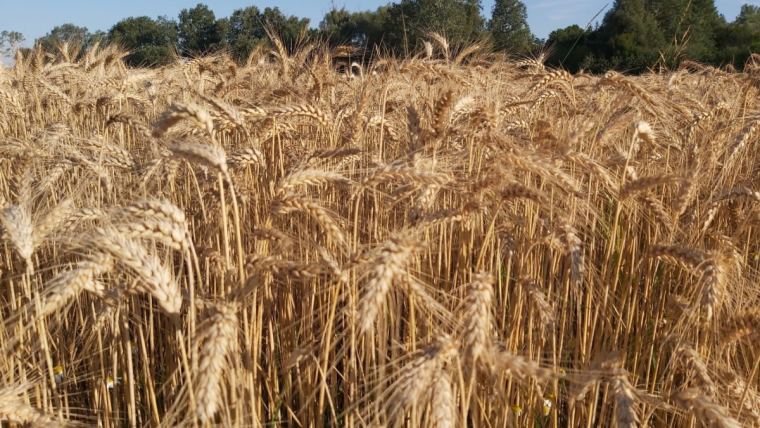 Each year, Alltech's European Summer Harvest Survey provides farmers and feed producers with an accurate view of the mycotoxin contamination risk across the continent, helping them make the most effective management decisions when it comes to feeding grains and silages over the coming months.

Weather patterns have been generally variable throughout the 2020 growing season. Many parts of Europe — particularly the eastern and southeastern regions — experienced very dry weather right through to harvest. Further west, excess rainfall became a dominant theme during the latter part of the growing season and continued through harvest, with the UK being particularly negatively affected.

This unpredictability in the weather has a direct impact on the presence of specific moulds and mycotoxins across different regions. However, one commonality amongst all mycotoxins is their ability to negatively impact animal health and performance, with symptoms such as reduced feed intake, damaged gut integrity, reduced weight gain and poor fertility all potentially indicating an on-farm mycotoxin challenge.

The preliminary results of Alltech’s 2020 Summer Harvest Survey are based on 176 samples of barley, wheat, corn, corn silage, grass silage, alfalfa haylage, grass, peas, oats, sunflower meal, triticale and soybean. These samples are collected from farms or animal feed production sites across Europe (including Russia, Spain, Portugal, Denmark, Hungary, Germany, the UK, the Czech Republic, Estonia, Latvia and Croatia) and offer a representative picture of the contamination risk in all regions. To ensure accurate sampling, all sample providers were advised to follow the principles of good sampling.

Mycotoxin testing is carried out at the Alltech 37+® mycotoxin analytical services laboratory in Dunboyne, Ireland. Each individual feed sample is tested for the 54 mycotoxins that are found most frequently in agricultural commodities intended for animal production. All 54 mycotoxins are analysed using the UPLC–MS/MS method, and for the purposes of data analysis, non-detection levels were based on the limits of quantification (LOQ) of the test method for each mycotoxin. Using the mycotoxin contamination results, along with information on the impact of mycotoxins on animal health and performance, a risk assessment is carried out to estimate the potential risk of the combined mycotoxins in feed samples, and this is expressed as the risk equivalent quantity (REQ).

The mycotoxin contamination levels identified in the 176 tests carried out to date indicate a moderate to higher overall mycotoxin risk from this year's harvested crops. The final mycotoxin risk will ultimately depend on the animal species and groups that are exposed to certain mycotoxin concentrations and combinations in the finished diet.

The results as of the time of publication show that 76% and 74% of all samples were contaminated with fumonisins and type B-trichothecenes, respectively. A noticeable trend in recent years is the growing presence of emerging mycotoxins; of the 176 samples analysed so far, more than 73% contained this group, which includes specific mycotoxins such as beauvericin, moniliformin, phomopsin A, alternariol and enniatin A and B. Zearalenone (ZEN), a mycotoxin that can have a significant impact on the fertility of most species groups, was detected in almost 10% of samples. Aflatoxin B1 (AfB1), a member of the Aspergillus species and a particularly harmful toxin, was detected in less than 5% of the samples that have been analysed — a percentage that is potentially lower than expected considering the dryer-than-normal conditions across much of Central and Eastern Europe this year.

There was a notable difference in the mycotoxin contamination levels of large grains (corn) and small grains (wheat, barley, oats). The average number of mycotoxins detected in corn samples was 7.6, while in small grains, it was 3.5. This variance is reflected in the REQ and risk of feeding these ingredients to specific species and animal groups. For instance, in sows and gilts, this year’s corn samples represent a higher risk of mycotoxins, but when small grains are fed to the same animals, the mycotoxin risk is deemed to be lower.

Table 1: Mycotoxin occurrence (%) in all samples collected during a four-month period in Europe

Highlighting the need for producers to consider the multiple-mycotoxin challenge, the results indicate that there were four mycotoxins detected, on average, in each sample analysed, with over 94% of the samples containing two or more mycotoxins. The number of mycotoxins present in feedstuffs is crucial, as feeds that contain multiple mycotoxins are a greater risk to performance and health than feeds that have only one or two. This can be the result of additive effects as well as synergistic effects between the mycotoxins. Almost all of the samples — 99%, to be precise — were contaminated with at least one mycotoxin.

Impact on species and animal groups

The average levels of mycotoxins identified fall below the EU-recommended levels for each of the mycotoxins when assessed individually. However, the risk level for productive species based on Alltech's risk equivalent quantity (REQ) varies from moderate to high when the multiple-mycotoxin challenge is considered. Pig producers should be aware that the risk level based on the average REQ for breeding sows and young piglets is deemed to be high. When the mycotoxin contamination levels are applied to poultry, the mycotoxin risk for breeding birds is moderate, while in broiler animals, it is low to moderate. In a ruminant setting, the results from the samples analysed so far indicate a low to moderate risk in dairy cows.

''Overall, the current results indicate a moderate to high mycotoxin risk across Europe this year, and producers must remain aware of how the risk and impact will vary between different species and animal groups, with breeding animals and youngstock being more susceptible,” said Dr. Radka Borutova, European technical support manager with the Alltech® Mycotoxin Management team. “We know that feeding even low-level contaminated feeds has been shown to impact animal health and performance, so even in lower-risk scenarios, producers should not neglect the need to guard against the threat of mycotoxins.''

Vigilance is always advised when feeding cereals in animal feeds, as these can originate from many different sources. Producers must measure the risk in their own operations and utilise mycotoxin testing and effective management programs to ensure the least possible threat to the health and performance of their animals.

The mycotoxin risk for some later-harvested feeds, such as corn and maize silage, has yet to be fully identified, with complete survey results expected in late November.

Sign up here to receive your copy of the Alltech European Summer Harvest Report!