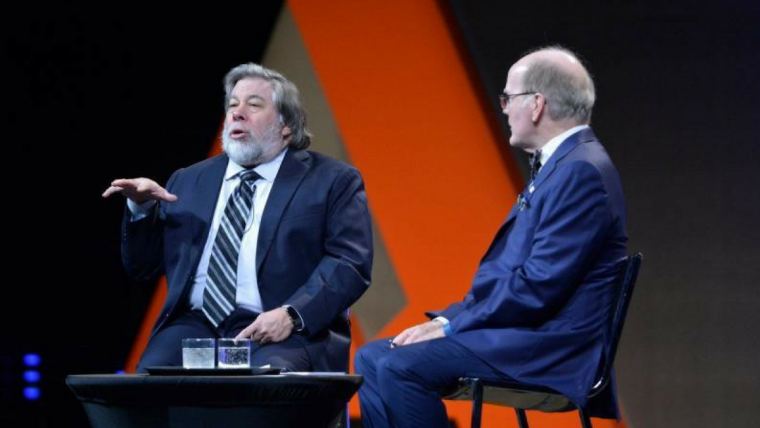 Apple has created some of the most innovative products in the world. Steve Wozniak was the mastermind and engineer behind the Apple I and Apple II computers. Wozniak, recipient of the 2016 Alltech Humanitarian Award, addressed a packed house at ONE: The Alltech Ideas Conference to talk about his vision and how he sees computers in the future.

“I wanted to make a machine that could do what no other machine was able to do,” said Wozniak.

His main goal was to make something possible that nobody expected could happen. He accomplished this with both the Apple I and Apple II computers.

Wozniak described his early days working on computer designs and trading ideas with other members of the Homebrew Computer Club in Palo Alto, California. This was before Steve Jobs was around.

“I was trying to help all these other people in our club who wanted to start a revolution. We used the word revolution and everybody in life kind of wants to be part of a revolution because it always leads to better, supposedly. And I wanted to be part of it, so I gave away my design of this computer. I would show it off every two weeks at the club.”

Wozniak surrounded himself with people who wanted social change.

When he was young, he told his parents he wanted to be either an engineer or a fifth grade teacher. He cared a lot about education and even became a volunteer elementary school teacher for eight years.

Wozniak said his goal was to help kids get back in school and “stop kids from dropping out, because some kids are dropping out now around 8 years old or something crazy like that.”

He started working with a girl in the fourth grade during his first year of teaching.

“Her mother told me she wasn’t interested in school and learning anymore,” he said.

So Wozniak took an Apple computer to her house. The Apple computer wasn’t popular at the time, so it was something new to the girl. He continued to visit her house all throughout the year.

“We would spend about two hours a night just typing away, writing papers,” he said.

She ended up finishing college and made the dean’s list all four years.

Wozniak started Apple with Steve Jobs when they were young with no money, no savings and no business experience. He closed by recommending the three types of people that young entrepreneurs need to start a business: