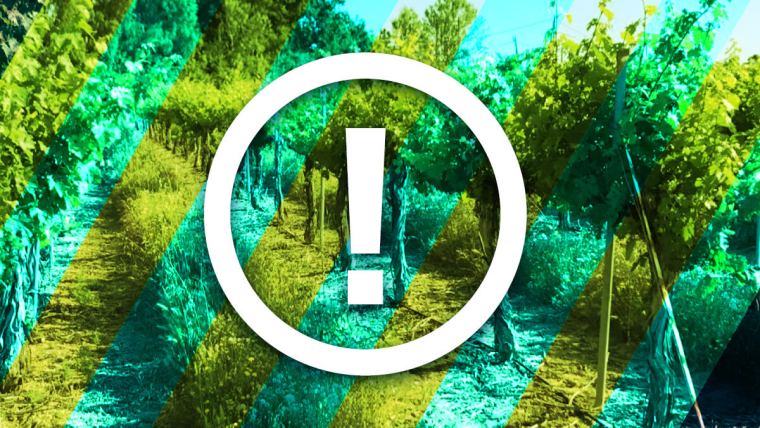 Helping grape vines thrive through the symptoms of ESCA can mean growers can still reach their goals.

Esca, one of the biggest threats to global grape production, is a complex fungal disease. It involves various fungal pathogens that combine to attack the plant’s main trunk and can destroy it within a few days. There is no questioning the unstoppable pace at which esca progresses.

While a previous article explored the history and economic impact of esca, in this article, we will delve into what we know about its biology.

Esca sensu stricto was the name given to white rot in the trunks of mature plants. The accompanying symptoms that manifest on leaves, on the other hand, are the result of extensive colonization of the trunk by pathogenic fungi, not the white rotting fungi.

According to recent studies, the three primary fungal pathogens that are associated with esca include:

In every case, the wood of the vines is infected after pruning, with fungi developing and progressively colonizing the tissues of the grapevine. Slowly, the fungi impact the flow of sap in the wood, clogging its vascular system; subsequently, the parts of the vine without sap flow begin to die. The symptoms of esca only appear five to eight years after the first contamination — but when esca is present in its apoplectic form, these symptoms are so intense and spread so quickly that the vine can die in a matter of days.

The most favorable conditions for esca are temperatures between 70–90° F with a humidity level of 60% or more. The especially high temperatures of summer are favorable to the apoplectic form of esca. The environmental factors favored by esca are still not well understood, however, and the different fungal pathogens associated with the disease can react differently to these parameters.

When it comes to their sensitivity to esca and other wood diseases, not all grape varieties are equal. Although more than 50% of grape varieties are usually attacked by esca at rates of 5% or more, some, like pinot noir 51 or Syrah, have very low levels of esca, while Cabernet Sauvignon and Riesling are affected more often.

A 2015 study run by M. Jourdes at the University of Bordeaux and the Institut National de la Recherche Agronomique (INRA) investigated how esca could affect the quality of both the grapes and the wine made from the affected grapes. The study concluded that grapes affected by esca exhibited an important delay in maturity, which included less sugar (-10%) and more acidity (+20%), in addition to reduced yield. When grapes from the affected vines were incorporated, even at levels as low as 5%, the sensory properties of the wine were significantly altered, including decreased fruity aromas and an elevated earthy/vegetal/herbaceous character.

Since the ban of sodium arsenite, no efficient treatment for esca has entered the market. Some recent studies have considered the effects of incorporating solutions that could activate the natural defense reactions of the plant in conjunction with molecules that exhibit antimicrobial properties.

Alltech Crop Science, a global leader in innovative organic solutions, is studying alternative ways for farmers to protect their vines. The Alltech nutrigenomics research team has been studying nutritional programs that could activate the plant’s defense genes, allowing it to better defend itself against diseases like esca. Our global research partners — particularly in Spain — are also leading the charge to solve this problem, with promising initial results.

I want to learn more about natural crop solutions.

How can the dairy industry reduce its environmental hoofprint? Michael Boccadoro, executive director of Dairy Cares and president of West Coast Advisors, explains how California is leading the world in reducing methane emissions from cattle and how other regions can adopt new dairy technologies and practices for more sustainable production....

Protix is a Dutch nutrition company working to improve future food-production systems by using insect-based foods. Founder and CEO Kees Aarts joins us to discuss what inspired him to pursue creating alternative feed for animals and his vision for a future with less food waste thanks to insect-based ingredients....

Newborn piglet care is a challenge on every farm. In the early stages of their lives, these young animals are more susceptible to health issues that would never affect older, more developed pigs. These challenges can come from all angles, as disease-causing organisms (such as bacteria, protozoa and viruses) are present in every part of the farm...