Rediscovering the agronomic potential of Portugal

The agricultural sector in Portugal was, until recently, still highly traditional, with few technological advances implemented. This has changed over the last few years, however, with the adoption of and investment in new technologies across a variety of areas, including irrigation, soil mobilization, pest and disease control and fertilization.

One of the most significant changes dealt with the types of crops being grown by these Portuguese farmers, who began to look beyond Portugal and focus on cultivating products that could be more competitive on a European scale, including fruits and vegetables. Their farming practices have also been progressively updated to make sure that they fit in with European regulations. A greater emphasis has been placed on sustainable practices with decreased residues to ensure that the crops are marketable in areas beyond Portugal.

These updated farming practices have led to an increase in productivity and competitiveness, as well as a more efficient use of resources. Over the past 20 years, 3.2 million acres — almost a third of the agricultural area under cultivation in Portugal — had been neglected, but now, there is a greater productivity of the cultivated area and a new entrepreneurial spirit driven by a new generation of farmers.

A generation of farmers that was raised on a family farm is also becoming more prevalent, and with this influx of fresh eyes also comes the implementation of crop diversification. A farm where, previously, only corn was cultivated, for instance, may now also grow tomatoes, sunflowers, carrots and other crops.

Rejuvenating the agricultural fabric of Portugal was imperative, since more than half of farmers in the country are older than 65. With the embrace of new technologies to meet market demands, Portuguese agriculture today is more innovative, professional, productive and customer-oriented.

In 2015, Portugal ranked 41st for exports in the global agri-food industry. The main products the country exported included olive oils, tomatoes and wines. Portugal’s agricultural exports go to 153 countries, with Spain, Brazil, France, Italy and Angola as its biggest external markets. Fresh fruit accounted for 40 percent of the value of those exports, with special emphasis on small fruits, oranges and Rocha pears, which were the best performers in 2016.

However, the country is also heavily dependent on cereals and oilseeds, whose import volume accounted for 42.4 percent of the total agricultural imports during 2006–2010. While Portugal is not yet seen as competitive in dryland cereal farming, the national production of irrigated grain — particularly maize — has been on the rise.

The sector must continue to strengthen its exports and its presence in foreign markets, affirming the quality that sets its produce apart. Portuguese agricultural products are attractive to countries and customers looking for products from southern Europe, thanks to the mild and differentiated climate that the Atlantic Ocean provides. Portugal has a reputation for food safety and is recognized as a region whose products feature appealing colors, flavors and aromas.

To learn more about international agronomic practices and how you can implement updated technology in your operation, visit www.alltech.com/cropscience and sign up for our Top Crop newsletter today.

I want to learn more about agronomic practices. 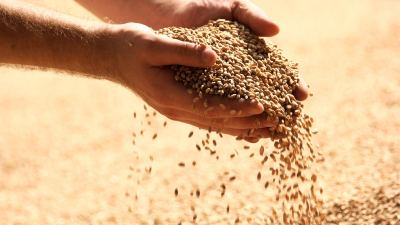 Food production is required to almost double to meet the needs of the world population and the global demand for protein, putting pressure on the livestock sector to maximize output while reducing the usage of resources. This will make animal feed the largest and most important component in the industry to provide healthy and sustainable animal...