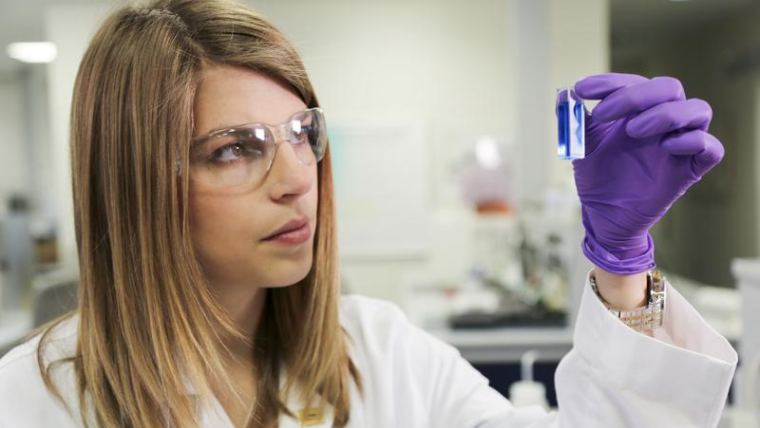 In this series, we have investigated the many ways Alltech has harnessed bioscience under the guidance of its ACE principle to reconcile producer profitability with agriculture’s impacts. All of this against a backdrop of a burgeoning global population and increasing concerns about our environmental stewardship. Part four concludes the series with an overview of ACE: where it came from, what it has inspired and how it is leading the company into the future.

Serendipity can happen in a sentence. Consider the origin of the Alltech ACE principle, the architecture of a corporate research and development framework that materialized in the mind of company founder Dr. Pearse Lyons while traveling the world nearly 30 years ago.

“We were talking about the things we were doing, the products we were developing and the move against antibiotics,” recalled Dr. Lyons. “Professor Archimede Mordenti, from the University of Bologna, who sadly passed away, was the chairman of a meeting in Italy. He said, ‘I don’t know if you realize it, but you are describing a company that will be friendly to animals, consumers and the environment.’ He could see where we were going, even before we could.”

“ACE” has since become firmly embedded in the Alltech DNA, a guiding reminder that the company’s product lines, programs and concepts must benefit the animal, the consumer and the environment.

That’s a tall order, and it has taken time for the agriculture industry’s priorities to shift in the direction of this more holistic philosophy.

“ACE was not popular amongst animal farmers when first proposed at the Alltech Symposium in 1989 by professor Mordenti,” said Aidan Connolly, Alltech's chief innovation officer and vice president of corporate accounts. “Most believed that animal production should only focus on food availability, affordability and safety. How far our industry has come.”

This vision was indeed somewhat radical at a time when the application of chemicals and antibiotics dominated agriculture’s approach to issues impeding productivity.

“Dr. Lyons decided from the beginning that it was not going to be a chemical or antibiotic-based approach to food animal nutrition,” added Dr. Kate Jacques, Alltech nutrition director. “They were going to dump money into research to find new ways around it. Thirty years ago, that was a very radical idea. It was one we had to drag into the light.”

“We went against the stream,” remembered Dr. Lyons. “Indeed, on a couple of occasions, when we made awards to people who had made breakthroughs, the industry reacted against us and we lost customers. However, we stuck to our guns, and the fact now is that we have literally billions of chickens and pigs around the world on the Alltech Antibiotic-Free program.”

Scientific to the core

Science in support of sustainability is the foundation of ACE. But in the early days of the company, industry resistance to this idea was not the only obstacle the company had to overcome.

“We were starting a business in Kentucky, and we did not have the people with the specific knowledge in the areas that we were to be working,” noted Dr. Lyons. “So, we had to effectively develop our own team. Therefore, we developed the people through our Ph.D. and master’s degree programs.

“We are very proud of the fact that we have had over 260 people do their master’s degree and Ph.D.s with us,” he continued. “We pay two-thirds of the cost, and they pay one-third. When they finish their program, we pay them the one-third of the cost, plus another one-third. It is by reinvesting in education that we have been able to build our business.”

An architecture for ideas

Creating such career-advancing educational opportunities has attracted dedicated, highly educated professionals to work within the ACE structure. Their innovations have positioned Alltech to offer an array of sustainable alternatives to the use of chemicals and antibiotics in farming.

Among the earliest products in the company portfolio is Sel-Plex®, Alltech's proprietary organic form of selenium yeast. Manufactured to mimic Mother Nature, this organic form is better absorbed, stored and utilized by the animal than inorganic selenium.

“We pioneered the fact that you could use one-third the level of minerals if you put it into the biologically appropriate form,” said Dr. Lyons. “As a matter of fact, you will see a two-thirds reduction in pollution and, indeed, improvement in animal and human performance.”

A turning point was reached 10 years ago in Alltech’s work in nutrigenomics, the study of the interaction of nutrition and genes, especially in regard to the prevention or treatment of disease: humans may also see a direct benefit from Alltech’s mineral technology.

The research has indicated that when fed to animals, Sel-Plex favorably altered the activity of certain biological pathways associated with several serious human illnesses, Alzheimer’s disease prominent among them.

“Out of this work came the observation by the late professor Bill Markesbery of the University of Kentucky’s Sanders-Brown Center on Aging that there was an opportunity on the human side for Alzheimer’s patients,” said Dr. Lyons. “From his observation, we launched a research program to find the active ingredients. Here we are today with our AT-001 (Sel-Plex) now in Phase II of the FDA’s clinical studies for Alzheimer’s.”

In recent years, the agriculture industry has been turning to these rapidly emerging, often revolutionary technologies to support production and profitability while sustaining a healthy environment and serving an increasingly aware and demanding consumer.

“The ACE principle has long served as the primary driving force and standard for developing all new research, product lines and applications,” said Dr. Karl Dawson, Alltech’s chief scientific officer. “It is truly part of our research culture at Alltech. Our approach has always been to use the most recent biotechnologies to investigate, develop and apply natural solutions to many of the problems that limit the efficiencies of agricultural production.”

These have included the science of nutrigenomics, as well as some of the most advanced tools in molecular and analytical chemistry, and trend-setting fermentation technologies.

“From a consumer standpoint and part of ACE, the consumer is driving down inputs on crops,” noted Dr. Kyle McKinney, Alltech Crop Science development manager for Central America and the Caribbean. “They want healthier foods for their families to eat. That’s the big reason we started the project in Costa Rica, but that’s really the overall spectrum of Alltech Crop Science.”

Deploying Alltech’s soil-microbiome stimulating Soil-Set® and plant nutrition supplement Agro-Mos®, McKinney and his team have developed a consumer- and environment-friendly alternative to the practice of weekly aerial sprayings of chemical fungicides.

In the interest of ethical productivity

Animal health and welfare have always been a key component of Alltech research and product development strategies.

“The well-being of animals is not only important to our view of the ethical treatment of livestock, but also results in more productive agricultural practices,” said Dawson. “This has resulted in the development of feed supplementation strategies that use natural ingredients and fermentation products to improve health and improve nutrition.”

Alltech animal nutrition strategies are designed to benefit the spectrum of species, from ruminants and swine to poultry and fish, to horses and pets.

“Apart from strictly reducing the amount of a pollutant like methane that comes from an animal, we also look at the efficiency with which these animals produce food for humans, said Alltech research project manager Amanda Gehman. “If we can have an efficient animal, that animal is by nature a more environmentally sustainable animal.”

An Alltech facility in Winchester, Kentucky, acquired in 2010, has since become one of the world’s largest commercial algae production sites. Work taking place there addresses the pressure on wild fisheries to provide fish oil and fish meal to the world’s expanding aquaculture operations. As a consequence of overfishing, many wild fisheries have been teetering on collapse.

“We believe we have a real solution in our algae that will reduce reliance on fish oil while increasing the amount of DHA available to farmed fish and, ultimately, to consumers,” said Dr. Jorge Arias, Alltech’s global director for aquaculture.

The new Alltech Coppens Aqua Centre in the Netherlands is working to deliver new technologies, including algae, aimed at achieving greater efficiency and sustainability.

Concern for the consumer

Why would an animal feed company have interest in ensuring high levels of DHA?

Western diets are seriously deficient in this omega-3 fatty acid that is a primary structural component of the human brain, cerebral cortex, skin and retina. Yet, vertebrates do not manufacture DHA, so it must be consumed in our foods.

“What we’re doing with our DHA enrichment program is making omega-3 fatty acids more accessible to the consumer by adding them to food products that they already enjoy eating, that they already buy, that they already know how to prepare, that are fairly inexpensive and are convenient,” explained Nikki Putnam, registered dietitian nutritionist and a nutrition solutions specialist at Alltech. “So, chicken, eggs, dairy products, beef, bacon — we can put DHA in all of those food products.”

Where all of this is going

Alltech continues to invest in natural-based approaches to agricultural production. Over the last decade, guided by its ACE “North Star,” the company has embraced many new scientific technologies that can be used as tools to improve understanding of feeds and feed management.

Connolly, ever mindful of connecting the dots between farm and table, anticipates increasing consumer demand for products that are clean, in keeping with their values, aspirations, ethics and expectations.

“In fact, this fits with the ACE principle,” he noted. “Alltech’s development of new strategies to allow farmers to remove hormones from beef production, antibiotics of all types from the feed of poultry or pigs, to help reduce viral diseases or avoid parasitic challenges such as sea lice, all of these are animal-friendly, consumer-acceptable and don’t negatively affect the environment.”