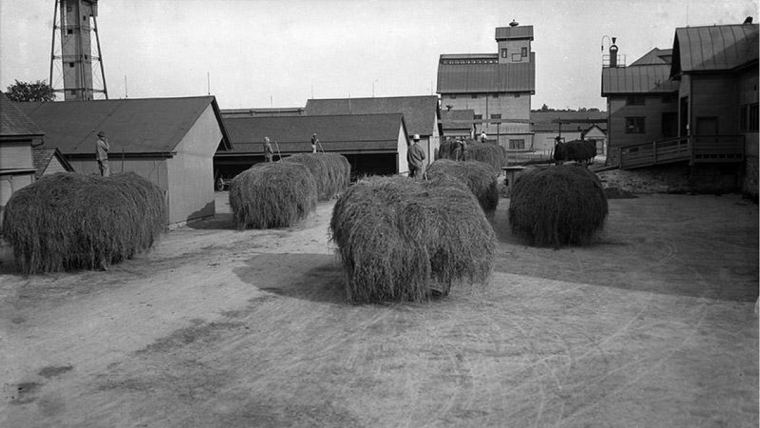 *This post is part of our My Favorite Farmer Contest. The author, Melissa Woolpert, is competing for a chance to win a trip to Alltech's REBELation Week. Find out how to vote for Melissa below.*

Agricultural practices have made countless improvements over the last few centuries. Today, the average American farmer produces enough food to feed 155 people. In the 1960s, one farmer could feed just 26 people. This improvement is paired with a reduction in farm land, fewer resources used to produce the food, and a smaller environmental footprint. All of this would not be possible without the contribution of farmers who have come before us. One farmer in particular, William Miner, contributed substantially to the future of agriculture, and his legacy lives on today.

William Henry Miner was born in 1862 in Juneau, Wisconsin. He was orphaned at a young age and sent to live with his aunt and uncle at the family farm in Chazy, New York. When William turned 18, he moved west and found employment in the railroad industry. When William was still in his 20s, he designed and patented a rail car spring draft rigging that vastly reduced damage to rail car frames by absorbing concussion during hitching. William’s design was used across the country, and he earned a fortune for his invention.

In 1903, shortly after his 41st birthday, William and his wife Alice returned to the family farm, which they named Heart’s Delight Farm. Upon his return, Heart’s Delight Farm was only 144 acres. William poured his heart and soul into the farm, expanding it into one of the largest food producing centers of the early 1900s.

A man before his time, William was also concerned with soil health and conservation. The crops he grew were challenged by wet, poorly drained soils. William adapted tile drainage, a practice of burying small clay cylinders deep under the soil to help transport excess water out of the fields. Tile drainage is still practiced today and has greatly increased the sustainability of crop production nationwide.

It goes without saying that William Miner was an outstanding farmer. His legacy lives on at the William H. Miner Agricultural Research Institute, located in the footprint of the original Heart’s Delight Farm.  The farm milks 380 registered Holstein cows and ships over 4,000 gallons of milk to a local cheese plant every day. In addition to the dairy, Miner Institute hosts students of all ages for events ranging from day long farm tours to yearlong agricultural internships. Miner Institute is also home to several dairy and environmental scientists who research ways to improve and support the future of agriculture, consistent with William Miner’s vision of the farm.

William Miner understood the need to feed the world long before it was trendy to be concerned with the growing population. William Miner recognized the importance of environmental conservation decades before it became a hot button topic. While there are countless other important farmers in the Northeast that also deserve recognition, I truly believe that most have been influenced by William Miner’s legacy.  Maybe they use tile drainage, or maybe they made improvements on their own farms based on recommendations from Miner Institute. Just like William Miner, today’s farmers produce nutritious food because they are passionate about agriculture, their land, and the success of the future generations. William Miner is my favorite farmer because he was a leader, an innovator, and a forward-thinking man whose significant contributions to society over a century ago live on in the spirit and passion of agriculture today.

Despite growing up in the Salinas Valley of California, where the majority of vegetables consumed in the United States are grown, I was completely removed from agriculture until college. During my freshman year at the University of Vermont I participated in a hands-on dairy husbandry program that opened my eyes to the amazing world of agriculture.

I began working part time on a local dairy farm my sophomore year in college. I graduated in 2013 with a B.S. in Animal Science and Microbiology and continued working full time on the dairy for the next year. As I learned more about farming, it became apparent to me that the average consumer is extremely removed from agriculture and at the same time wants to know more about where their food comes from and how it was raised. This paradigm sparked my interest in agricultural outreach and advocacy, and I became eager to learn more about the political and societal aspects of agriculture. For this reason, I decided to pursue a Master’s of Science degree in Food Systems at the University of Vermont.

I was awarded a graduate research assistantship through the William H. Miner Agricultural Research Institute in upstate NY. After I complete my Master’s Degree in May of 2016 I would like to work in agricultural advocacy and consumer communication. When I am not in class or doing research, I like to spend time hiking, cooking, and more recently blogging at www.countrybychance.com.

Melissa is competing in our Alltech's Favorite Farmer Contest. The contest was open to attendees of AgChat's National Collegiate Congress. If her post receives the most votes she will win a trip to Alltech's REBELation week, May 16-21 in Lexington, Kentucky where she will meet all sorts of farmers and other agriculture people from all over the world. 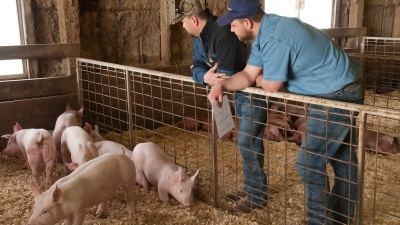